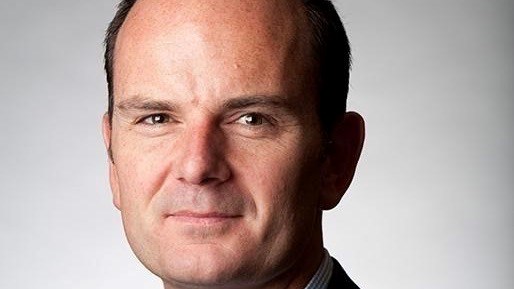 BT has created a new unit called ‘Division X’ within its Enterprise division and has appointed Marc Overton as Managing Director, starting 14 February.

The unit has been set up to develop and deliver what BT describes as ‘unique customer solutions’ – AKA bespoke services – for enterprise customers using key building blocks such as private 5G networking, edge computing, IoT and AI capabilities, a move that essentially addresses some of the hottest opportunities in the enterprise communications sector right now.

And as TelecomTV has just outlined, telcos such as BT are desperate to play the leading role in the delivery of private networks to enterprises, but aren’t necessarily regarded as the prime candidate to deliver exactly what those enterprise users need. (See Private 5G: It’s looming, but what can telcos bring to the party? And are they even being invited.)

But as with all telcos, BT is bullish about the appeal of its service offerings and its ability to attract the hearts, minds and wallets of enterprise customers. “These technologies will provide the foundations to fuel the digital transformation of high growth industries such as healthcare, transport and logistics, putting BT at the heart of building the UK’s economic recovery,” the operator gushes in its announcement.

Overton, who will report to BT Enterprise chief Rob Shuter, will join from IoT technology specialist Sierra Wireless: He has also worked at Jasper (another IoT business that is part of Cisco following a 2016 acquisition), EE (now, of course, the mobile division of BT) and Orange UK (which became EE). Those roles have given him “extensive knowledge across mobile, IoT, cloud, software-as-a-service and managed services – all of which are strategic growth areas for BT’s Enterprise division.”

The creation of Division X (which, one has to say, is not the kind of name usually assigned to a traditional telco unit) is part of BT’s effort to present itself to enterprises as a company that is about more than just connecting a line and picking up the monthly payment. As Overton himself puts it, providing these ‘unique’ services that tie in directly to an enterprises specific business and operational needs could shift BT’s Enterprise division from “a telco” to “a tech co by expanding into adjacent services which go beyond traditional calls and lines.”

And there’s no doubt that message and effort will resonate with enterprises – but telcos have been trying to reposition themselves as tech partners to the enterprise market for years and with limited success.

And, of course, Division X faces a lot of competition, particularly from systems integrators, technology vendors (Ericsson and Nokia would also love to command such business) and, of course, the other CSPs, including Vodafone Business, Virgin Media O2 (which is keen to ramp up its activities in the business services sector), Orange Business Services, Verizon Business and more.

So what is Overton’s starting point and what kind of market is he chasing? Well, BT has been developing its private 5G offer for some time – it has been involved in the Worcestershire 5G Testbed for way more than a year, so it knows the kinds of technologies and support capabilities needed for smart manufacturing facilities. But we’re still waiting to hear from BT about how many private 5G deals it has already snagged and the estimated total addressable market (TAM) value that Division X has in its sights.

The creation of Division X, and an external hire with relevant experience, is an interesting and important move for BT, and we look forward to seeing what the new unit will have to offer.