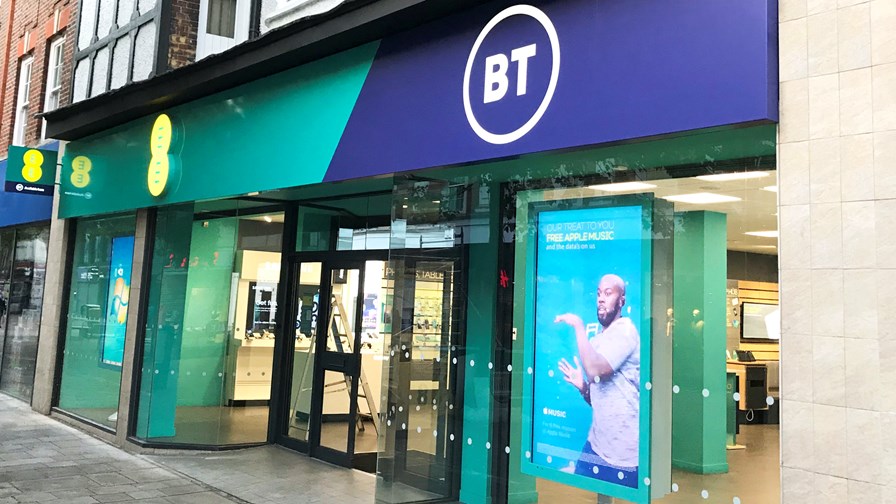 Bad news for British broadband customers, a step towards a safer Internet in Europe, and word of a revived M&A deal for Telenor top today’s news pile.

BT is facing strong criticism for its decision to hike consumer broadband and phone line prices by an inflation-busting average of 9.3%, especially at a time when UK households face the prospect of soaring domestic bills (particularly for utility services) in 2022. While BT notes that prices won’t change for “financially vulnerable customers on BT Home Essentials, BT Home Phone Saver and BT Basic,” and tries to justify the move with a list of reasons why it has to charge more (retaining investor dividends wasn’t mentioned), the operator has attracted criticism for the hike in the UK media, with one national newspaper (The Telegraph) referring to the price increases as a “work from home tax” and estimates that 14 million customers will see their bills increase from the end of March. BT isn’t alone – Vodafone UK is increasing its broadband prices by 9.3% and TalkTalk by 9.1%.

In more positive news for BT, its mobile division, EE, is by far the best-performing cellular service provider in the UK, based on extensive testing undertaken by RootMetrics (now owned by Ookla) during the second half of 2021. See this announcement for all the results and stats that are being shared.

The European Parliament has approved the Digital Services Act that aims to “tackle illegal content, to ensure platforms are held accountable for their algorithms, and improve content moderation.” Danish MEP Christel Schaldemose noted: “Today’s vote shows MEPs and EU citizens want an ambitious digital regulation fit for the future. Much has changed in the 20 years since we adopted the e-commerce directive. Online platforms have become increasingly important in our daily life, bringing new opportunities, but also new risks. It is our duty to make sure that what is illegal offline is illegal online. We need to ensure that we put in place digital rules to the benefit of consumers and citizens. Now we can enter into negotiations with the Council, and I believe we will be able to deliver on these issues.” You can read the European Parliament announcement here and also get some further detail on late amendments to the text of the Act in this EurActive article.

Telenor’s sale of its operating unit in Myanmar to Lebanese firm M1 Group is back on after the country’s ruling military junta gave its blessing to the sale now that M1 has a local partner on board as part of the deal. In July 2021, eager to exit the market due to an increasing number of restrictions, Telenor agreed to sell its Myanmar operations to M1 for $105 million, but the deal was blocked by the military in September, reportedly because there was no local involvement. Now Reuters reports the junta is ready to approve the deal after M1 struck a partnership with local firm Shwe Byain Phyu Group. Earlier this week, Telenor announced a deal to sell its 51% stake in Digital Money Myanmar (aka Wave Money) for US$53 million to Yoma MFS Holdings. (See Telenor Group agrees to sell its stake in Wave Money to Yoma Strategic.)

SoftBank is raising 30 billion Japanese yen (US$264 million) through the issue of new bonds to develop its “High Altitude Platform Station (HAPS) business that aims to provide wide-area and stable telecommunication networks from the stratosphere.” SoftBank highlighted its HAPS plans when it outlined the major challenges facing the communications sector as it goes ‘beyond 5G’ and into the 6G era.

The England cricket team may just have lost, abysmally and dismally (yet again) to Australia in the all-important biennial “Ashes” test match series, but the Brits and the Aussies remain firm friends and allies. Hence today’s announcement that the two countries are to co-operate in a Cyber and Critical Technology Partnership to “deter cyber attacks before they happen.” The full details have not yet been revealed, but the underlying intent is to “increase deterrence by raising the costs for hostile state activity in cyberspace, including through strategic co-ordination of our cyber sanctions regimes." In other words, try it on in/with Britain or Australia and both countries will hit back at the attackers with the co-ordinated technological responses, deterrents, sanctions and punishments. The two nations will also exchange cybersecurity personnel and work closely together in what are described as “cyber exercises” whilst developing “an action plan on global standard-setting to ensure global standards deliver on our security priorities, economic interests and reflect our values." The agreement comes as part and parcel of the newly-formed AUKUS partnership of Australia, the UK and the US in an alliance to counter aggressive Chinese expansionism in the Pacific and Indian oceans. It will "focus on cyber capabilities, artificial intelligence, quantum technologies, and additional undersea capabilities."

Here’s one more example of the shamelessness and arrogance of US ‘Big Tech’ companies: For years they have been fighting against regulation and attempting to stymie the passing of any laws that would curtail their overweening power. Now though, with both Democrat and Republicans alike ranged against Facebook, Amazon, Apple, Google etc., in bi-lateral determination to clip their wings, things are beginning to move and anti-trust legislation is, at long last, being framed. In response to something that has already taken an unconscionable time, Silicon Valley behemoths and their ilk, together the mighty phalanx of their very well-paid lobbyists, are actually complaining that Capitol Hill is “rushing through” bills designed to cut them down to size. And this from a group of companies whose responses to complaints about their monopolistic, anti-competitive tendencies have always been so deliberately slow that the movement of tectonic plates looks like a Formula 1 Grand Prix by comparison. In an effort to further delay the introduction of new laws, trade bodies representing the interests of Big Tech companies are whining that the Senate Judiciary Committee is getting beyond itself by starting to frame antitrust legislation without having first held a series of hearings wherein “experts” from Silicon Valley would be able, for weeks and months, to “critique and offer feedback” on legislative proposals, while the companies they represent would continue blithely along their untrammelled and well-trodden ways. It’s not as if any of this is new to Facebook et al. The US authorities have already conducted a 16 month-long investigation into Big Tech and published a 450-page report on their findings, which were that Big Tech needs to be controlled and policed via tight regulation and legislation - and, despite the renewed squealing from Cupertino and Mountain View, it looks increasingly likely they will be.

News today of research that you may not necessarily expect to be conducted by a payday loan company, but Cashfloat, a UK business that is described as “a technology & data oriented lending company [that] develops and integrates technologies to enable affordable loans online” has just published a report on the relative longevity of British start-up companies in which telecommunications comes out bottom of the Top 10 list. It seems that every month in the UK, an average of 7,800 Google searches are made on “how to start a business.” Given that that one in every five start-ups fail, Cashfloat decided to find out which industries have the most successful survival rate. It looked at the survival time of 3.2 million new companies on Britain’s Companies House register across various industries as designated by Standard Industry Classification Code (SIC) and company number, and then analysed the period between the incorporation of a new enterprise and its dissolution and closure or acquisition. The data was collected in November 2021 and shows that start-up companies in the water industry (including water engineering and water and wastewater plant construction) are the most successful, with an average survival rate of 2,718 days (roughly 7 years and 4 months). This is 1,375 days (or approximately 3 years and 7 months) longer than the least successful start-up sector, which is telecoms. At Number 2 in the list is the gambling sector, which boasts an average life-expectancy of 2,315 days (6 years and 3 months), followed by specialist research companies set up for a specific and limited purpose. They stay in the game for 2,061 days (5 years and 6 months) on average. Behind them comes the broadcasting industry with 1,735 days (4 years and 7 months) average survival rate, and the financial services sector at 1,558 days (4 years and 2 months). Pulp and paper, transport, cultural, and electronics occupy places six to nine and poor old telecoms just squeaks in at Number 10. The research while interesting and valuable is necessarily a broad-brush approach, so without some serious delving into a mass of data, it is not immediately apparent telecoms should fare so comparatively badly but the sector is renowned (or infamous) for endless rounds of consolidation. And that applies to retail outlets selling handsets and accessories as much as it does to infrastructure manufacturers and vendors.

And finally, a quick update on Tonga, which is enduring very difficult times after the subsea volcanic explosion and consequent tsunami killed and injured islanders, destroyed and damaged property and infrastructure and left the Pacific island nation without any form of communication with the outside world. As we reported yesterday, a limited 2G phone service covering 10 per cent of the population has been restored and this morning came the news that the satellite company SES has been able to restore services for Digital Tonga, the local telco. Relief flights from Australia have also delivered much-needed supplies, but crew have to remain on the aircraft board and have no contact with anyone else as local ground staff unload the cargo. This is because, so far, there have been no cases of Covid on Tonga, and the government wants to keep it that way. And there are more offers of help, including from Elon Musk, who made a half-hearted offer of Starlink satellite broadband terminals before noting how difficult it would be to actually offer a service to those in need in Tonga...