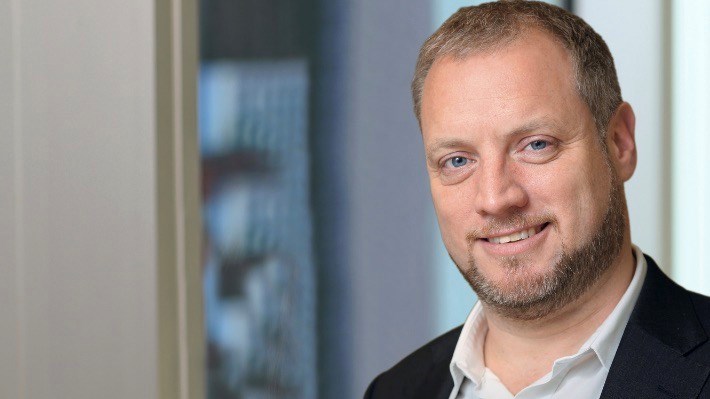 Mobile coverage specialist Freshwave Group has poached another high-ranking executive from BT, the latest indication that the UK neutral host market is entering a new phase of development.

Until recently, Tom Bennett was director of partnerships at BT's mobile arm EE. Earlier in his EE career he played an important role as director of technology services, architecture, devices and labs, as EE raced out of the blocks with its LTE network. With Bennett's expertise, the operator made early use of what were cutting-edge technologies at the time, such as carrier aggregation, helping to establish a reputation for having the most advanced 4G infrastructure in the country.

He joins Freshwave as its new chief technology officer, where he will oversee a 50-strong team of engineers tasked with delivering Freshwave's range of indoor and outdoor mobile coverage solutions, some of them passive, some of them active.

"I'm excited to have joined the Freshwave team and I'm looking forward to building relationships with our customers, as well our ecosystem partners," noted Bennett in the official announcement about his appointment. "Freshwave is known for its innovative approaches and I'm looking forward to rolling up my sleeves and getting involved in ground-breaking projects across everything from 4G and 5G mobile private networks to complex infrastructure projects."

Bennett will work alongside another EE alum, Simon Frumkin: He left his job as managing director of the company's emergency services network (ESN) to become Freshwave Group's first CEO, launching the company into the wild in January 2020.

"We're thrilled Tom has joined us as our new CTO. Not only does he have the deep engineering and network architecture expertise the role requires, but he excels at creating collaborative partnerships," stated Frumkin.

It has announced a fair few contract wins this year, and dabbled in the odd bit of M&A.

Recent highlights include the installation of 200 small cells on open-access sites for Croydon Council in South London, in August. Similarly, it is currently working with Glasgow Council on opportunities for small cell deployment in and around the city. In July, Freshwave won an indoor coverage deal with media and entertainment business Outernet for its upcoming venue in Central London, and in March it was chosen to install a multi-operator 4G network in Wales' Grange University Hospital. In addition, May saw Freshwave agree to acquire the managed services division of Wi-Fi networking specialist Airangel.

"Freshwave is at an exciting time in its history and Tom will do a great job leading the technical team into the next phase of growth and opportunity," said outgoing CTO Ravi Mondair.

Neutral hosts attracting top talent from operators is becoming something of a sign of maturity for a market that is building up a head of steam thanks to the well-documented clamour for 5G coverage and capacity, and mobile operators' desire to create new enterprise revenue streams.

It might not be all plain sailing though: Freshwave and BAI Comms face the prospect of facing off against a much, much larger rival in Cellnex, which is trying to complete the final country-specific parts of its €10 billion acquisition of Hutchison's European towers. The deal stands to grow its UK towers footprint by nearly 15,000 sites. Cellnex is already the biggest player in the UK neutral host market, thanks to last year's acquisition of Arqiva's 8,000-strong towers business.

Freshwave and BAI have an ally (of sorts) in BT though, which is not happy at all that Cellnex might get even bigger. In September, the UK incumbent submitted a document to the Competition and Markets Authority (CMA) arguing that approving the Cellnex-Hutch deal would create a dominant player that would harm the UK neutral host market.

The CMA is due to issue a decision in January, a decision that could have far-reaching consequences for budding players like Freshwave.