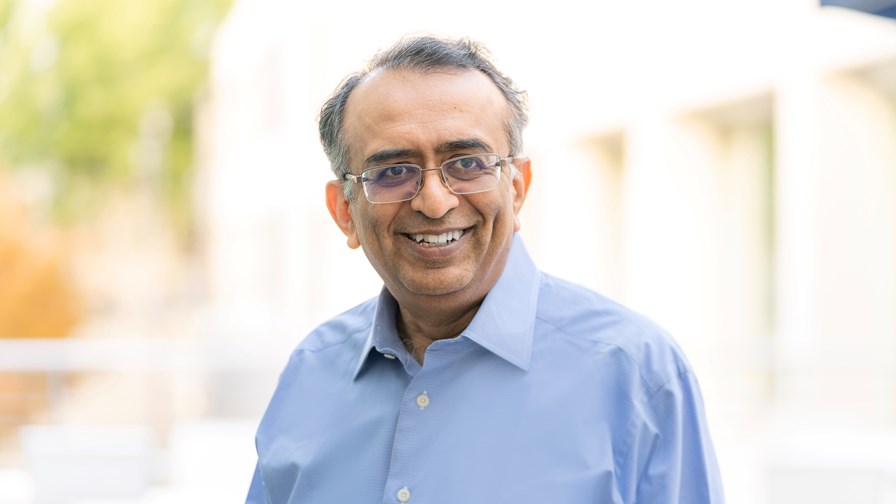 VMware’s independence and some European M&A action top the news charts this Tuesday.

VMware has completed its spin-off from Dell, providing it with “increased freedom to execute its multi-cloud strategy, a simplified capital structure and governance model, and additional operational and financial flexibility.” The move had been announced initially in April. Independence doesn’t come for free, though... the price tag marked ‘freedom’ was accompanied by an $11.5 billion cash dividend to VMware’s shareholders, of which $9.3 billion went to Dell. “VMware’s mission is to deliver the trusted software foundation that accelerates our customers’ innovation,” said VMware CEO Raghu Raghuram (above). “As a standalone company, we will continue to bring our multi-cloud strategy to life by providing our customers the power to accelerate their business and control their destiny in this new era.” Read more.

Colt’s Data Centre Services unit has sold 12 of its colocation sites to AtlasEdge Data Centres, which was formed earlier this year by Liberty Global and Digital Colony, for an undisclosed sum (note: Digital Colony has now renamed itself as DigitalBridge). The sites, in Amsterdam, Barcelona, Berlin, Brussels, Copenhagen, Hamburg, London, Madrid, Milan, Paris and Zurich, will have Colt Technology Services as an anchor tenant. Colt says the divestment is in line with its strategy of focusing on “large hyperscale data centres” in Europe and Asia/Pacific. See this press release for further details.

There’s a frisson of excitement around Comtech Telecommunications, a  developer of wireless, satellite and emergency communications systems for the US government and network operators, as it is the subject of an unsolicited takeover offer from Acacia Research, which specializes in sniffing out and snapping up “undervalued businesses.” Comtech, which has been shrinking in recent years, reported fiscal year revenues of $581.7 million and an operating loss of $68.3 million for the 12 months to 31 July. And more recently it announced a $100 million “strategic growth investment” that put some noses out of joint. That spat wiped about 20% off the value of the company during October, after which Acacia pounced with its offer.... which then sent Comtech’s share price up by a whopping 28.4% to $26.21. Reuters has reported that Acacia’s takeover offer was for $30 per share, valuing Comtech at $790 million, so the wrestling match is on...

Alexis Ohanian, who, in 2005 co-founded the social media site Reddit, is enthusiastic about the concept of the metaverse but certainly of not Mark Zuckerberg’s version of it. He calls renaming Facebook as Meta a “masterstroke in diversion and distraction.” That said, (and he said it), Ohanian believes ubiquitous broadband, virtual and augmented reality, humanity’s evident need for online connections and interaction, the growing acceptance and use of cryptocurrencies and the evolution of third generation of the Internet (Web 3.0) will bring the metaverse into being and that the next few years will be a boom time for pioneering companies as investors pile in to the nascent ecosystem. In an interview on US business TV last Friday, Alexis Ohanian told CNBC’s “Squawk Box” (that poor chicken must have a hell of a life), “Right now, there is this amazing bottom-up movement to create the metaverse, using what's happening in the crypto community - getting a lot of people building what I think is what most of us hope will become a much more organic type of world, rather than a sort of top-down Facebook-imposed one.” Adding that there’s plenty of venture capital investment money waiting to be ploughed into innovative communications systems and products and that good ideas will get the necessary funding, he said, “The bigger things here are going to be more foundational software. That's the stuff that's going to get built in the next five years.” Ohanian believes there’s a great opportunity for start-ups to get into the metaverse early because “right now the competition is watching Netflix, playing Fornite and scrolling through your phone.” The aim of Web 3.0 is to create more intelligent, connected and open websites and will focus on machine-based understanding of data to provide a data-driven semantic web wherein the data in web pages is structured and tagged in so that it can be read directly by computers. Reddit, is social news aggregation, web content rating, and discussion website where registered members submit links, texts, images, videos and much other content. As of last month it was rated as the world’s 19th most visited website and most of its regular users are aged between 29 and 49. Ohanian believes that while change is definitely coming it won’t be overnight, reckoning it will be at least five years before anything meaningful happens. He says, “We're not going to all wake up in the metaverse tomorrow.” As Shakespeare wrote in Hamlet, “For this relief much thanks.”

And, whilst we are quoting the Bard, here’s one from the play Julius Ceasar. “If you have tears to shed, prepare to shed them now” or perhaps you won’t bother and will settle instead for a toothy grin when you learn that Apple’s iPhone privacy upgrade that was released in April this year has cost the big social media companies (including Facebook) some US$10 billion in six months. The software update makes applications display a pop-up window wherein users are asked to give their permission for their usage and activities to be tracked so that can be targeted for advertising. When the invitation is declined Apple blocks the user’s unique advertiser identifier via which companies construct ever more detailed individual profiles to bombard them with adverts. Lotame Solutions, a Maryland, US-based advertising data company that provides solutions for audience development, audience extension, advanced analytics, and insights, told the UK’s Financial time newspaper between them Facebook, Snap, Twitter, and YouTube lost 12 per cent of their advertising revenues in Q3 and Q4 as users en masse opted out of ad tracking on Apple devices. Mike Woosley, Lotame’s chief operating officer, told the FT that advertisers are now having to make extra effort and go search more widely to get data on individuals that would previously, in the days before Apple introduced its enhanced privacy settings, and that is costing them greatly in terms of resources and cash. Lotame calculates that Snap was badly affected and lost the most in advertising revenue but it was Facebook that fared the worst, losing the most “absolute spend” from advertisers. What a terrible shame.