VMware is going solo, to be spun off from Dell 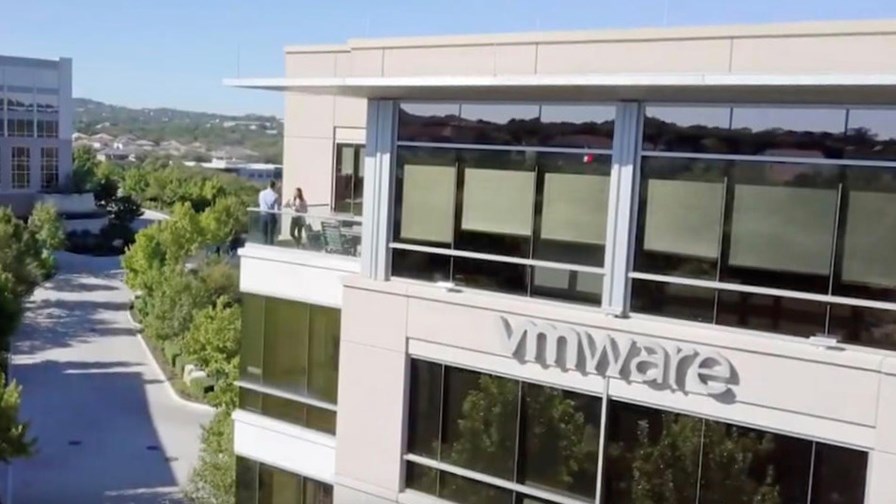 In a not entirely unexpected move, Dell Technologies has announced it is to “spin off” its 80.6% stake in VMware to give the cloud and virtualization specialist greater autonomy and, more importantly for the tech giant, help reduce its debt pile.

VMware became part of the Dell empire when Dell acquired storage technology giant EMC in 2016 for $67 billion, a move that saddled Dell with a big pile of debt that still stands at $41.6 billion. Dell says that spinning off its VMware stake will result in a one-time payment to VMware shareholders of $11.5-12 billion, of which Dell Technologies would get $9.3-9.7 billion. Dell shareholders liked the news, as its stock gained 8.5% in after-hours trading to hit $100.58.

Dell, which in the 12 months to 29 January 2021 generated revenues of $94.2 billion and an operating profit of $5.1 billion, had long been expected to set VMware loose in one way or another and had floated the idea of a spin-off last year: Now it’s a definite plan, but one that still needs the approval of financial regulators if it is to go through before the end of 2021 as planned. If the deal is completed as planned, VMware’s stock would be owned by its public shareholders, Michael Dell’s family and Silver Lake Partners (see chart below). 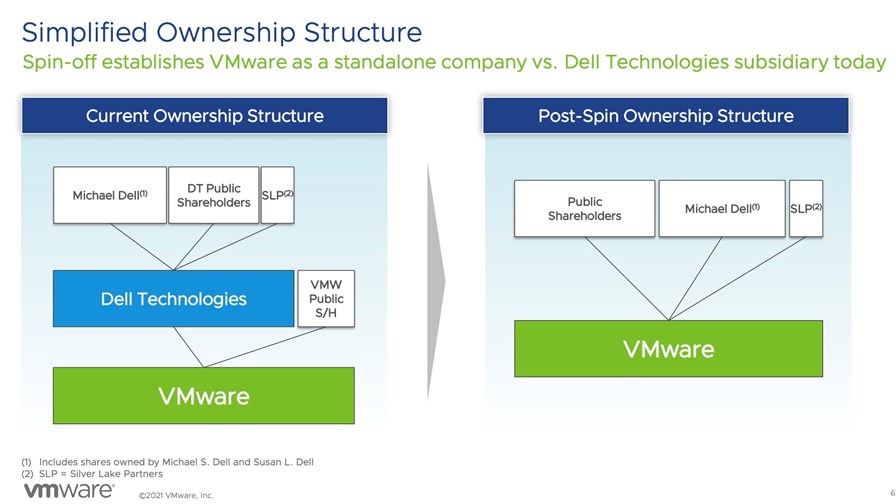 Dell’s move, which involves that massive one-time payment, will use up VMware’s cash reserves and also saddle it with its own debt as a standalone company: VMware says it plans to fund the $11.5-12 billion dividend with up to $3.5 billion of current cash reserves and the rest in debt.

So what will change should Dell’s plans be approved? Immediately probably not a great deal, as the company already has a great deal of strategic and operational autonomy even as part of the broader Dell empire. Its go-to-market strategy is closely entwined with Dell, but that much won’t change: “Dell Technologies and VMware will enter into a commercial agreement that will preserve the companies' unique and differentiated approaches to the co-development of critical solutions and alignment on sales and marketing activities. VMware will continue to use Dell Financial Services to help its customers finance their digital transformations,” noted Dell in its official announcement.

VMware says it will continue to collaborate on solutions such as VeloCloud SD-WAN and VMware Cloud on Dell EMC, and “work together on additional areas of joint innovation including edge and telco.”

In addition, Michael Dell will retain his role as Chairman of VMware, so the ties will still be very strong.

But as a completely independent company, of course, VMware could ultimately take a strategic direction that may be different to its fate under the Dell umbrella.

“We will have an enhanced ability to extend our ecosystem across all cloud vendors and on-premises infrastructure vendors and a capital structure that will support growth opportunities,” said Zane Rowe, VMware’s CFO and interim CEO. “Our strategic partnership with Dell Technologies remains a differentiator for us, and, as we execute on our multi-cloud strategy, we continue to provide customers our solutions and services on any public cloud and any infrastructure.”