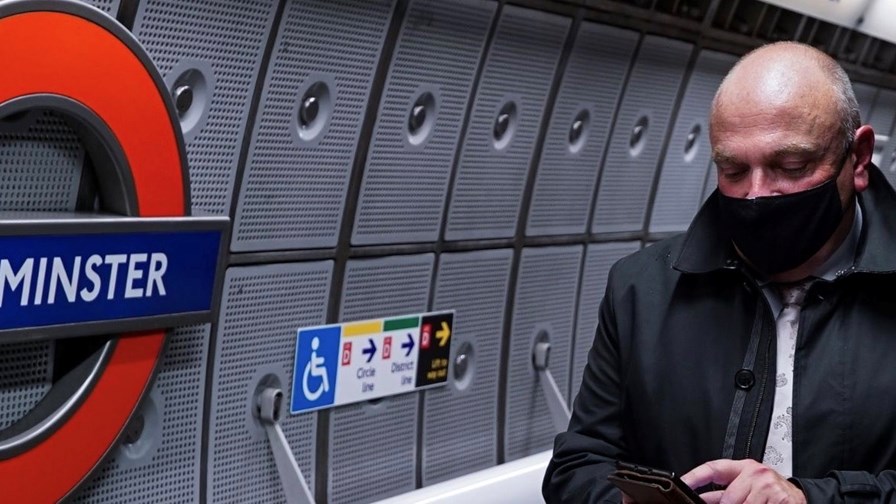 The promise of 5G throughout London’s underground train network and an expansion of Ericsson’s Cloud RAN portfolio lead the way in the race for today’s news finishing line.

Neutral host network operator BAI Communications has landed a 20-year concession to build and manage a fibre and small cell 5G network throughout the London Underground subway system (a transport network colloquially referred to as the ‘Tube’) and estimates it will invest more than £1 billion on the infrastructure. Billy D’Arcy, CEO of BAI Communications UK, noted: “Our long-term partnership with TfL will completely transform the passenger experience, as well as helping to boost London’s economy and providing social benefits for years to come. By building the most advanced network of its kind in the world here, we are helping London leapfrog other major cities in terms of connectivity and ensure that the capital remains the most attractive place for investment. Across the length of this concession, we fully anticipate investing in excess of £1 billion across the Connected London programme.” He added: “We will also establish a new city-wide high-capacity fibre network throughout London and leverage the power of 5G and the Internet of Things to unlock new opportunities for technological innovation. Our extensive credentials delivering large-scale connected infrastructure and networking solutions position us perfectly to capitalise on the fast-growing commercial appeal of 5G enterprise solutions and smart city applications.” For further details, see this announcement.

Ericsson has expanded its Cloud RAN portfolio to include support for 5G mid-band and Massive MIMO deployments, noting that the additions were “developed in close collaboration with customers such as Verizon.” Intel has also been heavily involved: “The portfolio will leverage Intel’s compute – across multiple product generations of Intel Xeon Scalable processors and accelerator technology, to enable high-density capacity solutions. This enables both companies to deliver the type of performance seen in the most demanding RAN environments in the world,” noted Ericsson in this announcement. The vendor has also kindly introduced a new term to the mobile networking lexicon – ‘bluefield’ (though the responsibility for that term originally lies with IDG). It notes: “Ericsson has the capability to introduce a virtualized RAN solution across all deployment scenarios including existing footprints - also known as ‘bluefield deployments’ [which] enable service providers to deploy Cloud RAN into their networks and capitalize on the full interworking between the two network architectures." Fredrik Jejdling, the vendor’s Head of Business Area Networks, noted: “We aim to constantly develop the best technologies by working closely with our customers… our customers can deploy cloud-native networks, virtually everywhere, on any cloud, and server platform.”

CommScope set some pulses racing today when it announced that Openreach, the quasi-independent fixed access network unit of BT, is “investing in the global network connectivity leader” as part of its fibre-to-the-premises rollout plans. But it seems the word ‘investing’ had been put to liberal use, as it was just referring to the award of a contract to CommScope, which has evolved its NOVUX platform to help with Openreach’s extensive rollout. The vendor will also be hiring an extra 30-50 engineers as part of the engagement. Read more.

JMA Wireless says an “all-USA” team, including Cisco, Vectrus, Capstone Partners and Perspecta Labs, has demonstrated a 5G private network six months ahead of rivals that are also vying to be part of a smart warehouse at the Marine Corps Logistics Base at Albany, GA, as part of the DOD 5G-to-Next G Initiative overseen by the Office of the Under Secretary of Defense. JMA’s XRAN virtual radio access network software is part of the network put together by the “all-American team that has utilized a software-centric design to go from contract award to working system in less than half a year, well over six months ahead of other 5G programs using traditional, custom hardware solutions.” Read more.