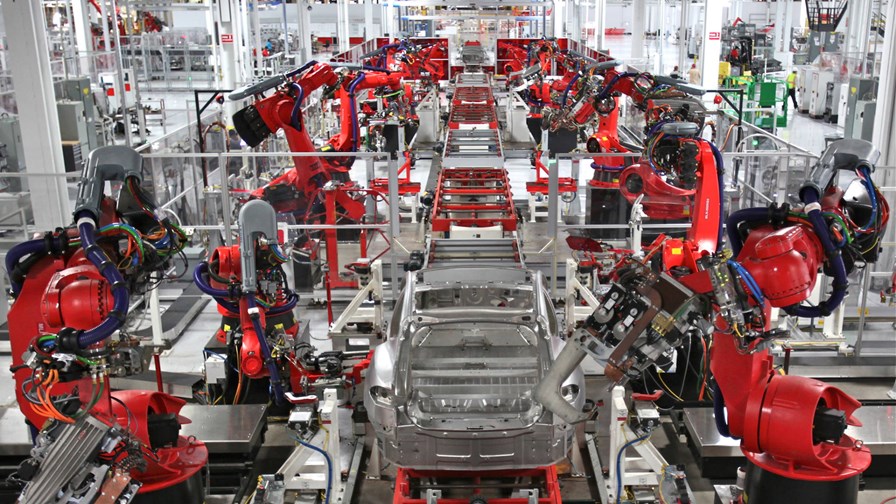 Huawei’s 5G (and other) equipment may be being ripped out of telco networks across North America, Europe, Australasia and elsewhere but its wireless technology is getting a mighty boost in the German automotive industry with the news that Volkswagen will licence and integrate Huawei’s patented 4G technology into 30 million vehicles.

Thwarted in its ambitions to dominate the telecoms equipment sector in much of the democratic West, Huawei has been forced to diversify and has turned its attentions to the global vehicle manufacturing sector. The deal with Volkswagen is the largest the Chinese company has yet struck with an automotive company and is a big feather in its cap.

However, Volkswagen is being remarkably reticent about the rather mysterious deal and will give few details about it other than to say it comes courtesy of a (currently) anonymous supplier. One wonders why it is being so coy. Worries about public opprobrium or regulatory/governmental intervention perhaps? Time will tell. Meanwhile a Volkswagen press release simply says, “We welcome that a leading ICT company has granted one of our suppliers a licence to standard-essential mobile communications patents.” The statement adds, “This licensing in the supply chain is a model of how the increasingly close co-operation between the mobility industry and the information and communications industry can succeed.”

Volkswagen might be trying to keep details of the deal under wraps and for as long as possible but it has made a strategic blunder by not fronting up and telling all. It makes it look as though it either has something to hide or is worried about public reaction. The obfuscation did it no good anyway. Within hours of the announcement being made a welter of websites were reporting that the un-named supplier is Rolling Wireless, a Luxembourg-based company specialising in both 4G and 5G network access equipment and devices.

Commenting on the announcement, Song Liuping, Huawei’s chief legal officer, said, “As an innovative company, we own a leading patent portfolio for wireless technologies, which creates great value for the automotive industry. We are pleased that key players from the automotive industry recognise that value. We believe this license will benefit worldwide consumers with our advanced technology."

In recent years, as visitors to the GSMA’s annual Mobile World Congress extravaganza in pre-Covid times will know very well, wireless technology and devices are now not only vital to the global automotive industry but are often what increasingly differentiates one car and vehicle manufacturer from another.

Autonomous self-driving intelligent cars capture a lot of attention but it’s things like smart infotainment systems, assisted driving, self-parking, positional awareness systems, engine diagnostics and even the quality and robustness of smart vehicle door locks that would-be buyers look for and are arenas where manufacturers compete. That’s why, earlier this year, Volkswagen said it will spend big on creating a “new automotive cloud” based on Microsoft Azure and will concentrate on helping and supporting drivers via services and applications including predictive maintenance, ever more enhanced safety features and infotainment based on wireless technology and the provision of connectivity between vehicles and between vehicles and office and domestic environments.

Where is 5G in all of this?

What is particularly interesting about the Huawei/Volkswagen deal is the emphasis and reliance on 4G and the absence of mention of 5G, the technology that is supposed now to be conquering the entire world and changing everything in it. It’s blatantly obvious why Huawei is happy about the deal, the Chinese company owns 4G patents aplenty and, having been greatly damaged by now being unable to sell its traditional money-spinning telecoms technology in many markets, is looking to increase revenues and profits by leveraging its 4G patents assets.

The fact that Volkswagen, and presumably other vehicle manufacturers, are prepared to continue to rely on 4G technology even as 5G is (slowly) expanding its reach and utility is an indication that the automotive industry is not yet willing or able to bet the farm on the latest generation of wireless connectivity. The fact is that 5G connected autos remain a distant prospect. As does vehicle-to-vehicle (V2V) and Vehicle to everything (V2X) connectivity. Optimistic estimates are that such connectivity is at least six years away and possibly as long as ten years. Until then, 4G will, perforce, bridge the gap.

As usual, and as expected, Huawei has not revealed the financial details of the Volkswagen agreement. The German company is being equally tight-lipped. However, the deal shows Huawei’s growing strength and capabilities in strategic “non-telco” wireless technologies. Growth in the sector will be buttressed by growing involvement in software provision (such as the launch of its own mobile OS) and cloud computing.