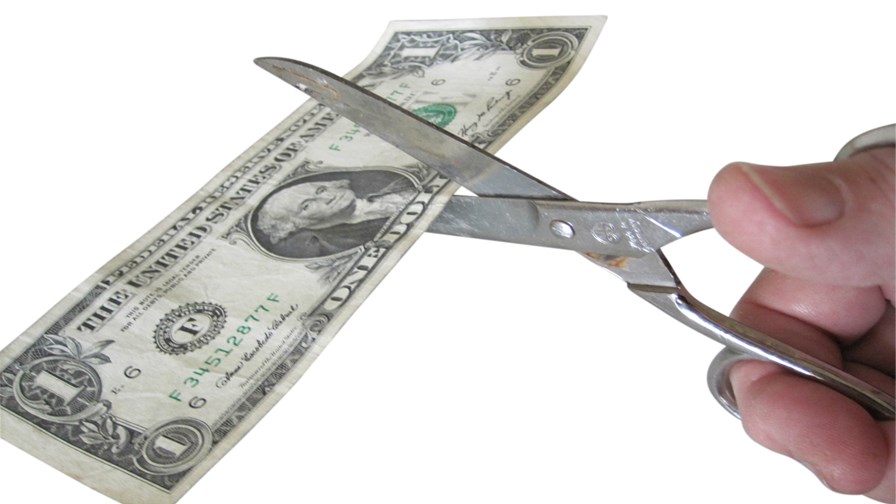 First-round bids for Yahoo's crumbling web business are due in by today, Monday April 11. The front runners at this stage are Verizon and Google with Microsoft lurking in the undergrowth waiting to pounce later on in the process if it gets the chance.

The sale can't come soon enough: even as it solicited offers Yahoo revealed that the endless decline in its revenues and profits continues unabated. It is seeking bids of US$10 billion or more for its core business - and good luck with that - rumours have it that Verizon values the whole shooting match, including Yahoo's websites, search technology, real estate and intellectual property at under $8 billion.

Yahoo's cash flow is also deteriorating rapidly and the share price has fallen by 22 per cent over the past 12 months. Meanwhile, as Sunnyvale burns, senior managers, (from the embattled and now the surely doomed CEO Marissa Mayer, on down through the depleted hierarchy) are sawing away at the catgut, intent making it less than easy for potential buyers to get a grip on exactly what is going on by dint of obscuration of the realities of Yahoo's cost base and prevarication about the value of various company divisions and business units.

What we do know is this: Yahoo is forecasting that revenue this year will be $3.5 billion (down 16 per cent on the $4.5 billion achieved last year and a full billion dollars less than in 2014) which is at the very lowest end of the range it presented to investors just six weeks ago. What's more, the revenue forecast does not include the billion or more bucks that Yahoo will have to pay to other sites for routing traffic to its advertising base.

Just to add a pinch more piquancy to the shit stew, Yahoo has also revealed that its "adjusted earnings" for 2016 will be about $750 million before EBITDA. The 2015 figure was $952 million.

From Katie Couric to the Buffalo Bills

The bidding itself is a peculiar exercise. Those companies wanting to follow up on putative interest find that before entering into substantive discussions with representatives from senior management, or, heaven forfend, the CEO herself,  they must trot up a pointless little cul-de-sac, pin back their ears and listen to a pre-recorded primer explaining the basics of the process and repeating the same old unfulfilled promises about massive growth being just over the horizon that Marissa Mayer has been peddling for months on end to investors, shareholders and anyone else who will listen to her wishful thinking. ​

Only when they are out of that dead-end do prospective purchasers  finally get of a tranche of Yahoo documents, the so-called "Sale Book" which, according to reports by the technology news website Re/code show that the "financial situation at the Silicon Valley Internet giant is increasingly dire and in free fall."

Nonetheless, and despite Yahoo's evidently parlous state, the Wall Street Journal has reported that as at the end of last month some 40 companies and organisations were evincing interest in bidding for various parts of the company. In addition to Verizon, Google and Microsoft other interested parties included the Bain private equity fund, Time Inc and TPG (another private equity company). It can also be safely assumed that there are others out there as well, watching, waiting and keeping their powder dry. AT&T has said it is not interested in bidding and so has Comcast - but if a week is a long time in politics then a day is a year in the comms industry.

It has been reported that if Verizon comes in with the winning bid. Marissa Mayer, (on whose watch Yahoo's fortunes have reached such dismal pass) will be immediately replaced by Marni Walden, a Verizon senior executive vice-president. Meanwhile, Starboard Value, the activist hedge fund, continues in its determination to remove and replace Yahoo's entire board of directors at the next shareholder meeting in three months time.

Finally, here's a couple of illustrations of the sort of  things that have dented Yahoo's credibility and value. On appointment as CEO Ms. Mayer wanted Yahoo to gain credibility and to boost its site usage by hiring some big name celebrities. One such was veteran TV presenter Katie Couric. Dubbed "America's Sweetheart, Ms. Couric is the doyenne of US TV news broadcasting, the erstwhile and long-term co-host of NBC's flagship "Today" programme and has also been the anchor of the CBS Evening News.

She joined Yahoo in January 2014. and is a very experienced journalist. However, sources say that she and her team are having continuously to compete with various Yahoo algorithms to determine the subjects and running order of news stories on the Yahoo home page. An unnamed source at Yahoo told the influential magazine "Vanity Fair" that Yahoo is drifting back to its origins as "a crap home page for the Midwest." Ouch!

And then there's the matter of the NFL football game between the Jacksonville Jaguars and the Buffalo Bills which was actually webcast from London and cost $20 million. Yahoo made much of this and claimed that it garnered a global audience of 15.2 million "unique users".  However,  sports journalists and media analysts did a quick bit of arithmetic and determined  that the 15.2 million "unique users"  turned out to be the TV  equivalent of 2.36 million average viewers of whom a mere 1.6 million were in the US. Furthermore, various Yahoo sites - the yahoo home page, its fantasy sites and Tumblr started the games stream webcast automatically - whether users wanted to see it or not.

Despite that over-egging of the football pudding, the NFL has confirmed that  460 million total minutes of video of the games thus despite 15.2 million "unique users", the broadcast actually managed an average viewership per minute of 2.36 million of which just over half were in the US. What's more a "unique visitor" is classified as one who, w either by design or accident has watched a minimum of three seconds of a webcast. TV viewers have to watch a minimum of six minutes to be added to the viewing statistics as compiled by the influential Nielsen ratings agency.

Of course, $20 million is chump change to Yahoo but the expenditure is indicative of the hubris that riddles the company.  And as for Marissa Mayer?  Well, her fate will be the same as so many CEOs from so many different industries who went before her. She'll get a massive reward for abject failure. Her severance deal is worth about $110 million.

STOP PRESS: It has just been announced that the deadline for bids has been extended to April 18. Obviously it's all going swimmingly.