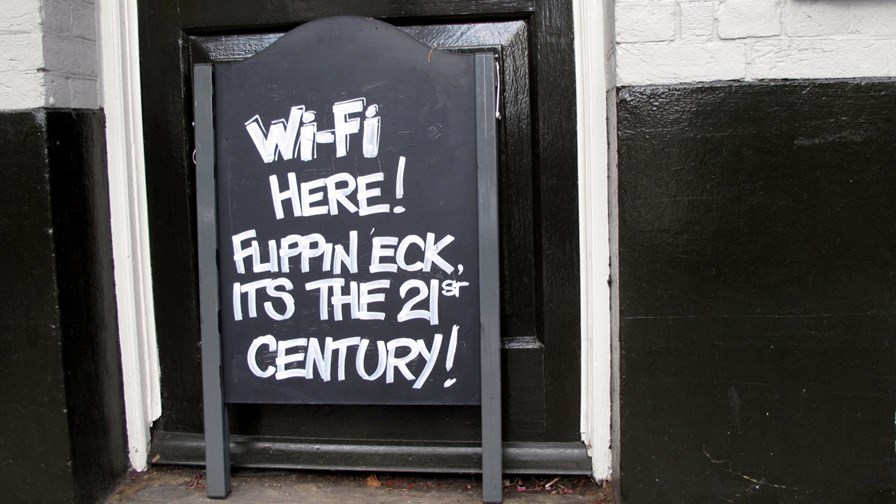 Finally, the Wi-Fi community gets the message that there is nothing wrong with consumer-friendly product branding and launches a new designation model for the wireless technology. No more asking a retailer “does this device support the IEEE 802.ac standard?” Instead, the much simpler “has it got Wi-Fi 5?” will now suffice.

It had started so well. The creation of the term “Wi-Fi” was pure marketing genius, as it wasn’t ever an actual acronym, it just sounded good. It even beats the origin of GSM, which started as a standards working group, Groupe Speciale Mobile, before being retconned as Global System for Mobile. But then the technologists took charge and years were wasted on having to deal with (for most people) incomprehensible gobbledegook. Sense has finally prevailed, with the announcement yesterday of a new naming approach by the Wi-Fi Alliance marketing organisation that it says will provide users with an easy-to-understand designation for both the Wi-Fi technology supported by their device and the network connection.

The new naming system identifies Wi-Fi generations (a marketing term so beloved by the cellular community) by a numerical sequence which correspond to major advancements in Wi-Fi. In other words, as soon as the IEEE 802.11 group ratifies a new and enhanced version of its wireless technology, then the Wi-Fi Alliance will issue a new generational designator. And so Wi-Fi 4 identifies devices that support 802.11n technology, Wi-Fi 5 covers 802.11ac, and Wi-Fi 6 relates to the upcoming 802.11ax technology.

“For nearly two decades, Wi-Fi users have had to sort through technical naming conventions to determine if their devices support the latest Wi-Fi,” said Edgar Figueroa, president and CEO of Wi-Fi Alliance. “Wi-Fi Alliance is excited to introduce Wi-Fi 6, and present a new naming scheme to help industry and Wi-Fi users easily understand the Wi-Fi generation supported by their device or connection.”

This branding will also be visible on a device’s UI as well, pending vendor support. In the same way that smartphones clearly show transitions from 3G to LTE etc, the idea is that the Wi-Fi number will now be visible on screen (a long overdue and excellent idea). Beginning with Wi-Fi 6, the Wi-Fi Alliance will launch certification programs to support this development.

“Given the central role Wi-Fi plays in delivering connected experiences to hundreds of millions of people every day, and with next generation technologies like 802.11ax emerging, the Wi-Fi Alliance generational naming scheme for Wi-Fi is an intuitive and necessary approach to defining Wi-Fi’s value for our industry and consumers alike,” said Rahul Patel, SVP & GM connectivity and networking, Qualcomm Technologies.

“This simple, generational representation will let consumers differentiate phones and wireless routers based on their Wi-Fi capabilities, helping them pick the device that suits their needs best,” said Vijay Nagarajan, Senior Director of Marketing at Broadcom. “When they see that their device contains Wi-Fi 6, they will know that they have the best wireless connectivity on the market.”

Some questions left unanswered by the launch press information. First, what about Wi-Fi generations 1 through 3? Buried in the user guide material is the statement “Generations of Wi-Fi prior to Wi-Fi 4 will not be assigned names”. So no Wi-Fi 1 then. Second, what about the myriad of other 802.11 standards that address other aspects of networking, specifically other PHY options (ad, af, ah, etc) and the older standards? Unfortunately only n, ac and ax get the special number treatment, although doubtless there will be a Wi-Fi 7 at some point in the future. And finally, why no comment from the IEEE, or any mention on their website or social media? Surely there are no hurt feelings?