Telefonica Germany will use Huawei for its 5G network 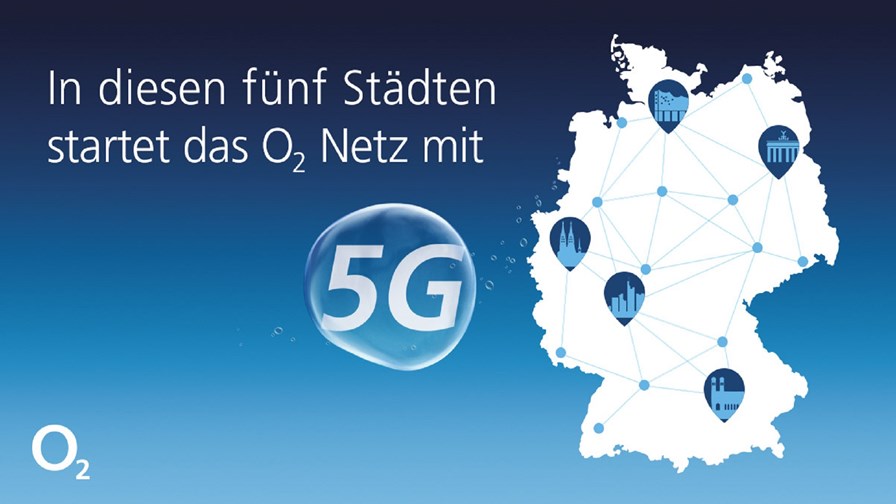 Telefonica Germany has named Huawei as one of the suppliers for its 5G deployment, as the operator detailed plans to slash its dividend and plough the money into its networks instead.

Huawei, in addition to Nokia, will provide equipment specifically for the RAN. Unsurprisingly in light of all the fuss about the Huawei, Telefonica emphasised its commitment to ensuring its 5G network won't jeopardise security. So, as well as not relying on a single vendor, Telefonica said its agreements with Huawei and Nokia are subject to the successful safety certification of the companies and their products.

"In this way, Telefonica Germany is taking into account the ongoing political process of establishing these security guidelines without delaying the start of the 5G expansion," said Telefonica, in a statement.

Indeed, Germany is the midst of tightening up security regulations for operators. Among the proposals included in a consultation launched in October are a requirement for telcos to obtain proof of their suppliers' trustworthiness, and avoid relying on a single vendor.

Germany came close to banning Huawei from 5G network deals early this year, but reason prevailed, thanks in part to operators warning that without Huawei kit, their 5G networks were at risk of being delayed, and would cost many billions of euros more to deploy.

Telefonica said it plans to commence its 5G rollout in the first quarter of 2020, starting with Berlin, Cologne, Frankfurt, Hamburg, and Munich.

Alongside its 5G deployment, the operator also plans to expand LTE coverage, building an extra 10,000 new sites next year with the aim of covering 99 percent of households by the end of 2020.

Telefonica said it expects this aggressive network expansion to increase annual revenue by at least 5 percent by the end of 2022, and improve its operating income before depreciation and amortisation (OIBDA) margin.

However, all those new base stations and RAN equipment don't come cheap, and shareholders will be the ones asked to bear the burden.

Telefonica Germany said its expansion plan will increase network spending over the next two years by several hundred million euros.

"To date, Telefonica Germany invests around one billion euros a year, most of them in the network. In the next two years, the company will invest about 17-18 percent of its revenue to enable the nationwide expansion of LTE and the rapid deployment of a high-performance 5G mobile infrastructure," the company said.

As a result of the increased spending, Telefonica Germany will propose reducing next year's annual dividend to €0.17 per share from €0.27 per share in 2018.

"Despite high investments in growth, an appropriate shareholder remuneration is guaranteed," Telefonica insisted.

The announcement comes not long after Telefonica chairman and CEO José María Álvarez-Pallete revealed that Germany will be one of four core markets for his company going forward. His reason being that Telefonica's scale and leadership allow it to be more ambitious. Telefonica's other core markets are Spain, Brazil and the UK, so maybe we'll soon see similarly-ambitious updates from opcos too.