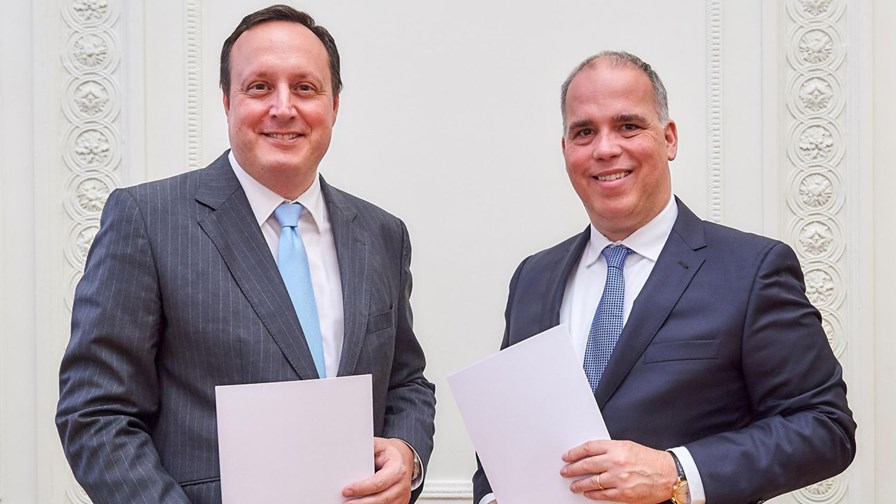 5G rollout is concentrating telcos’ minds on how to minimise capex and avoid unnecessary spending. In Germany, Deutsche Telekom and Telefónica Deutschland have announced an expansion of their existing network infrastructure cooperation agreement (the two commercial rivals signed a mobile backhaul contract in 2011). The new deal means that at least 5,000 Telefónica Deutschland mobile base stations will be connected to Deutsche Telekom's fiber optic network and in turn Deutsche Telekom can use the resulting synergies directly to its own network expansion programme. Deutsche Telekom will continue to be responsible for operating and monitoring the network.

"This agreement is an important step toward ensuring the future viability of Germany's mobile communications infrastructure," said Dirk Wössner, Managing Director of Telekom Deutschland. "Everyone will win from this cooperation. The resources that we save will be dedicated directly to our own network upgrades and the development of 5G.”

“By using the available infrastructure, we can accelerate the expansion of our mobile network and get a significant portion of our mobile base stations in shape for the future 5G standard,” said Markus Haas, CEO of Telefónica Deutschland.

Haas added that Telefónica Deutschland will work with other alternative providers to connect more of its mobile base stations with optical fibre. Wössner added the the deal also shows that CSPs can cooperate without regulatory intervention.

Meanwhile, Deutsche Telekom says it has become the first network operator in Europe to plan a pilot project using artificial intelligence for its fibre network, to speed up deployment and create optimised routes. "The shortest route to the customer is not always the most economical,” said Walter Goldenits, head of Technology at Deutsch Telekom. “By using AI in the planning phase we can speed up our fiber optic roll-out.”

Deutsche Telekom and Telefónica Deutschland are consolidating their strengths to speed up the expansion of their mobile communications networks. The two companies have agreed to connect at least 5,000 Telefónica Deutschland mobile base stations with Deutsche Telekom's high-performance fiber-optic network in the long term. In turn, Deutsche Telekom can dedicate the captured synergy effects directly to its own network expansion. This cooperation is not only remarkable due to its scope; it also points the way forward for the future 5G communications standard and new digital applications.

Deutsche Telekom and Telefónica Deutschland have been partners for many years: the two companies concluded a mobile backhaul contract in 2011. In a mobile communications network, the backhaul connects the widely dispersed base stations – that is, the cellular antennas – with the network center. The new agreement builds on this contract and expands the partnership significantly.

"This agreement is an important step toward ensuring the future viability of Germany's mobile communications infrastructure," said Dirk Wössner, Managing Director of Telekom Deutschland, on the occasion of the signing. "Everyone will win from this cooperation, because Deutsche Telekom and Telefónica can both capture synergies. The resources that we save will be dedicated directly to our own network upgrades and the development of 5G. Deutsche Telekom is building and operating the largest fiber-optic network in Germany by far. We are very pleased that we will now be utilizing our infrastructure together with Telefónica – because it will benefit Germany and millions of people." The cooperation also shows that telecommunications providers seek to cooperate without regulatory intervention, said Wössner.

Markus Haas, CEO of Telefónica Deutschland, also sees the agreement as a positive signal: "This partnership between Telefónica Deutschland and Deutsche Telekom represents an important milestone for network expansion in Germany. By using the available infrastructure, we can accelerate the expansion of our mobile network and get a significant portion of our mobile base stations in shape for the future 5G standard. As a result, our customers will benefit directly from a more powerful mobile network and a better user experience." In its network upgrades, Telefónica Deutschland will build on successful partnerships with network operators like Deutsche Telekom and alternative mobile communications providers, to connect an increasing share of its mobile base stations with fast, fiber-optic cables, said Haas.

All operators have to serve increasing expectations of their mobile networks. Faced with ever-increasing data volumes and numbers of mobile devices, availability, network coverage, and latency are all important factors in addition to transmission speed. To meet these increasing demands, the telecommunications providers are teaming up.

With their partnership, the two network operators are creating an ideal foundation for upgrading the current 3G and 4G (LTE) antennas at their base stations to 5G successively in the coming years. Customers of the two companies don't have to worry about changes to contract clauses or phone numbers – the two mobile networks will continue to exist independently of one another. Deutsche Telekom will be responsible for operating and monitoring the fiber-optic network.