Consolidation in the Netherlands as T-Mobile acquires Tele2 business 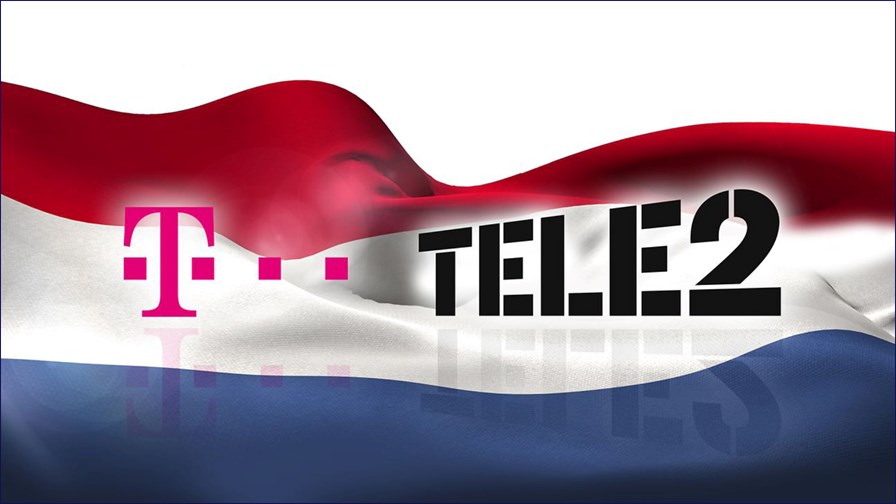 ​​Deutsche Telekom and Tele2 have announced that they have reached an agreement under which T-Mobile NL will acquire Tele2 NL for a combination of cash and shares. The new combined company will continue to operate as T-Mobile Netherlands and will also use the Tele2 brand in the market. The deal consolidates the two smaller players in the market in the hope that a stronger third-ranked telco will be able to compete more effectively with market leaders KPN and VodafoneZiggo (the JV of Vodafone and Liberty Global). Deutsche Telekom says the transaction is part of a long-term investment vision to create a more sustainable operation in the Netherlands to disrupt the Dutch telco industry.

“This combination means justice for customers,” said Søren Abildgaard, CEO of T-Mobile NL, who appears to be channelling some of the bombastic energy of his counterpart in the US, John Legere. “This duo [KPN and VodafoneZiggo] has been getting away with this game for far too long and there was only one victim, namely the customer. No more. No longer. We will be able to compete against the duopoly much more efficiently and give all Dutch customers a fair choice. We are never going to stop breaking down barriers and will continue to challenge this industry in the years to come.”

Deutsche Telekom says that the transaction establishes a sustainable challenger to the current fixed and mobile duopoly. The new company will have an improved spectrum portfolio through the addition of Tele2’s 800MHz and 2,600MHz licenses, boosting network capacity for disruptive mobile data propositions while maintaining quality in terms of speed and low latency. It will also have access to Tele2 NL’s business to business fixed-line infrastructure and improved scale in consumer broadband.

“This is a fantastic opportunity to speed up development of the Dutch telco market and to spur effective competition to the benefit of the Dutch population,” said Allison Kirkby, President and CEO of Tele2. “I see this as a logical next step to become part of a stronger number three player that will benefit our customers, our shareholders and our employees”.

The enlarged T-Mobile NL will have pro-forma revenues in excess of €2 billion and around 4.3m mobile post-paid subscribers, and expects to generate annual run-rate synergies of some €150m per annum within three years from the deal closing. Tele2 will receive a stake of 25 per cent and a cash payment of €190m. Deutsche Telekom will own the remaining 75 per cent. Prior to completion of the transaction, T-Mobile NL will spin out its mobile tower and rooftop assets into a separate legal entity which will remain in the full ownership of Deutsche Telekom.

Having said that, the transaction is still subject to approval by the relevant competition authorities, but is expected to close in the second half of 2018. Approval is by no means a certainty though – as other smaller mobile operators have discovered in the recent past – but the two businesses are so far behind the controlling duopoly (which has an estimated 73 per cent of the market) that approval may well be granted. If it does get approved, there could be interesting consequences for other European countries.