O2 to put its money where its hot air comes from 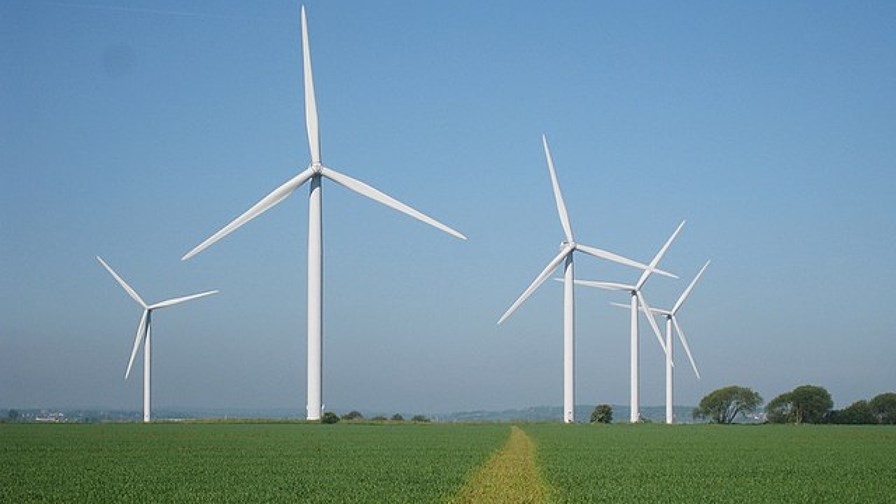 O2, the UK's second biggest mobile network operator, subsidiary of Telefónica of Spain and potential merger with Liberty Global's Virgin Media, has long laid claim to ecological credentials and is following its own "Blueprint" plan to reduce its environmental impact and deliver a more sustainable and greener network. Hence today's news that O2 is to upgrade its data centres and core network sites with new cooling technologies to save energy and the equivalent of a million kilogrammes of carbon dioxide gas year-on-year.

As Covid-19 spread through the UK and more and more people began to work from home, pressure on networks greatly increased as demand for broadband access, services and apps went through the roof. Since this time last year the data carried on the network has been at record levels. Since the pandemic hit data throughput has grown by 89 per cent and as lockdown restrictions at last begin to be relaxed the latest research from O2 shows that the demand for 4G and 5G mobile data has not decreased despite changing circumstances and the expectations are that demand will increase - permanently.  O2 is now carrying an average 55 per cent more peak hour data throughput this May than it did in May 2020. Data centres are running hot, in more ways than one, and that state of affairs seems likely to continue indefinitely with increased CO2 emissions the corollary of  increased cooling requirements.

It was back in 2015 that O2 publicly committed to be a net zero emitter of CO2 by 2025 and since then has reduced its carbon footprint by 29 per cent but, with just over three and half years left before the deadline it will need to up the ante somewhat, although, to its credit, since 2016 the operator has succeeded in reducing emissions in its supply chain by 35 per cent, well ahead of its target.

O2 will get closer to achieving its zero emitter goal by introducing new, energy-efficient cooling technology, based on smart sensors and intuitive software to regulate temperatures. Avoiding  total reliance on traditional, expensive (and increasingly old-fashioned) air-conditioning that costs and arm and a leg to install, run and maintain and also releases polluting refrigerant gases, O2's new equipment uses the natural cold air from outside the data centre to help cool its equipment when it needs to to be cooled.

You know it makes EkkoSense

O2 says it is the first major mobile network operator to install new management software from UK company EkkoSense across all its operations. The software uses smart sensors fitted to data centre equipment to monitor exactly how much cooling each site needs at any particular time and reports back on how to optimise cooling as demand fluctuates. Not only does this optimise site efficiency but can also identify problems and issues to prevent overheating or even overcooling. That, O2 claims will deliver annual energy savings equivalent to one million kilograms of CO2 per annum.

O2's Head of Corporate Responsibility & Sustainability, Tracey Healey, commented, “Our number one priority is keeping customers connected, but that cannot be at the expense of the environment. Data centre cooling is a great example: the more data we use, the hotter the centres can become. Historically networks have relied on air con, but the UK has plenty of fresh, cold air [an excellent example of traditional British understatement given that Spring 2021 is exactly the same as Winter 2021 was - cold, miserable and dark. Ed.] that does the same job - so we’re getting rid of old kit and using energy in a smarter way. Investing in upgrading our network will help us hit our efficiency targets as we head towards net zero by 2025 - without compromising on the service we provide."

EkkoSense is registered in the English city of Lincoln and its headquarters are in nearby Nottingham, absolutely perfect for an ecology centric company. After all, if Lincoln Green was good enough for Robin Hood to wear in his tussles with the Sheriff of Nottingham…

Dean Boyle, CEO of EkkoSense, said.“We’re delighted that O2 chose EkkoSense to help them cool their data centres more efficiently and deliver energy savings at a time when demands on their critical facilities have never been so intense. Our software’s ability to capture and analyse O2’s critical power, space and cooling information in real-time gives their data centre team access to much more powerful optimisation capabilities, as they progress towards net zero".

O2 to give CO2 the elbow

The news is good. O2 has already upgraded some 70 per cent of its core network sites with the new equipment together with the EkkoSense data centre optimisation software that delivers energy savings in the range of 15 per cent to 20 per cent per site. This equates to 678,000 kilos of CO2 in just its first pro-rata year of use. Of course O2's actions are not exclusively altruistic, the operator will also save a lot of money in the short-, medium-, and long-term by investing in sustainable technology now.

Meanwhile, it continues to invest in other 'green' network improvements including advanced sensors and automation that put cell sites and other network assets into "sleep mode" when demand is low and immediately re-awakens them as demand increases. As a result of these and other energy-efficient initiatives O2 calculates that its network is now 82 per cent more efficient than it was in 2015, an impressive achievement.