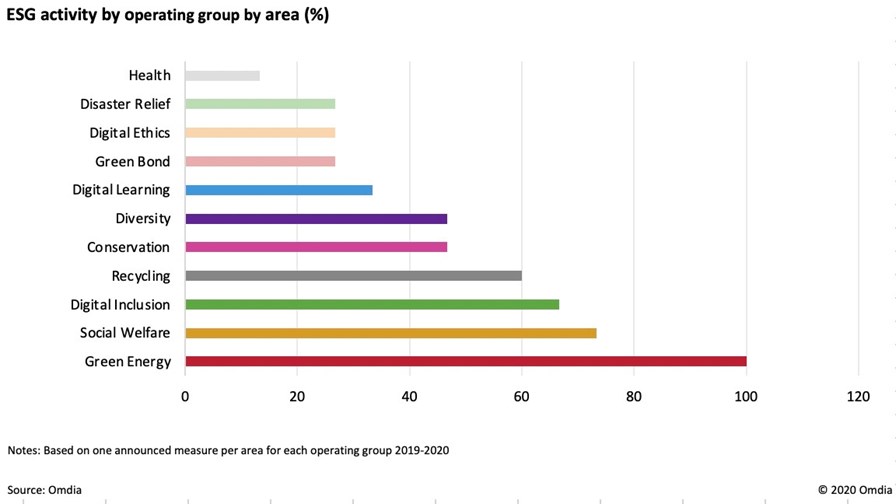 Green Energy has been front and centre of telcos’ Environmental, Social and Governance (ESG) efforts, according to a market study by research house Omdia.

The Omdia team has been tracking the ESG announcements (192 of them) of 15 key communications service providers for its ESG Service Provider Index and found that, between 2019 and November 2020, all 15 released official statements about green energy measures, with that topic accounting for a quarter of all ESG announcements.

As the chart above shows, Digital Inclusion and Social Welfare also featured strongly in telco ESG announcements, while topics such as Conservation and Diversity featured less often.

And as the chart below shows, Green Energy was the ESG topic cited the most in announcements from the 15 CSPs being tracked, accounting for more than 25% of all announcements made, followed by Social Welfare, Digital Inclusion and Recycling. 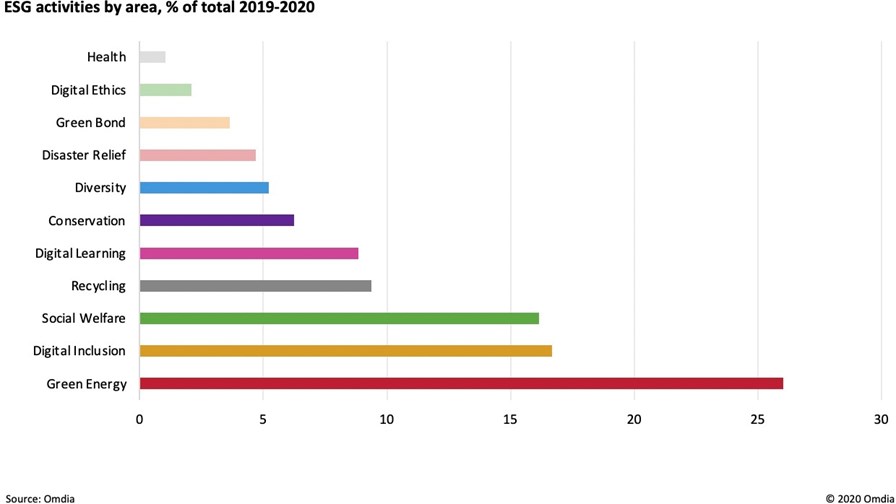 Omdia also noted that green bonds, which enable companies to fund plans to reduce their carbon footprint and source energy from renewable sources, have been announced by only four of those being tracked (Vodafone, Orange, Verizon and Telefónica), but the research firm expects more to follow suit “as telcos look finance their network modernization plans and other ESG initiatives.”

It also noted that among those being tracked, Vodafone, BT, Orange, Deutsche Telekom, Telefonica, Verizon, Comcast, and KDDI have all pledged a date by which they will reduce their carbon emissions to net zero.

The drivers for such efforts were discussed during TelecomTV’s recent Great Telco Debate during the session Sustainability as a business reality: not just a CSR tick-box exercise.