US regulator blasts a broadside at big broadband providers 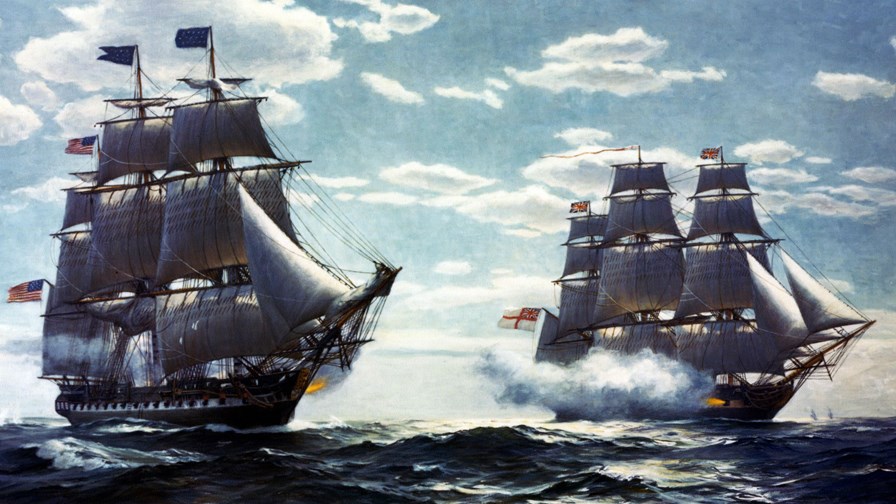 When US President Barack Obama leaves the White House in January, his cabinet and many other political appointees will go with him. One of those who will lose his job is Tom Wheeler, the current (and the 31st) Chairman of the Federal Communications Commission (FCC). As his Parthian shot, Mr. Wheeler has pushed through a broad set of new Internet privacy rules on a 3-to-2 vote. Big US broadband providers and cablecos are enraged.

The new rules provide increased protection for consumers by prohibiting broadband ISPs and carriers such as AT&T and Verizon from amassing, collating, manipulating and then either using for their own purposes or selling-on the private behavioural data of individual broadband Internet users.

The proscribed data includes details of websites visited and apps used as well as user location and financial information. Henceforth, ISPs will have to obtain the explicit opt-in permission of each one of their individual users before they can collect and disseminate consumer data from them. The FCC ruling a fillip for US consumer rights and a slap in the face for high-speed ISPs that have, hitherto simply taken the data unless individual subscribers have instructed them not to track them and have been through the tedious and complicated process of opting-out of the existing system. The  big broadband companies have been relying on this customer inertia to boost their bottom lines.

The new FCC rules also limit trading in data relating to the health of individuals, Social Security numbers and the content of emails. Broadband providers will also have to tell their subscribers exactly what data they are collecting from them and why. They will also have to fess-up to data breaches as and when they occur not days, weeks, months or even years after the event.

AT&T, Comcast and their ilk have long tracked their subscriber's Internet habits and enjoyed access to private data that has been used by them and others to provide so-called 'targeted' and 'personalised' advertising based on a browser's history. But now the FCC for once (and very belatedly), has acted to protect online subscribers and has put an end to a very, very lucrative practice as far as the broadband providers are concerned.

Commenting on the new rules, Tom Wheeler said, “The basic truth is that it is the consumer’s information. It is not the information of the network the consumer hires to deliver that information. How it is used should be the consumers’ choice, not the choice of some corporate algorithm.”

He added that Internet users want both control over and need protection from the predatory pecuniary instincts of the ISPs where the private data of individual users and subscribers is concerned.

The FCC has imposed privacy rules on telcos and cablecos in the past but this is the first time it has placed restrictions on big broadband ISPs.

Consumer and privacy organisations say that the new rules will make the US more like Europe where individual nations and the apparatus of the European Union already protect the privacy of online citizens. Jeffrey Chester of the Centre for Digital Democracy in the US commented, “For the first time, the [US] public will be guaranteed that when they use broadband to connect to the Internet, whether on a mobile device or personal computer, they will have the ability to decide whether and how much of their information can be gathered."

In March this year, spurred on by the fact that whoever the next US president may be the FCC board will change in the New Year and the current incumbents retired, the regulator proposed that new broadband privacy rules should be imposed. The decision was a direct result of the reclassification of broadband as "utility-like" businesses. Telcos, already classified as 'utilities', had long been obliged to administer subscriber privacy rules. Now broadband providers have been forced to follow suit and they are up in arms about it.

When privacy regulations for broadband providers was first mooted, telcos, ISPs and cablecos moved quickly to form a powerful lobbying organisation, "The 21st Century Privacy Coalition" to get their retaliation in early. Meanwhile those sectors and big companies that rely on the easy and cheap availability of online user data as a major additional revenue stream also began to lobby hard against the FCC proposals calling them “regulatory opportunism, unprecedented, misguided, counterproductive, and potentially extremely harmful.”

Fuelling the furore is the fact that the new rules simply do not apply to OTT players such as Facebook and Google because the FCC has no jurisdiction or powers over web companies. Facebook et al come under the aegis of the much looser and generalised regulatory regime of the Federal Trade Commission. One result of this is that the likes of Google do not have explicitly to get the opt-in of individual users of their services to harvest their private data.

And, despite the cries of "Foul!", "Discrimination!" and "Unfair!" coming from the likes of AT&T, Comcast and Verizon, these companies (and others) will still be able to grab private digital data, it just won't be quite as easy for them as it has been up to now. Whats' more, the new rules apply to broadband so data from wireless will be exempt from the new regulations. And Comcast and the rest of them will still be able to buy data from brokers and no mention has been made of what can be done with the trillions of records that have already been collected.

The subscriber worm begins to turn

Unsurprisingly, the big broadband providers vehemently oppose the new regulations and  claim they are not needed. Indeed, David Cohen, a senior vice president at Comcast,  went as far as to state that for more than twenty years "Internet companies have operated under the FTC's privacy regime and, during that time, the Internet thrived and consumer privacy was protected." Others would, and do, disagree.

AT&T and Verizon are worried about the knock-on effects of the new rules. After all, a major factor in Verizon's decision to buy both AOL and Yahoo was based on its expectation that if it did so it would be able to make money from the same subscriber twice - once by charging the usual monthly fee for broadband access and also from subscriber consumption of content provided by Verizon affiliates. Under the new regulations that nice little earner could take a battering.

And it could well be worse for AT&T. It's US$85.4 billion bid to buy Time Warner, already  facing serious regulatory scrutiny, was predicated on the continued imposition of the usual Internet access fees bolstered by extra income from HBO's streaming video app (which costs $15 a month) together with additional cash from targeted advertising pushed at subscribers across multiple devices and, lastly, by selling subscriber data to third-parties. That's not one bite at the cherry, it's four.

The ISPs seem not to care that their lust for ever more subscriber revenue, to made whenever, wherever and whatever, is beginning to anger the geese that lay the golden eggs.  As anyone who buys anything on the web will be only too aware, the whole process is becoming a drag. The sites are rendered ever-more difficult to navigate simply because of the endless profusion of unwanted advertising by far too much advertising, pop-ups are a pestilential plague and despite all the guff about 'targeted and personalised' ads, buyers are deluged by advertising for things they have already bought!

The subscriber now knows that the big broadband providers not only want to (over)charge for Internet access itself but also to take the subscriber's personal data, twist and shape it and send it back to them as yet more advertising and 'buying opportunities'.

But the worms are beginning to turn. They know that Facebook and Google are provided "free" - the quid pro quo being the tacit agreement by the user that the companies will manipulate the data the user provides in exchange for access to the social media sites. However, the broadband companies want their cake and to eat it too: i.e. subscription fees and data plans plus free use of consumer data. But times are changing.

America's big broadband providers have a year to make the necessary changes required by the FCC but, given the febrile presidential election and the deep divisions in US society being made manifest by it, in twelve months time the chances are high that the new FCC regulations will be appealed and rescinded. It makes you wonder what the point of it all is in the first place.