One of George Washington's lesser known maxims: "I cannot tell a lie, it was the FBI" 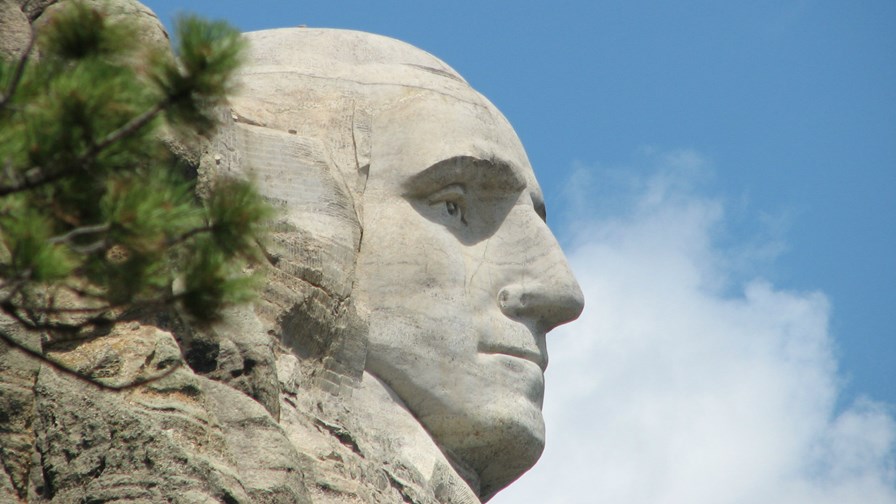 US federal authorities, miffed at being unable to get access all the data they want to eavesdrop on via modern surveillance laws, have exhumed an ancient piece of legislation, the All Writs Act, that was signed into existence by the first US president back in 1799. Now telcos, ISPs and social media sites may be compelled directly to hand over customer data or provide back door access to various agencies on the simple say so of a mere magistrate.

Over in the Land of the No Longer Quite So Free As We Used To Be, federal law enforcement agencies are desperate to gain access to any and all private data pertaining to individual US citizens. And even though they are constantly vacuuming-up unbelievably enormous amounts of information at an ever-increasing rate, they are still not satisfied that they are getting absolutely everything they 'want and need' to fight the endlessly-expanding and never-ending 'war' on terrorism.

However, in a couple of recent court cases fought by telecoms companies, social media organisations and by individuals themselves, these agencies have been slightly discombobulated in their relentless pursuit of gaining access to all data on everybody. It rankles with them so much that modern law should actually, and only sometimes, be used to thwart them in their Orwellian quest that legislation from the time of the very birth of the United States has been dredged up from the history books and is is being used to circumvent statutes that were passed much later on in US history to protect the freedom and liberty of the individual.

The legislation invoked was the "All Writs Act" of 1789. It was signed into law 225 years ago by George Washington himself - with quill pen.

But wait! What is that strange whirring, rattling noise rising in the background? Why, it is the  sound of the Founding Fathers spinning in their graves.

The case in question isn't even terrorism-related. It is to do with credit card fraud, but, of course, once a door has been pried open even a quarter of an inch it can easily be booted off its hinges to let an army march through.

In this particular case the US authorities had already obtained a search warrant but had been unable to crack the device's password-protection and so the lawyers went back through the legislative history books to find a long-lost legal basis to get what they wanted. They found it in the All Writs Act.

According to Judge Gabriel Gorenstein of the Southern District of New York, that musty and dusty old law permits federal courts to "issue all writs necessary or appropriate in aid of their respective jurisdictions and agreeable to the usages and principles of law.”

The news caused a furore amongst privacy groups but James Margolin a spokesman for the US attorney’s office in the Southern District of New York said, “It’s not that unusual for the government to use an All Writs order to get a phone-maker to unlock a phone.”

So the cat's out of the bag. This isn't the first time an archaic law has been dragged blinking into the harsh light of the modern day and pressed into use to legislate for something that was, quite literally, unimaginable when the law itself was passed - and it won't be the last.

Since Edward Snowden revealed the massive and frequently illegal extent of surveillance routinely been carried out by the US and its allies (including the UK it has to be said) computer, tablet and smartphone manufacturers have boosted privacy protection on such devices while ISPs have provided tools that increase the privacy of their subscribers. Leaders amongst these are Apple and Google who have provided consumers with beefed-up encryption methods and abilities that are now so ubiquitous that theycome built-in as standard on the iOS and Android mobile operating systems.

Two months ago, Apple issued a release saying, “On devices running iOS 8, your personal data such as photos, messages (including attachments), email, contacts, call history, iTunes content, notes, and reminders is placed under the protection of your passcode. Unlike our competitors, Apple cannot bypass your passcode and therefore cannot access this data. So it's not technically feasible for us to respond to government warrants for the extraction of this data from devices in their possession running iOS 8.”

Soon thereafter, Google announced that Android devices to would also come with sophisticated in-built encryption that would prevent anyone from accessing private data if not authorised to do by owner/user of the device itself.

The FBI hated what Apple and Google did and the Director said so publicly. Now the authorities are fighting back and are hoping to circumvent problems by getting mere magistrates to sign off on allowing access to an individual's private data by recourse to ancient legislation.

Commenting on events, Jennifer Granick, director of civil liberties at the centre of Internet and Society at California's Stanford University said, “It’s part of what I think is going to be the next biggest fight that we see on surveillance as everyone starts to implement encryption. Does the “technical assistance” provision ordered by the court mean you have to do something to your product to make it surveillance friendly?”

Elsewhere, Brian Hauss, a lawyer for the American Civil Liberties Union, said, “If the government were to start coercing internet service providers to fundamentally undermine their services, on pain of obstruction of justice charges, I think a lot of companies would respond by either shutting down or designing services that are effectively impossible to wiretap in any way. That would be a tremendous waste of resources, and it would effectively prevent law enforcement from getting even the properly targeted information it needs to build a case. That’s why it’s so important for the government to show restraint when coercing service providers to assist in its investigations."

But there may yet be some sort of a sliver lining. The All Writs Act is so very old that it could, and no doubt will, be argued that even if the likes of Apple and Google were prepared to open up access to the authorities, they still wouldn't be able to provide the powers-that-be with the data they want. Today both iOS and Android encrypt data only in a way the owner of can decrypt. Apple and Google say they have any keys to allow untrammelled access to consumer data as far as their. However, once a punter loads info up to the cloud, anything goes and the feds will be to rootle through ether to their hearts' content.