Then they came for the swifts, and I did not speak out... 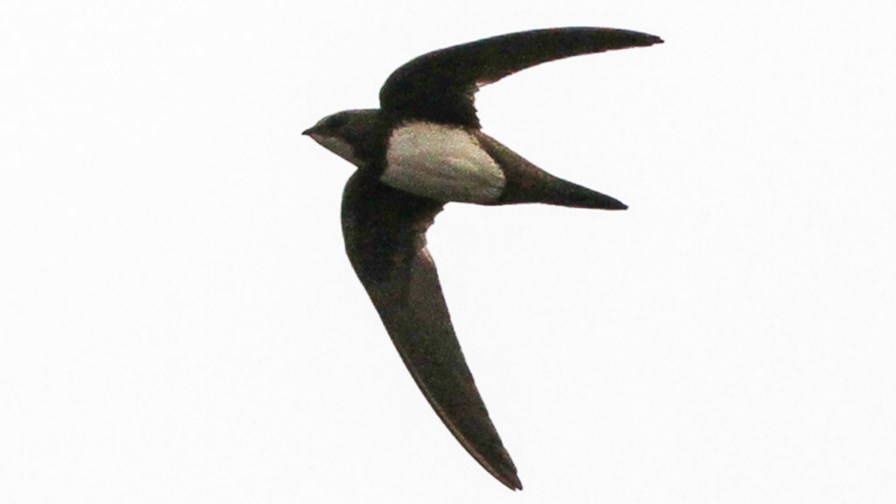 In this age of security holes, privacy breaches and general Internet madness, spare a thought, if you would, for the amazing swift (lat. Apodidae). A tiny bird, weighing a mere 42.5 grams (1.5 ounces) and which, up to now, has managed to mind its own business. It comes, it goes, nobody much knows what it gets up to when it’s out of sight.

It turns up in temperate climes in the summer, swooping and eating tiny insects on the wing, never seeming to land except to nest. Then it disappears as the temperature drops, probably to Africa to over-winter.

Until recently scientists weren't sure where it went. In fact they weren’t sure about anything swiftish. How did it sleep; where did it sleep; did it ever come to earth (outside of nesting) and how long can it spend just flying about?

Now, however, the swift’s cover is blown, thanks to the activities of biologists at the University of Lund in Sweden (see New York Times) who have been attaching ‘micro data loggers’ to the tiny avians and inferring from the data stored an extraordinary amount of information about its activities and proclivities.

The swifts might be light, but the loggers are lighter, weighing in at just 4/100ths of an ounce. They are the latest in IoT sensing equipment and can store, via their, accelerometers, compasses and light sensors some cracking insights into swift behaviour. Scientists could could pinpoint by the duration of the day and night (the light meter) and the time of year, the birds’ latitudes. Like an ancient mariner they could also work out longitude when the sun was at the midday position thus giving an east/west location.

By recapturing 19 of the swifts and retrieving the data they worked out where the birds were spending their winters (West Africa) and that they all  stayed in the air more than 99 per cent of the time when they weren’t nesting.

According to the New York Times, the recordings also showed that at twilight, the birds could climb up to one and a half miles, perhaps to sleep on the wing, certainly to avoid any sort of airborne predation (nothing else up there).

It’s amazing what you can piece together with just the skimpiest amount of information. Which brings us with a clunk to another piece of news released today.

Oracle has announced that it’s found a way for cloud marketers to manage what it calls the ‘Identity Gap’.  Now, it says, enhancements to the Oracle Data Management Platform means marketers can “seamlessly define, select, count, and deliver audience IDs based on the user's’ environment.” So Oracle’s own customers can now create audience segments tied to the customer journey across devices, channels, media environments, and ID spaces.

Yes, that was a cheap trick. And of course Oracle’s not doing anything out of line. The entire IT industry, in one form or another (including ourselves), uses (or tries to use) customer/user data to gain competitive insights on customers’ behaviour by drawing together data points and examining ‘customer journeys’. Just as the researchers managed to chart and infer the swift’s journeys, so there are marketers out there drawing together billions of tiny data points to infer ours.

The sensor technology and the data analytics we can now deploy to harness it, is remarkable. But as we’re being tracked in huge detail, we ought to remember just how much the scientists learned about the secret swifts with just 19 data trackers and a sensor or two.  Imagine what they can work out about you.