Rupert Murdoch, the man who put the 'twit' into Twitter 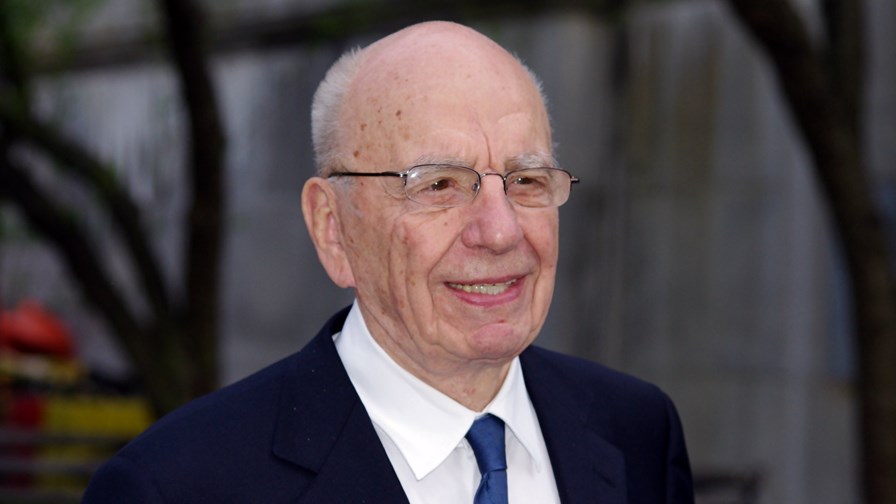 It's that time of year again; late-August and, with most of the Northern Hemisphere on holiday, gut-grabbing tech and telecoms stories are hard to come by. Yes, it's the Silly Season and normal service will not be resumed until the end of the first week of September. That's why the editorial inbox is a shadow of its normally chubby self and such slimline content that does plop onto the virtual doormat runs the gamut from the sublime to the ridiculous and on through to the outright bizarre.

It's a time when PR outfits have to bat on through the dog days of summer with very little of any substance to rely on. So they pump out a welter of verbiage in the hope that equally desperate journalists will discern a gleaming nugget lurking in the dross, pick it up,and give it a polish. Indeed, it is so bad I actually came very close to writing a piece about a GPS service that tracks the whereabouts of cats on their nocturnal peregrinations. In the end though I just couldn't bring myself to do it. Dignity, you know, always dignity.

That said, I couldn't resist this one. The Foxy one himself, for it is he, Rupert Murdoch, an occasional user of Twitter after discovering social media in the halcyon years of his mid-dotage, has taken to the medium again to express the opinion that Google is worse than America's NSA!

Here's the twit's deathless Twitter in full, "NSA privacy invasion bad but nothing compared to Google". Now that has to be enough to make the aforementioned tabby chortle it's little furry bootees off.

Murdoch detests Google. He remains convinced that the Cookie Monster routinely appropriates the contents of his print various organs and steals video content by indexing torrent and piracy sites. It is strange then, that despite all the bile and protestations, Murdoch has signally failed to put in place any measures that would prevent such 'thefts'. But then there's no such thing as bad publicity as far as his organisation is concerned.

That said, his latest excursion into the Twitersphere is a rare and beautiful thing. Unashamed naked hypocrisy for all the world to see and marvel at in 140 characters or less. This is, after all, the man whose self-proclaimed 'humblest day in his life' was when he appeared in from of a Committee of the British House of Commons to explain about and apologise for the behaviour of the staff of one of his papers, the infamous and now defunct News of the World, where illegal phone-hacking practices were the order of each and every day.

Still, why would that get in the way of the Dirty Digger having a dig at a rival. What he likes to do is to pop his head briefly above the parapet, like a geriatric Whack-A-Mole character, let fly with a short, sharp and usually nasty barrage, and then disappear back down the hole again to take shelter while the storm rages above. It's an effective strategy that keeps him in the limelight: maximum publicity for minimal outlay.

Few journalists hold any sort of brief or unnatural affection for the sprawling data-gobbling monstrosity that is Google but this may be one time to make a rare exception and actually spring (well, with gritted teeth and clenched buttocks, grudgingly incline very slightly) to Google's defence.

Sure Google is a voracious and insatiable collector, archiver and manipulator of the personal data of its millions of users. That data is a gold seam that is worked constantly to make Google more and more money. But, and it's a big but no-one forces anyone to use Google. It's an opt-in choice by individual people.

That's not the same with the NSA. There is no opt-in (or out) for the NSA is an organisation that routinely exceeds it legal parameters and remit and rides a pantomime version of Paul Revere's horse straight through the NSA-shaped hole in the American Constitution. Seemingly under-policed and over-funded the NSA collects data on billions of people that are entirely innocent of any wrongdoing and that the NSA itself has no reason to consider to be worthy of any surveillance whatsoever. Their data is simply scooped-up into the global keep net with everything else. The bigger fish get close attention but the sprats stay in the net forever - just in case. I wonder if Mr. Murdoch is in there along with the other bottom feeders?