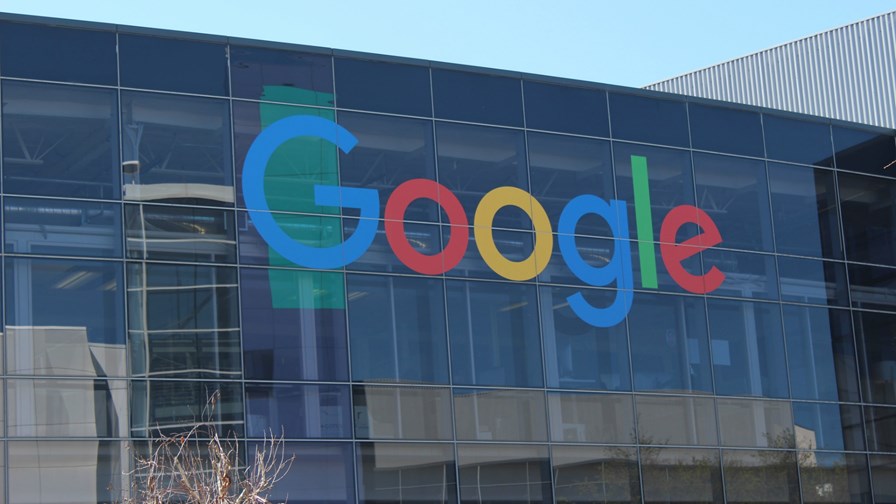 So here's another seemingly incidental, apparently unexpected consequence of Brexit. Google is moving the data it holds on British users (and who can begin even to estimate the amount that the (Don't Be) Evil company has sucked up, sold and otherwise "monetised" hitherto?) from the aegis of the European Union to the tender ministrations of the United States where the data protection and privacy accorded to its citizens is about as effective as a chocolate teapot.

Google claims it has been reluctantly forced to make the transition as a direct result of the UK leaving the EU. The reality is rather different, but we'll come to that anon. What Google's move (to be completed by the end of this March) does is effectively to strip Brits of the protections afforded by the EU's General Data Protection Regulation (GDPR). It seems that Google will soon require UK users to acknowledge and agree to new terms and conditions of service, including the fact that their data has been spirited away from the Emerald Isle to some Google server farm and data centre/data controller somewhere in America.

In a press release Google claims, "Nothing about our services or our approach to privacy will change, including how we collect or process data, and how we how we respond to law enforcement demands for users' information." Yes, we'll get just as much data privacy and protection as any American citizen - which is approximately two-thirds of nine-tenths of sod all of Sweet Fanny Adams. Thanks for that.

What's more, Google has decided simultaneously to bundle into the change data collected via its Chrome browser, Chrome OS and Google Drive. These users too will have to comply with the changed Ts & Cs.

Google also says that the move was also forced upon it because it is "unclear" whether or not the UK will continue to apply the GDPR or other standards that could have ramifications "that could affect the handling of data". In fact things are very clear indeed. The GDPR is an EU Directive that the UK, by virtue of membership of the EU, was legally bound to accept and follow at the time it was implemented.

Britain is no longer a member of the EU but is in the first month of a year-long transition period during which the government is supposed to negotiate a final future trading agreement. (Pause for hollow laughter). Meanwhile, country has agreed to continue to implement the terms of GDPR as it stood on the date we left the Union. In future it may or may not accept and apply any changes the EU subsequently makes to the provisions of the GDPR but as it stands, absolutely nothing in it has changed at all.

The UK regulator, the Information Commissioner's Office (ICO), has issued a statement saying, "Our role is to make sure the privacy rights of people in the UK are protected and we are in contact with Google over this issue. Any organisation dealing with UK users' personal data should do so in line with the UK Data Protection Act 2018 and the GDPR which will continue to be the law unless otherwise stated by UK government." In other words, we'll roll over and play dead like a good little poodle.

Google actually had the opportunity to have UK user accounts administered and managed through a British subsidiary company but declined to do so. Why? Well, it's pretty obvious. Moving the personal data gleaned from individual users will make it very much easier for it to be accessed and manipulated by mass surveillance. In other words, the very best we can look forward to now is to be spammed continually by dodgy US companies in addition to the usual suspects in India, Nigeria, Russia and elsewhere.

Google rounds off its statement by reminding those who might be a mite concerned about where their date is going, who might access it, and what might be done with it that if they don't like it they can always leave. It says, "If you don't agree to the new Terms, you should remove your content and stop using the services. You can also end your relationship with us at any time by deleting your Google Account." Of course, not many will but a few might decide that giving up the ability to access YouTube would be worth the candle. The trouble is that their actions will be as effective in changing Google's increasingly unpleasant ways as likelihood of a gnat taking a bull elephant off at the knees at a single bite.

A lot of talk during the febrile years of the Brexit debate was about we Brits "Taking back control". In this case the opposite is happening. Google is taking back control of our privacy. I wonder if anyone voted for that?

Google's business model, from its earliest days, was based on making money from putting advertisements in front of its users. As time went on it became evident that, to be successful, ads had to be accurately targeted and for that to happen the company had to collect, analyse and manipulate as much data as it could extract from as many users as it possibly could. The result? A world wide web of tracking tendrils feeding data back to the rapacious central maw of the ever-hungry Google system where people are reduced to a set of data points in a monumental myriad of categories and correlations in unbelievably immense and ever-expanding data sets. Dystopian is the right word.

Things have also changed for employees of the (Don't be) Evil one. During its early naive and idealistic phase Google constantly urged staff “act like owners” and to use fora inside and even outside the company to raise their concerns, voice dissent and make suggestions. The internal discussions and regular Q & A sessions with the founders were called "TGIF" (presumably as in Thank God it's Friday). It didn't last and Google has evolved to become the arrogant behemoth that now actually employs outside "consultants" to come up with stratagems to prevent Google workers from joining unions. But as the old saying goes, "Everyone's a communist until they own a ferret."

It wasn't always thus. Back when Google was preparing to debut on the Stock Exchange, in the dim, dead, distant past of the summer of 2004, the prospectus stated that Google was and would be dedicated to attracting "exceptional technologists and businesspeople" and keeping them pleasantly plexed within the Googlefold for the long-term. Larry Page, Google's co-founder, wrote in the IPO blurb that the company "will reward and treat them well.”

It's worth remembering that when the company went to IPO Google founders Page, Sergey Brin, and erstwhile CEO Eric Schmidt agreed to work together at Google for 20 years. That is until the 2024. They didn't make it that long -  neither did tens of thousands of employees.

Page also said, “Talented people are attracted to Google because we empower them to change the world." Well, Google has changed the world right enough but more and more staff are feeling disenchanted and decidedly disempowered as the company straddles the globe, basically unregulated, under-policed and doing more or less what it wants where it wants to make ever more money from advertising via its mass tracking and surveillance platforms.

Disquiet of the now-prevailing ethos within Google reached new levels of concern in 2016 when engineers came to realise that outside forces, such as the Russian government, had exploited the social media technology they had developed to infiltrate and influence US domestic politics in a presidential election year.

Then, in 2017, a leaked set of Google showed that the company had, so quietly as to be a secret, signed a contract (Project Maven) with the US Department of Defence to use AI software to are track individuals and vehicles in drone-captured video. In the leaked documents Google said the results obtained from testing showed that the AI was far more successful than human beings in following people and making identifications.

As Bob Dylan wrote, "You don't need a weatherman to show which way the wind blows."