Facebook: The vampire goblin leeching on the back of its unknowing users 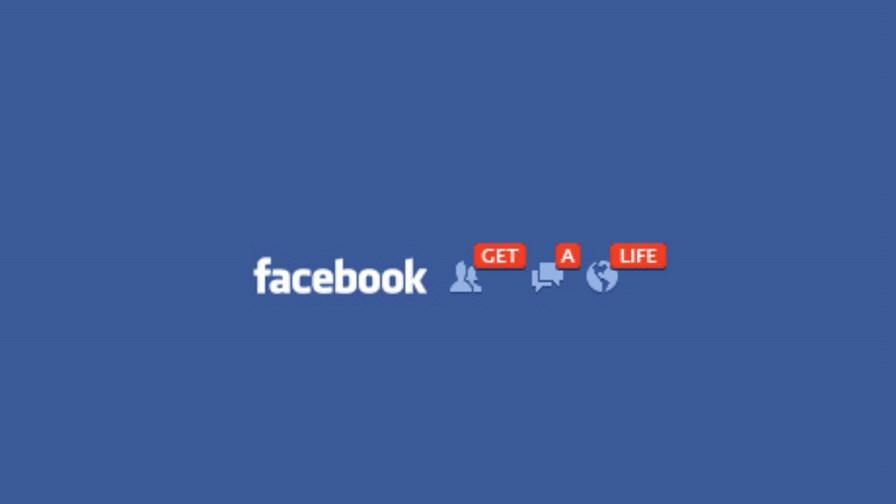 If there's anyone out there still holding a lingering belief that, at the end of the day, Facebook is a benign and misunderstood entity, they'd better think again. The latest revelations about its secret mood manipulation experiment on unknowing users show it up in its true light; a remorseless, data-trawling, self-serving, user-exploiting, money-making face-sucking-squid of a thought-control machine.

It is an underhand, deceitful, power-hungry, dystopian Orwellian nightmare-in-the making that needs immediate, serious and ongoing oversight by an outside agency with the power to pull it up hard by the short and curlies. What's more its benighted users should realise how they are being gulled and take collective action to cut it off at its knees.

Your average Facebook user won't be an avid reader of the Proceedings of the National Academy of Sciences of the United States of America and so will have missed the newly-published paper entitled "Experimental evidence of massive-scale emotional contagion through social networks".

The abstract of the paper is headed "Significance" - and it certainly has that. It reads, "We show, via a massive (N = 689,003) experiment on Facebook, that emotional states can be transferred to others via emotional contagion, leading people to experience the same emotions without their awareness. We provide experimental evidence that emotional contagion occurs without direct interaction between people (exposure to a friend expressing an emotion is sufficient), and in the complete absence of nonverbal cues".

This is dry academic language but what it means, in everyday parlance, is that Facebook commissioned some scientists and conducted a secret mood manipulation experiment using 680,300 English-speaking users as unknowing guinea-pigs.

And that experiment was a deeply disturbing, potentially sinister and worryingly successful attempt to bring about emotional change in "subjects" (ie, Facebook users) by interfering with what those users saw when when they logged-on to their Facebook account. News feeds and other content were fiddled-with to affect user empathy. That is genuinely Orwellian and intrinsically  evil.

You are now entering an ethics free zone

The phenomenon of 'emotional contagion' has been studied many times before and in the past Facebook data has been 'observed' or cited and commented upon in various academic papers and treatises. However, the difference with this study is that, from the outset, the data was deliberately manipulated to provoke responses from people who had no idea that they were part of an ethically and legally questionable experiment.

This happened back in January of 2012 and the experiment lasted for a week. However, the mills of academe grind exceeding slow and the results have only recently been published. They have has caused a furore and again demonstrated that Facebook continues to play fast and loose with user data.

"So what?", you might think, "I could have told you that." Yes, but it's not today that we need to worry about, - it's tomorrow when social media organisations may be able to manipulate users into taking part in the 21st century equivalent of the "Two-Minute Hate" ritual invented by George Orwell in his novel '1984'.

The corollary is, of course, that they could also be manipulated into 'loving' (and voting for) a particular politician or party-political doctrine. Think about it. The potential for totalitarian mind control is nascent but it is there and it is all the more insidious because it is based on individuals freely giving up their personal data simply to become part of a 'club" of voluntary members rather than being coerced by main force and fear. The end result can be the same though - mindless and unknowing acceptance of a skewed and managed reality.

When you sign-up to a free service, you are not a customer, you are the product

Facebook, although discomfited by yet another deluge of bad press and user anger and, as a result, having been forced to make half-hearted and half-arsed conciliatory noises remains basically unapologetic. That's because it is secure in the knowledge that what it did is almost certainly legal because the 'Terms & Conditions" box on the Facebook site, (which anyone who wants to join must tick before getting access) includes notification that once users supply personal information Facebook can use it for “data analysis, testing, trouble-shooting, internal operations, service improvement and research.” Facebook hides this away in piles of abstruse verbiage that the company knows few people ever bother to read - or could understand if they did. It's the worst kind of corporate cynicism.

As the outrage swelled, Adam Kramer, the lead scientist of the study (and a Facebook employee) posted a comment (on Facebook, natch) saying, “Having written and designed this experiment myself, I can tell you that our goal was never to upset anyone." Yes it bloody well was, it was designed specifically to affect their moods and to to upset them. Hence the references to making users more negative by "emotional contagion".

Kramer added that he joined Facebook (back in March 2012) because "Facebook data constitutes the largest field study in the history of the world." So there you have it. He added that, "Facebook’s internal review practices have come a long way since 2012." You can bet your sweet bippy they have. You're all guinea pigs, it's just that Facebook doesn't always remind you of that fact.

Commenting on the experiment in a blog entitled "Facebook didn't give users informed consent", James Grimmelmann, a law professor at the University of Maryland, writes, "This is bad even for Facebook. It is a real scandal. People did not have the information to allow them to decide whether or not to take part in the study  - a study that harmed participants because it changed their mood".

The Thought Police of the social media

Interestingly, in reference to the experiment, the influential Ivy League college, Cornell University, on June 10 issued a press release listing those organisations and entities that funded the work. In that press release it cites the Army Research Office, which is a US Army agency that piles money into "research in the military's interest." This reference has now mysteriously disappeared and been replaced with a release saying the experiment "received no external funding."

Facebook is a serial abuser of users and their data. An unrepentant recidivist, that, when caught out - as it has been so many times before and will be again - always professes ignorance; or that it was all done with the best and most innocent of motives and will never, ever happen again. Until the next time.

Only last week Larry Page, the CEO of Google, publicly complained that users didn't have enough trust in "big data" companies. He wants access to the health records of (in the first instance) US citizens, and claims that if Google were to be allowed to mine the data it could "a save 100,000 American lives a year." He fails to say what other uses the data would be put to or to address how much more accrued power and additional revenues the company would get.

The fact is that Facebook, Google and their ilk regularly provide us with sound and compelling reasons not to trust them. Experiments like Facebook's "emotional contagion mood manipulation" will continue and they will get worse. What's more, unless we do something about it now the most dangerous of them will be kept secret until it is too late to do anything at all.

I'm not on Facebook myself, never have been and never will be - on the  sound Marxist (Grouchoist-tendency) grounds that I wouldn't want to be part of a club that would have me as a member. It's time that those who have given up their birthright (and haven't even received a mess of Facebook potage in return for exposing themselves) understood that they are nothing more than Facebook assets to be milked and milked and bilked and bilked again and again. Time to leave.