Chicago Snooping: Toddlin' town to track toddlers - and everyone else on the street with mobile devices 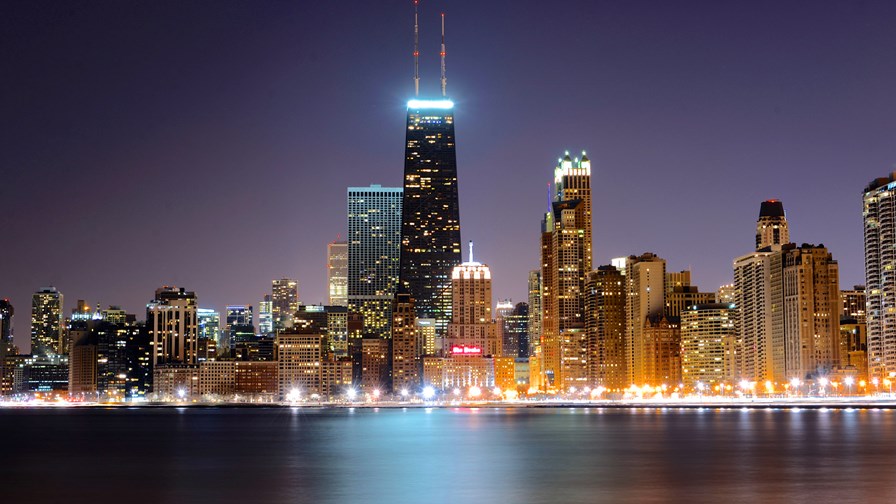 Lamp-posts in Chicago are set to become listening posts spying on citizens. The city fathers in Chicago are to place networked sensors in some of my kind of town's streetlights and will use them to track and record weather conditions, air pollution, noise pollution, wind levels (well after all, Chicago is "The Windy City" although the appellation has nothing to do with barometrics) and other parameters. Sounds like advanced proactive civic responsibility, doesn't it? And it is - but only up to a point.

The sting comes in the tail of the press realise announcing the initiative. It reveals that the "big data" to be collected will include records of the number of mobile devices that pass each lamp-post. The sensors, parts of what Chicago's municipal leaders are calling the "Array of Things", will be deployed from next month - just in time for the Independence Day celebrations.

Happily, the authorities have been taken aback by the outcry and anger the proposed system has provoked and are on the defensive and rebutting charges that the new network is decidedly Orwellian.

Charlie Catlett, the director of the Urban Centre for Computation and Data in Chicago, who is no uncritical apologist for for the system does however point out that any data collected will be completely anonymous, never mind anonymised. He adds that the sensors will use the cell phone traffic that they detect to analyse pedestrian traffic and footfall and will not record any device parameters or the personal information of users. However, the system will have the capability to read digital addresses and access and record other data that will identify individuals.

So, the means of surveillance is there, it just won't be used - yet. Understandably, many Chicagoans are are unimpressed and concerned. "Until when and unless what?, that's what many of them want to know. After all the system will be permanent. It isn't a test and the system "will be adaptable to new sensor technologies that are in development now or may be devised in the future". That is downright scary rather than reassuring.

Trust us. And anyway there's money to be made from Big Data

Proponents of the "Array of Things", and that, of course, include a lot of big businesses and corporations who can sniff out a potential revenue earning opportunity that access to big data can provide quicker than a hyena can scent the rotting carcase of a jackal a mile away across the Kalahari, contend that the sensor network collecting so much big data will make Chicago more attractive to companies that make their profits from"technological research" and that more jobs for Chicagoans will be the result.

In another move meant to reassure but which actually does the opposite, those behind the "Array of Things" say the data collected from the lamp-posts will be available to public, private, and academic sectors and will "be published immediately". They add, "We hope that the authorities, corporates, app developers and the general public will come up with innovative ways to make the most out of the collected information". You can bet that the first two on that list will make the most out of what they can get their hands on but whether or not that will  be to the benefit of the general public is debatable.

Among the companies providing equipment and technology to enable the "Array of Things" are Cisco Systems, Intel, Motorola, Qualcomm and  Zebra Technologies. The sensor's protective shields, all trendy, curvy, perforated steel things, were designed at Chicago’s School of the Art Institute. So, people will be glad to know that they are being spied upon by pieces of modern street art. And, after all, the saying has it that most companies don't care about you, they care about people like you, so why worry."

I'll tell you why - from personal experience. Shortly after the Berlin Wall fell I walked through the Brandenberg Gate and down the Unter Den Linden and deep into the heart of what had been East Berlin. It was a spring evening and on my walk I was accompanied by a very senior representative of from the higher management of Deutsche Telekom.

He was giving me a guided tour of what, until very recently, could only be accessed via the officious and oppressive nastiness of a trip through Check Point Charlie, and, having been down that particular road before I was happy that I wouldn't have to go through all that scary, stony-faced misery again. As we wandered along the he regaled me with stories about what the telco had discovered when it took over the battered, tattered and aged East Berlin telephone network.

For example, staff had been able scientifically to confirm what they already knew from practical experience and incipient hearing loss - that the Russian copper cabling deployed in East Berlin was fifth grade stuff full of impurities that made voice communication difficult and often impossible. They had also found that not only had a communist regime continued  to use the 1930s technology  that had been installed by the Nazis (because it worked better than the East German and Russian kit deployed in the 50s, 60s 70's and on through to the collapse of the DDR and the USSR) but that in many cases they hadn't even chiselled the swastika and Third Reich eagle off the kit! And, of course, every phone line in the city, and presumably by extension (if you'll forgive the pun) the rest of the country was duplicated so that the secret police could eavesdrop on every conversation, inbound or outbound. And they did.

And then came the revelation that really surprised me, although I suppose it should't have given, the paranoia of the DDR's rulers. We stopped at one of the many big decorative lamp-posts spaced down the Unter Den Linden and he said, "Each of these lamp-posts had several directional microphones concealed in them so that the Stasi could follow every word of every conversation held by people as they walked up and down this grand avenue". It was the same in many other parts of the city.

Think on, Chicago. What is comparatively benign now could become the means oppression in times to come. If ever an initiative needed proper, serious oversight, this does.

And each time I roam, Chicago is
Following me home, Chicago is,
That's why I don't care to phone,
It's that kind of town".