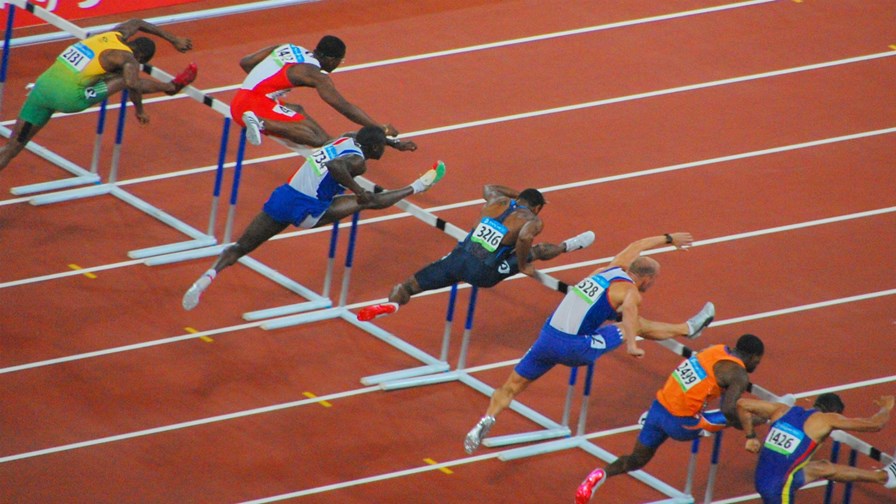 When Broadcom made its hostile US$103 billion bid for Qualcomm on Monday, one of the top items on its worry-list was the regulatory scrutiny the deal might face in the US. That is still the case but Broadcom now faces another set of regulatory hurdles - erected by China! The Chinese authorities have just let it be known that the People's Republic may not give regulatory approval to the Qualcomm acquisition. The doubt has been raised as China concentrates on protecting its own strategic foray into semiconductor manufacturing.

And how ironic is it that this is happening whilst Donald Trump is actually in Beijing on his grand peregrination around the countries and capitals of the Far East and is meeting with his new bestest buddy, President Xi Jinping, a man with whom Mr. Trump has "great chemistry". Interestingly, the US President has several senior Qualcomm executives among his entourage in Beijing.

The US and China have been at loggerheads over technology acquisitions before and the US Committee on Foreign Investments in the United States (CFIUS) (the body - and its  potential actions - that Broadcom was so worried about before it made the decision to relocate itself back to America and repatriate some US$20 billion in revenues) has prevented several Chinese companies acquiring or partnering with US enterprises.

Chinese authorities say that because of "strategic concerns" the Broadcom/Qualcomm deal will be subject to a "deep and lengthy review" that will be undertaken by the Anti-Monopoly Bureau, the anti-trust division of China's powerful Ministry of Commerce. They add that the proposed acquisition is "huge" - which is undeniably true.

What isn't mentioned is China's fraught history with Qualcomm and the fact that the company has been penalised before by the Chinese state. The authorities there have long claimed that the US company is anti-competitive and has "monopolistic tendencies" and back in 2015, Qualcomm agreed to pay a fine of $975 million to put an end to a Ministry of Commerce investigation into anti-competitive practices. These were Qualcomm's so-called "double dipping", a nifty wheeze whereby Chinese purchasers of Qualcomm equipment were charged "patent loyalty fees" after they had already paid for the chips.

The regulatory investigation into the Broadcom/Qualcomm deal comes as China is moving to develop its own semiconductor industry and so cut the country's dependency on overseas suppliers. The sector is of growing importance and massive strategic potential. Currently, the biggest home-grown semiconductor manufacturers are Fujian Grand Chip Investment and Tsinghua Unigroup but it is expected that other new chip companies will be formed over the course of the next few years.

These days, enterprises engaged in "major takeovers" must notify the Ministry of Commerce before attempting to close such a deal. The Ministry (and therefore the Chinese government) defines a major corporate merger as one where, in the year preceding it, the two parties to the negotiations have a combined total turnover os 10 billion yuan (about $1.5 billion) or when their combined incomes from China exceeds two billion yuan (about $300 million). Both Broadcom and Qualcomm surpass those thresholds - and then some.

Given the sheer size, complexity and strategic importance of the Broadcom/Qualcomm deal the signals from the Chinese authorities are that it would have to clear all three convoluted stages of the Ministry of Commerce's vetting procedure before being approved. Nominally, once the process starts it is supposed to take 180 days. However, in previous cases the process has dragged on for years - and that's exactly what could happen here.

However, in the past, officials have imposed certain restrictions on acquisition deals in as far as they affect China, rather than imposing an outright ban. This is particularly true where no Chinese companies have been directly involved. Thus Broadcom and Qualcomm must be hoping that the Ministry of Commerce will content itself with imposing some (perhaps irksome but nonetheless manageable) limited trade restrictions and/or require the new Broadcom to take on a Chinese partner.

Meanwhile in the 'Alice Through The Looking Glass' world we all now perforce inhabit, this very morning in Beijing the 45th President of the United States told the Chinese President that he does not blame China for the restrictive trade practices, the rampant theft of copyright in intellectual property, the dumping of goods and commodities and the many other questionable and unfair machinations visited on America by China over many long years but instead lays the responsibility for what he calls "a very one-sided trade relationship" on previous US presidents!

Let us remember that this is the man who, when a presidential contender, accused China of "raping the US economy", was obsessed by the subject and promised to be extremely tough with the country if elected.  As Oscar Wilde said of Charles Dickens's mawkish description of the death of Little Nell in 'The Old Curiosity Shop', "One would need a heart of stone not to laugh."