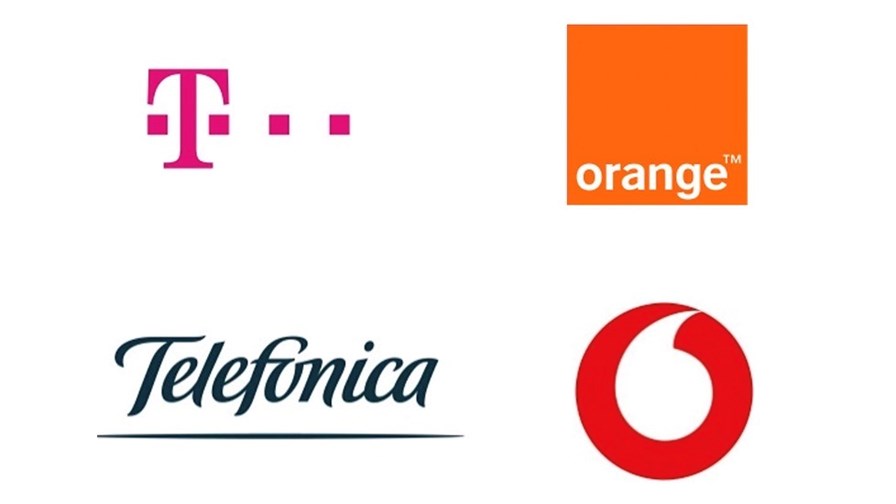 Four major European telcos – Deutsche Telekom, Orange, Telefónica and Vodafone – have signed a memorandum of Understanding (MoU) on ‘The Implementation of Open RAN Based networks In Europe’ that signals their commitment to deploying open, disaggregated 5G radio access networks but which also lobbies for state funding and support to kickstart rollouts and foster a regional Open RAN R&D sector.

The commitment to Open RAN isn’t a surprise in itself, but now it’s in print and goes beyond just a promise to include Open RAN architecture in their next-gen networks: “The signatories individually commit that OPEN RAN will be the technology of choice for RAN… The signatories will collaborate to support OPEN RAN reaching competitive parity with traditional RAN solutions as soon as possible,” they note in the MoU document, while also agreeing to “prioritize” the implementation of Open RAN technology.

They note in the MoU document, though, that there are limits to their cooperation, noting that “the signatories do not intend to and will not":

The G4 have also committed to deliver a ‘Technical Priority Document’ within three months that will outline “a joint understanding of the priorities for OPEN RAN architecture and models, including non-commercial use cases, technical requirements, technologies, prioritized interfaces (non-proprietary), protocols and deployment scenarios,” which will then be followed by an “action plan.”

But key to this joint effort is the lobbying of national governments and the European Union for assistance in the development of a European Open RAN ecosystem: For the most part, current Open RAN technology developments have come from the US and Asia (India, Japan, Taiwan).

The G4 make it clear in their joint press release that, in their view, Europe needs to do much more collectively to be a major player in what looks set to be a critical communications sector and that this requires the active engagement of government bodies. It should be noted, of course, that Europe is home to two of the largest RAN vendors in the world – Ericsson and Nokia – and both are expected to play a role in the Open RAN market (with the Finnish vendor arguably more engaged to date), but one of the key points of Open RAN is to broaden the technology ecosystem and reduce the operators’ reliance on just a handful of suppliers, especially now that deploying technology from Huawei is becoming increasingly problematic or even banned in some countries.

So what do the operators have to say to the European authorities?

Claudia Nemat, Chief Technology Officer of Deutsche Telekom: “Through our open labs and community activities, we facilitate smaller players to enter the market with their solutions. To build on this foundational work, we urge government support and funding for community activities that will strengthen the European ecosystem and leadership in 5G.”

Michaël Trabbia, Chief Technology & Information Officer (CTIO) at Orange: “Open RAN is the next major evolution of 5G RAN. Orange believes it is a strong opportunity for existing and emerging European actors to develop O-RAN based products and services, starting with indoor and rural areas. This evolution should be supported by a large European ecosystem (academics and research, software and hardware developers, integrators, public funding for R&D) as it is a unique occasion to reinforce the European competitiveness and leadership in the global market.”

Enrique Blanco, Chief Technology & Information Officer (CTIO) at Telefónica: “This is an extraordinary opportunity for the European industry not only to promote the development of 5G but also to participate in its sustainable technological development.”

Vodafone Group Chief Technology Officer Johan Wibergh: “Open RAN has the power to stimulate European tech innovation using the expertise of the companies that develop it and the governments who support it. Opening up the market to new suppliers, with our ambition and government advocacy, will mean faster 5G deployment, cost-saving network efficiencies and world-class services. We remain committed to rolling out our Open RAN program across Europe, and we’re taking it even further. We aim to open R&D labs for new, smaller suppliers to develop their products. But to do this we need a supportive investment environment and political backing, and we urge European governments to join us in creating the Open RAN ecosystem.”

Jointly, the ORAN G4 states: “The four operators believe that the European Commission and the national governments have an important role to play to foster and develop the Open RAN ecosystem by funding early deployments, research and development, open test lab facilities and incentivizing supply chain diversity by lowering barriers to entry for small suppliers and startups who can avail of these labs to validate open and interoperable solutions.”

In the MoU document, the ORAN G4 get more specific, committing to:

And they are open to further support, inviting others that have “network operation at least in one European country” to join the cause. (The full MoU document is available here.)

That support will be needed, as Open RAN in general, and a regional Open RAN ecosystem in particular, will only succeed if there is sufficient scale: Currently there are many operators looking at Open RAN’s potential and engaging in tests and trials, but few have made concrete commitments to commercial deployments.

One operator that has outlined commercial deployments is Vodafone, which has committed to an Open RAN rollout in the UK (though over the next six years in that particular instance) and, to an initial lesser extent, in the Republic of Ireland. (See Vodafone commits to Open RAN rollout in UK, plans R&D labs across Europe and Vodafone preps Open RAN rollout in Ireland with Parallel Wireless, Comba.)

“Vodafone has led the way in Open RAN with our commitment to deploy more than 2,500 sites in the UK, a number which will only grow as the technology matures,” notes Vodafone UK CTO Scott Petty in a statement emailed to TelecomTV. “However, if this ecosystem is to succeed we need the whole industry to follow our lead. This memorandum of understanding with some of the industry’s leading telecoms operators is a vital step towards achieving the support and scale needed for Open RAN to be a genuine alternative to traditional radio access networks.”

At the same time, Vodafone has already been nudging the UK government to proactively encourage an Open RAN ecosystem – see this statement from Scott Petty. And it’s fair to say the UK government has been showing support for Open RAN developments, though so far that has been mainly linked to the development of trade relations with Japan and has helped to give NEC a foothold in the UK mobile network technology sector: That’s a good thing, of course, but the ORAN G4 is keen on support for a home-grown European Open RAN ecosystem.

Telefónica, meanwhile, has previously stated that Open RAN technology will play a major role in its mobile network rollouts in the coming years, with CTO Blanco having stated previously that large-scale procurements and deployments are planned for 2022 onwards, and just this week Telefónica Deutschland committed to start deploying Open RAN technology at 1,000 sites in Germany this year.

Orange has been a bit more tentative to date in terms of a commitment to deployments: It has been using its African operations as proving grounds, but is now saying that all new radio access network deployments in Europe from 2025 will use Open RAN technology.

What more can the operators be doing?

So the ORAN G4 is seeking support for its efforts, both from other operators and from governments and regulatory bodies, but could they be doing more themselves?

Investments in, and financial support for, technology startups is clearly part of the plan to further diversify the supply chain and foster local players, and there’s little doubt the operators would like government bodies to help with this in some way.

But these major operators all have investment vehicles – Orange Ventures, Deutsche Telekom Capital Partners (DTCP), Telefónica Ventures and Vodafone Ventures. Will these units also be supporting the startup ecosystem? Surely such directives and activity would set an example, but the portfolios of these investment arms do not appear to include any backing of European RAN-focused companies.

There’s also plenty that could be done by the ORAN G4, and all other operators, to make initial supplier engagement and procurement processes less problematic: Current RFI/RFQ processes are long, complex and require significant time, energy and resource investment from participants that startups can often ill afford. The operators want things to happen quickly and for a broader European ecosystem to develop, but their own processes do nothing to encourage startups to target telecoms as a market ripe for R&D focus, so there’s plenty that cold eb done there too.

But the MoU is a start: Now we will see how the market, including other operators, and governments react.

It will still be a few years before Open RAN technologies and architectures reach a level of maturity that would make them a viable option for large scale commercial deployments, and the ORAN G4 and others know that, but when the contracts for those large scale deployments are finally handed out, it’s clear that the European telco giants would rather be supporting local partners and suppliers when they sign the purchase orders. A few years might seem like a long time, but fostering new ecosystems and persuading national and regional governments to commit to funding doesn’t happen overnight: Concrete signs of activity will need to be evident by the end of 2021 if a European Open RAN ecosystem is to play a regional and global role in the next big wave of new generation communications network deployments.