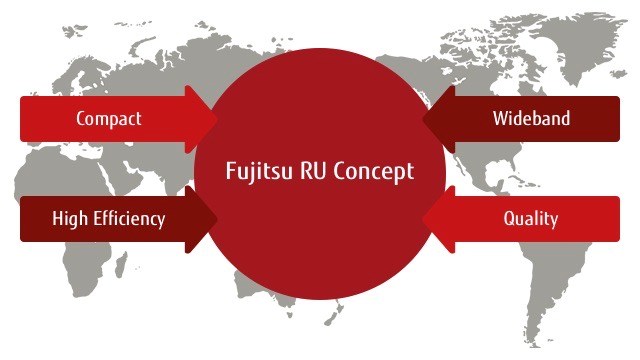 More Open RAN action in Japan, the latest M&A action involving SoftBank and the lates in the Altice Europe buyout plan are at the front of today’s news queue.

Japanese operator KDDI has selected Fujitsu’s Open RAN-ready radio units for deployment in the parts of its 5G network that are built using disaggregated network elements. Fujitsu says the radio units come with an open fronthaul interface, conforming to O-RAN Alliance specification, for communication between the remote radio unit (RRU) and the virtualized base station elements (central unit/distributed unit). KDDI has also been working with Samsung Networks on the development of its next generation mobile broadband network architecture, with the ability to offer network slicing services key to its tests and trials. See this press release for more details. Japan, of course, is a hotbed of Open RAN activity, with grteenfield operator Rakuten Mobile having adopted the architecture for its 5G rollout and NTT DOCOMO having adopted an open, multivendor deployment strategy for its 4G and 5G networks.

SoftBank has invested $700 million to take a 10% stake in Sinch, which operates a cloud-based communications services system that is used by companies via a platform-as-a-service (PaaS) model. The stake comprises stock sold to SoftBank by existing shareholders and a tranche of newly-issued shares from which Sinch will raise 3.3 billion Swedish Krona (US$387 million). Sinch says those proceeds “will support Sinch's active M&A strategy, which has already seen it acquire four companies this year.” Those acquisitions were: SAP Digital Interconnect for €225 million; Wavy in a deal valued at SEk 1.19 billion ($139 million); Chatlayer BV for €6.9 million; and India’s ACL Mobile Ltd. for SEK 655 million ($77 million).

French billionaire Patrick Drahi’s plan to take full control of Altice Europe and take it private in a buyout offer to other stakeholders worth €2.5 billion has met with resistance from Lucerne Capital Management, an Altice Europe investor that claims the buyout move is “unlawful” as well as making other accusations about “egregious corporate governance incidents” and more. Drahi may need to dig deeper if he wants to gain control, as his initial offer was for €4.11 per share but the stock has now shot up to €4.48. See this press release for more details.

The Global mobile Suppliers Association (GSA) has announced the initial Founding Partners and Members of the new GSA 4G-5G Fixed Wireless Access Forum. Twenty three vendors including Casa Systems, Ericsson, Huawei, Nokia, Quectel and Sequans, have been announced as Founding Partners and Members. The GSA is in a good position to see a segment like FWA forming - it says there are already 423 4G FWA networks globally and, of the 120+ operators that have announced 5G launches, 44 have launched residential or business 5G FWA broadband services. GSA has now identified over 1,500 LTE FWA devices, with over 822 added so far this year. The latest 4G and 5G FWA data was published by GSA in its latest report Fixed Wireless Access – Global Status Update and shared with the FWA community in its recent GSA Snapshot Webinar, a recording of which is available on-demand here.  A copy of the full report is available for download from this link.

The EU is developing a new common data platform for logistics within the European FEderated Network of Information eXchange in Logistics (FENIX) project, with Deutsche Telekom's Data Intelligence Hub as its IT foundation. The network “links all logistics partners within the EU and connects supply chains, flows of goods and modes of transport, minimizing bottlenecks in the logistical supply of EU Member States,” notes DT in this press release.

As expected, Ajit Pai, the current Chairman of US regulator the FCC, has announced he will step down as the Trump administration, which appointed him in 2017, hands over the keys to US government to Team Biden on 20 January next year. Pai has been an enthusiastic and vocal head of the FCC, rarely far from the headlines over issues such as spectrum auctions, broadband funding, net neutrality (still the subject of an ongoing battle), M&A (seeing the T-Mobile/Sprint merger through despite vocal opposition from many states) and, of course, the battle to rid the US telecoms market of companies deemed to be a national security threat, a process that ultimately led to fervent support for the Open RAN brigade. Love him or loathe him, Pai will be missed. Read more.

Still in the US… Dish Network, which is building a greenfield Open RAN-enabled 5G network (to add a new competitor to the national market), has struck deals with four fibre transport network operators (Everstream, Segra, Uniti and Zayo) that will provide it with the backhaul and fronthaul capacity it needs to reach 60 million US citizens. For more details, see this announcement.

As the UK government imposes ever stricter conditions on the continued use of Huawei technology by network operators, Three UK, which had been set to roll out its entire 5G network with gear from the Chinese vendor, has announced the launch of 5G services in various UK cities and towns using radio access network gear from Ericsson, which is also providing the technology to update Three UK’s 4G network. See this press release for more details.

It’s a 5G frenzy in France, as the major service providers all jostle for pre-Christmas device sales and service upgrades: SFR launched its first 5G service on 20th November in Nice and now says it is expanding its service to 120 municipalitiesduring December; Orange had already announced its plans to launch services in 15 major markets on 3 December; and now Bouygues Telecom has announced the availability of its 5G services in 20 “major French towns and cities.” Iliad, which offers its services under the brand Free, has yet to detail its 5G service launch.

BCE (Bell Canada) is patting itself on the back following a report from Canada’s CCTS (Commission for Complaints for Telecom-television Services) noting that “complaints received from Bell customers declined more than 35% and the company's overall share of complaints was down 6 basis points to 24%, again the largest decline among national providers. Bell has delivered the highest reduction in CCTS complaints among major communications carriers for each of the last 5 years.” For more details, see this press release.