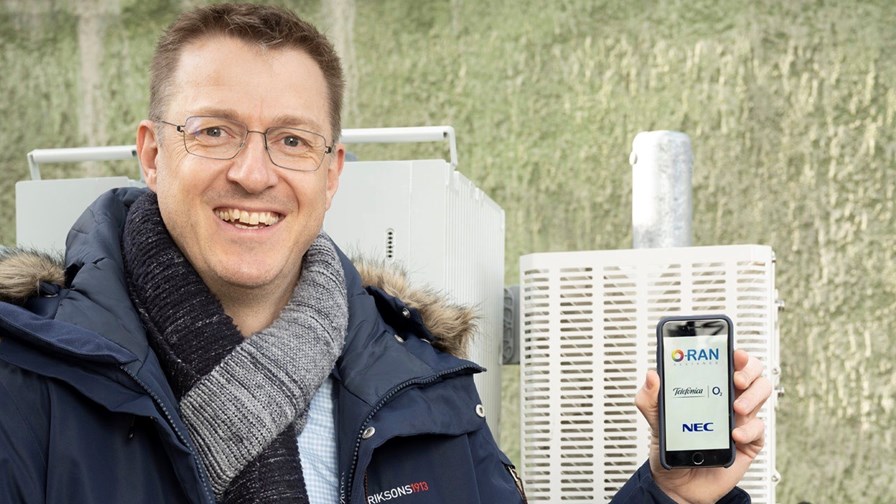 Telefónica Germany is starting its Open RAN rollout with a pilot multi-vendor system optimized and customized to fit in with its existing network, with Japanese giant NEC playing the key role of systems integrator. And having already completed a call on the system, the operator is claiming to be the first in Germany with “Open RAN in live operation.”

The operator is converting three sites in the Bavarian city of Landsberg am Lech initially for its services pilot, with one site already up and running, and then “from fall 2021… plans to roll out the new technology on a larger scale in the O2 network,” it noted in a statement about its aspirations.

"Our goal is to offer our customers the most technologically advanced and best network. With Open RAN, we are focusing on the future and are technological frontrunners in Germany. In addition, Open RAN offers us maximum flexibility in deployment and also in the subsequent replacement of system-critical components. On the basis of such technological approaches, we can secure and further accelerate digitization in Germany," stated the operator’s CEO Markus Haas.

"We were the first network operator to take the innovative future technology Open RAN out of the lab and into the live mobile network,” stated Telefónica Germany CTIO Mallik Rao. “The use of Open RAN is a central factor in the virtualization of our O2 network, which we launched with the new 5G core network. The two play perfectly together and we will be able to integrate new services and services into the network much faster… After all, what used to take up to several weeks due to hardware replacement will be possible in a matter of days or even hours with Open RAN and a cloud-based core network,” he added, referencing the 5G core system from Ericsson that Telefónica Germany is deploying on AWS.

The operator will work step-by-step to see how best to set up and run Open RAN sites: It plans to learn from the experience of having one site up and running, use its experience to optimize its following sites and integrate “more and more customers into the pilot project step by step. The way in which customers use the network will in turn enable Telefónica engineers to draw conclusions about further optimization possibilities for the Open RAN technology.”

The operator believes it can achieve cost savings of up to 30% using Open RAN compared with traditional cellular network systems and architectures.

NEC is designing and delivering the multi-vendor Open RAN system to the operator’s specifications and incorporating technology from a number of partners, including ADVA, Altiostar, Dell, GigaTera Communications, Intel, Red Hat, Supermicro and Xilinx.

"The key to success in implementing a first Open RAN pilot lies in the knowledge of an experienced system integrator," noted Telefónica Germany CTIO Rao. "NEC and its subsidiary Netcracker have proven their expertise through multiple project engagements within the Telefónica Group. We believe NEC is a reliable partner that is capable of bringing together an innovative network that can dramatically improve customer experience and enable faster time to market in the future," he noted in a prepared statement for an NEC press release.

The relationship with NEC makes sense, as earlier this year the group CTIO of Telefónica, Enrique Blanco, announced an Open RAN cooperation agreement with Japanese operator Rakuten Mobile whereby the two operators would jointly develop Open RAN models, procurement schemes and collaborate on associated 5G core and OSS developments. As NEC is a key partner for Rakuten Mobile’s virtualized and open radio access network rollouts, it stands to reason it would be at the front of the queue to prove itself within the Telefónica group. (See Rakuten, Telefónica join forces on Open RAN developments.)

NEC has been ramping up its Open RAN activities in recent weeks, announcing a lab in India and a Centre of Excellence in the UK.