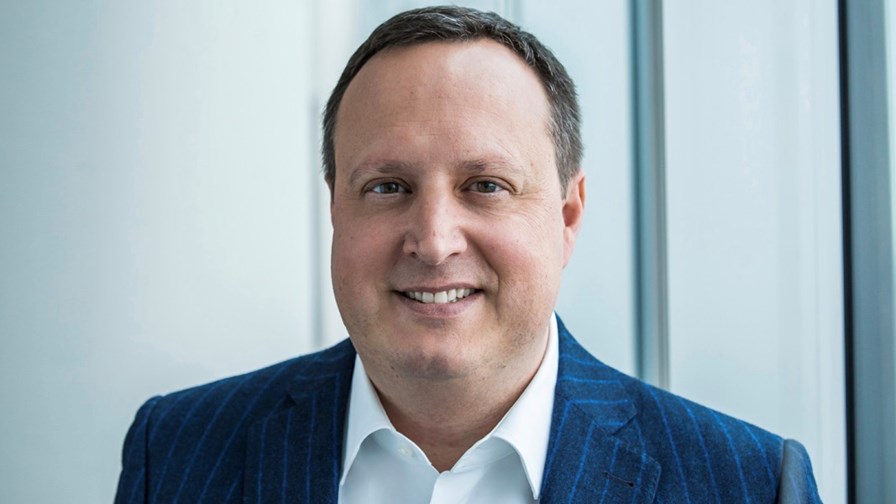 Telefónica Deutschland (O2 Germany) is to deploy its cloud native 5G core, which is being supplied by Ericsson, on the Amazon Web Services (AWS) public cloud, the operator has announced. "With the virtualization of our 5G core network, we are laying the foundation for the digital transformation of the German economy. This collaboration with AWS is an important part of our strategy for building industrial 5G networks," stated the operator’s CEO Markus Haas (pictured above). “We are shifting essential functionalities of our 5G core network to the cloud. This turns hardware-centric technology into an extensive software solution. Based on Ericsson's modern cloud-native software architecture as a link to the AWS cloud solution, we can easily, quickly and flexibly integrate new 5G industry applications into our network and offer them to our customers with our 5G cloud," added CTO Mallik Rao, who talked to TelecomTV earlier this year about the operator’s plans to use public cloud platforms for networking applications. (See Telefónica Deutschland’s CTO leans towards the public cloud.)

Cumulative Open RAN investments (hardware, software and firmware excluding services) to total more than $5 billion during the next five years, according to estimates from research firm Dell’Oro. “We have adjusted the outlook upward to reflect a confluence of factors including promising results from initial commercial deployments, growing support from the incumbent RAN suppliers, and increased geopolitical uncertainty acting as a catalyst for operators to rethink their supplier strategies,” noted Dell’Oro VP and analyst Stefan Pongratz in this announcement.

Chip giant Marvell is the latest company to join the Open RAN Policy Coalition. "The combination of technological innovation, open standards and forward-looking policy coordination are essential ingredients in creating the diverse, competitive market envisioned by the Open RAN Policy Coalition," said Raj Singh, executive VP and general manager of the Processors Business Unit at Marvell in this announcement. "Even today, our RAN product offerings have been influenced by our experiences in operator trials, consortiums such as the O-RAN Alliance and other standards-focused activities. We look forward to bringing these perspectives into the Coalition and further propelling innovation in 5G."

More than a year after the deal was first announced and following government clearance, Reliance Jio’s 135,000 towers have been sold for $3.4 billion to a financial consortium including British Columbia Investment Management and Brookfield Infrastructure Partners. Jio will be the anchor tenant for the new owners.

The planned purchase of Swiss operator Sunrise by Liberty Global may have hit a speed bump, as the team at Salt Mobile, a rival in Switzerland to Sunrise, plans to take Liberty’s chairman John Malone and CEO Mike Fries to court, reports Reuters. Salt alleges Liberty’s agreement to buy Sunrise violates the terms of an agreement that Liberty had previously struck with Salt, which is owned by French telecoms entrepreneur Xavier Niel.

The Swedish vendor is also the 5G technology supplier to Canadian operator Rogers, which has just announced the expansion of its 5G services into 18 additional cities and towns.

Technology giant Lenovo has set itself new greenhouse gas emission reduction targets for 2020 after it reduced its scope 1 & 2 GHG (Greenhouse Gas) emissions by 92% in its most recent fiscal year, smashing its 40% reduction goal target set in 2010.

There has been a reprieve of sorts for Indian operators Bharti Airtel and Vodafone Idea after a Supreme Court ruling gave them 10 years to pay off billions in accumulated fees, reports Bloomberg.