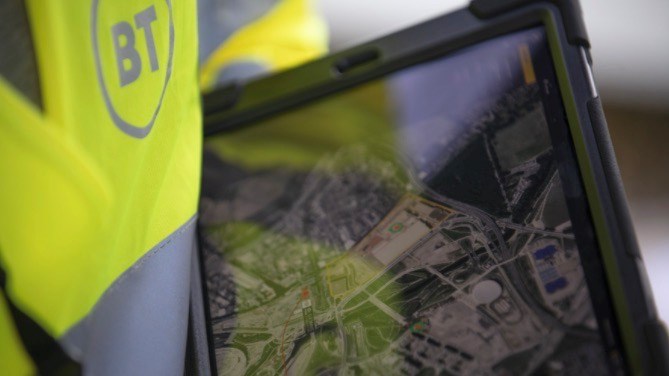 BT has cemented its support for the Open RAN R&D community with news of a network trial in the UK that aims to identify the real-world potential of one of the hottest elements in the disaggregated mobile network architecture ecosystem – the RAN Intelligent Controller (RIC).

But as if to temper expectations about the opening of vendor relationship floodgates at BT, the UK national operator has revealed its RIC partner for the upcoming trial in the city of Hull is one of its main incumbent suppliers, Nokia.

Nokia, it should be noted, has long had at least part of one foot in the Open RAN camp and touted its potential, despite being one of the main companies (along with Ericsson and Huawei) that stands to have its business eroded if Open RAN-based network deployments become broadly popular among operators. It decided some years back that it was worth hedging its bets rather than fighting against a potential tide.

And for anyone that has borne witness to BT statements about Open RAN in the past, the announcement of a RIC trial with Nokia will not come as a shock. The operator’s Chief Architect, Neil McRae, has stated repeatedly that he wants to work with as few suppliers as possible to keep operations and relationships as efficient as possible, and also that he is skeptical about Open RAN’s cost-saving potential. (See BT’s Chief Architect skeptical about Open RAN’s cost-saving potential.)

But, importantly, he has also said that Open RAN would play a role in BT’s networks and that he sees potential in particular applications, notably in small cell and neutral host deployments. This current trial, though, appears to be all about testing the capabilities of the RIC across a small number of sites in the existing macro 4G/5G network of EE, BT’s mobile operator business. The sites in Hull are being used because the sites have previously been used for technology trials, so trial processes are understood by the local team, and the RAN has the most up-to-date technology.

What's it all about?

So what is BT actually doing here? We asked some questions and got answers in an emailed response from Chris Simcoe, BT’s Director of Network Applications Architecture.

The trial, which generally aims to find ways in which service quality and customer experience can be improved, is yet to start – it should be up and running by the end of February. The key component being put through its paces “in the initial phases” is Nokia’s Near-Real Time RIC, which will be used to help monitor and manage a cluster of eight existing Nokia 4G/5G radio access network sites that have been “refreshed” as part of BT/EE’s 5G roll-out so they have the appropriate interfaces to be able to communicate with the RIC. “Interfacing is based on early E2 implementation [the interface that enables data to be collected by the RIC] that will evolve through the trial phases as the standards evolve,” notes Simcoe.

The initial applications being run on the RIC are Nokia apps “focused on traffic steering and anomaly detection,” though BT’s own Applied Research team is developing xApps that could be run on the RIC in the future.

And why is BT running the trial? What will it gain or hope to establish from the process? “There is only so much that can be done in a lab environment when you are focused on optimising the customer experience based on real customer use and behaviour,” notes Simcoe. “This trial will get the platform established within the live network with initial applications that provide a stable environment from which we can then innovate on top of to develop more advanced capability to further benefit our customers,” adds the BT man.

So it’s a very focused trial, but that makes sense in what is still a very nascent market and when the operator involved is in no great rush to get Open RAN capabilities into its commercial network.

To put this current trial into perspective, let’s remind ourselves of what Neil McRae said during a media briefing in November last year.

“Open RAN is in its early stages... and having seen the pace it has moved during the past two years, it's insane how quickly things are developing. But it's still got some big hurdles to overcome [related to performance and capability]... Could we build the network we have today in the UK, not just our network but other networks, purely with Open RAN. Right now, the answer to that is that we absolutely couldn’t. Could that be the future? Absolutely it could, and that's where we're engaged... Open RAN will absolutely play a significant [role and be] part of our network. We're running to RFIs [requests for information] right now, one focused around small cells and one focused around neutral host, and we believe that, today, Open RAN is very well placed for those two applications... We’re starting to look at how we augment our macro layer with small cells.”

Nokia isn’t the only company BT is working with on its exploration of Open RAN’s potential – McRae also namechecked Mavenir and Accelleran as companies with which BT has already been testing Open RAN elements, while Simcoe also noted that Viavi and ADVA are part of current lab tests, while BT is also involved in a number of FRANC (Future RAN Competition) projects with a broader set of companies. (See UK funds 15 Open RAN R&D projects, boosts SONIC Labs funding.)

And that testing program looks like it’s being ramped up a notch, as BT has also announced that it is opening a “dedicated” Open RAN Innovation Centre at its Adastral Park labs later this year. “This will provide opportunities for large and small vendors to develop and prove their equipment and provide a platform for open architecture progress across all network elements,” notes the operator in its official announcement.

Simcoe provided a bit more insight into the aspirations for the facility. “We will be establishing our dedicated facility initially based on solutions that we select for our current initiatives focused on small cells. We will then be bringing on board additional suppliers and elements of the ecosystem into the lab to expand on the functionality and form factors in, for example, radio and compute environments. It will be used to address many of the challenges and opportunities that we see in making Open RAN technology scale across the wider network and set of services that we have.”

And BT’s overall hopes for Open RAN? Simcoe says BT is “focused on how we can use it to optimise the experience of our customers. Innovations that will come from the RIC as well as the different form factors of radio units and deployment models that will come from the use of open and disaggregated implementations will allow us to address coverage and capacity in different ways going forward to maintain our network leadership.”

Overall, there isn’t too much that can be read into this trial, and this looks quite like a case of BT making an announcement to appease those (especially in the pro-Open RAN UK government) who think BT maybe isn’t being as supportive as it could be: It's maybe no cpincidence that this announcement comes only a week or so after Vodafone UK boasted it has deployed some Open RAN technology in its commercial network. (See Vodafone fires up its first commercial Open RAN site.)

Essentially, what wr have here is an operator is checking out a potential new network element that could provide it with some operational advantages, which is something telcos are doing constantly. And it’s a sign, in part, of how immature Open RAN still is (and I use that phrase in an objective and not a pejorative sense) that the RIC – the element offering up probably the greatest opportunity for mobile network innovation and application diversity – being tested by BT has been developed by one of the main traditional network vendors and put through its paces in what is, essentially, a single vendor environment.

One of the key stated advantages of Open RAN, of course, is that it provides a greater opportunity for operators to diversify their supply chains and mix and match technologies from best-of-breed vendors – how ironic it would be if many Open RAN deployments were single vendor (or comprising tech from a very small and already established vendors) in nature.

But that is quite a real possibility and, indeed, one of the earliest industry reports on Open RAN and how it may play out in terms of impact on the market and vendor diversification suggested that, in time, most Open RAN relationships would be between network operators and the traditional incumbent vendors (ie Ericsson and Nokia). That outlook, which came from the team at Appledore Research, still seems like a pretty good bet... better the devil you know, right? (See Telcos to ramp Open RAN investments with traditional major vendors, predicts Appledore Research.)