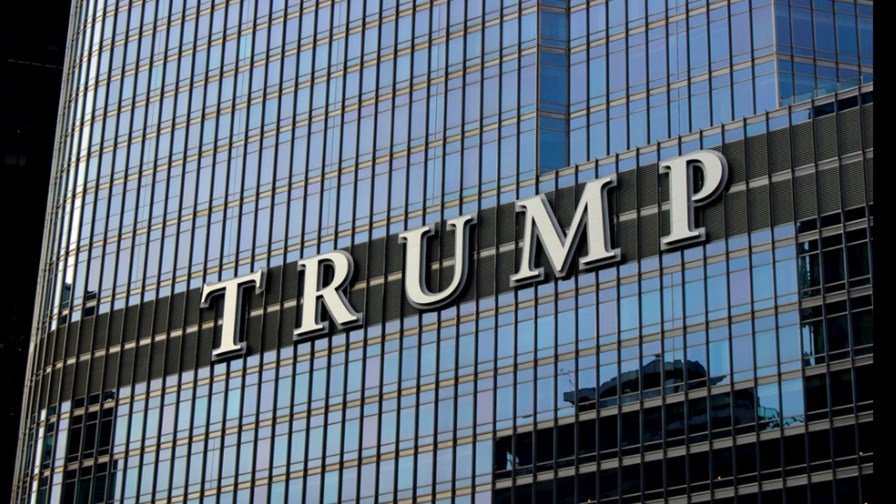 Oh dear, AT&T has a ‘Which Trump?’ problem. What to do? Does it throw itself into a legal and political battle with Mr Nasty Trump (from the AT&T point of view)  to try to secure its TW/ATT tie-up, which Trump has promised to scupper.

Or does it choose instead to cuddle up to the Mr Nice Trump (very much from the AT&T point of view) who, to the extent that he’s thought much about it, appears to have nailed his colours to the Republican party’s line(s) on net neutrality, tweeting (ironically as Twitter was fostered on an open Internet) "Obama’s attack on the internet is another top down power grab," (at least no felines were involved in that grab). AT&T, along with Verizon and all the big ISPs in the US are trying to get the net neutrality rules overturned. So will Trump answer the big ISPs' prayers and stack the FCC to get the rules changed once the current Chairman, Tom Wheeler, departs (as he must)? It's hard to say.

The only other neutrality related tweet of note appears to have been “Net neutrality is the Fairness Doctrine. Will target conservative media." The second is a head-scratcher -  the Fairness Doctrine required licensed broadcasters to present controversial issues in an “honest, equitable, and balanced way”. It’s hard to see any parallel with Net neutrality which if anything lets all issues  - dishonest, inequitable and unbalanced - through the gate. As such you’d think he’d be all for it.

So we can see (sort of) that Trump is against Net Neutrality and he’s against, at least this month, media concentration no doubt because the liberal US media have been concentrating on his foibles. When you get to be POTUS, however, the world can suddenly start to look different.

As most US commentators have pointed out in the wake of the election, it’s very difficult to see what policy decisions Trump will actually take since he tends to contradict himself (sometimes in the same interview). That’s just on the ‘big’ issues - it’s pretty-much impossible to work out how the small(ish) issues such as net neutrality will shake out since he seems to have given them hardly any thought at all.

We’ll have to expect that, as a rough and tumble New York businessman, he views all his contradictory tweets as opening bargaining positions, to be traded off, where he can, as part of a deal. He certainly has no difficulty with a 180 degree change of public position as yesterday’s rather sick-making endorsement of Hillary Clinton showed (only hours after he was calling for her to be locked up).

Sure, he often doesn’t actually mean what he says, but that’s rather the point  -  everything will be up for negotiation.

What’s going to happen to net neutrality?  God only knows.