US regulator rewrites the Judgement of Solomon. This time the baby does get chopped in half 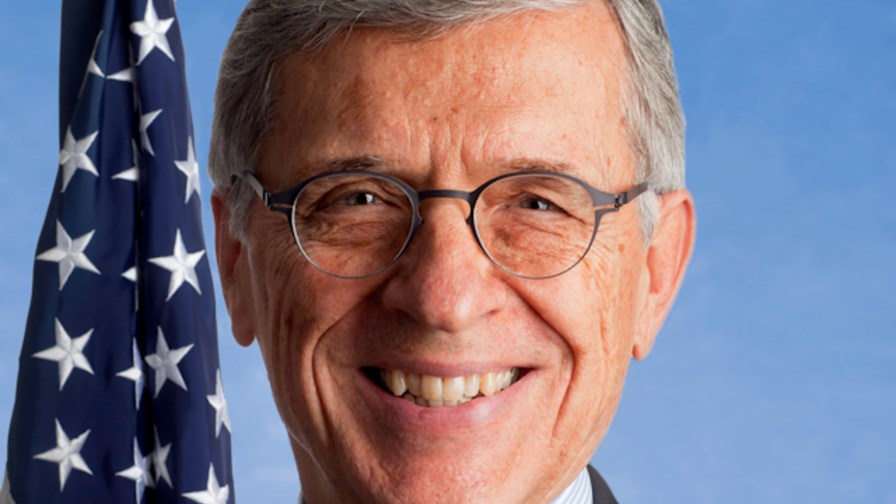 Caught between the proverbial rock and hard place and lobbied and briefed-against by powerful and implacable vested interests but, nonetheless, determined to re-group and re-impose at least some of its authority over the controversial issue of net neutrality in the US, the Federal Communications Commission (FCC) is floating the notion of a hybrid solution to the problem. It is one that would impose a regulatory divide between "wholesale" and "retail" traffic and transactions and, as such, is a sort of back-to-front re-run of the Judgement Of Solomon where, in this case, the Internet ecosystem is sliced down the middle.

In the Old Testament Book of Kings, two women call on Solomon to determine which of them should be given custody over a baby. Both claim to be mother to the infant. Solomon asks for a sword to be brought so that he can cut the child in two and give the halves to the women. One immediately says the other can have the child while the second women maintains her claim - even in face of the fact that the baby will be dismembered.  Solomon's judgement is that the woman who repudiated her claim to ensure that the child lives is the rightful birth mother and she is awarded custody. The other woman is thrown out into the  street.

Millennia later, and in somewhat different circumstances, the FCC is coming round to the belief that a so-called "split child" solution - one that would divide the Internet ecosystem in twain - may be the only way forward. Were this to happen, the FCC would impose (and police) stringent, new, utility-like regulations on the wholesale sector whilst maintaing the lightest regulatory touch (so light, in fact, to be imperceptible in practice) on the retail sector.

Rumour has it that is the idea is the brainchild of the FCC's Chairman, Tom Wheeler, and that he is trying to convince the Commissioners of the merits of his argument before flying the conceptual kite over Capitol Hill in the New Year. Apparently the "split-child' approach is regarded as being the most viable of a total of four possible scenarios that are to be discussed as solutions to the vexed question of an agreed legal framework for net neutrality. The argument goes like this; the hybrid approach would, as far as 'wholesale' traffic is concerned, result in ISPs being regarded  as "common carriers" of wholesale content and therefore subject to strict and overt regulation.

Divining the future by harking back to 1934

The legal nicety necessary to ensure such a designation would require the application of Title II of the venerable, not to say sclerotic, eighty year-old US Communications Act of 1934 to the relationship between ISPs and content providers.

Mr. Wheeler's proposal is that once the "common carrier" criterion has been applied under the terms of the 1934 Act, consumer-orientated Internet services would henceforth be subject to the provisions of Section 706 of the US Telecommunications Act of 1996, which gives the FCC powers to ensure that broadband capabilities are available to all citizens “in a reasonable and timely fashion.”

This stratagem, it is argued, would prevent an ISP from giving content from one content provider precedence over content from another content provider. It means that 'fast lanes' allowing some content to accelerate past and overtake other content because of 'paid prioritisation' would not be permitted unless the common carrier (in this case an ISP) can prove in court that its actions are 'just and reasonable'. Taken together, those approaches would allow the to prevent ISPs from blocking legal Internet content and to limit discrimination while providing for prioritised delivery of specially designated traffic.

Well, it's an idea, but it is not going down all that well in some quarters. For example, Craig Aaron, the president of the consumer rights group "Free Press" says the FCC should show it still has teeth by demanding that all ISPs be classified as "common carriers under Title II of the 1934 Act."

He says, "The hybrid approach will result in the creation of a Frankenstein's monster. The FCC has already tried twice before to invent new classifications on the fly instead of on clear rules grounded in the law and twice their efforts have been rejected. This flimsy fabrication will be no different. And this approach will only serve to squander the political support of millions and millions of Americans who have weighed in at the agency asking for strong rules that will stand up in court.”

However, Gene Kimmelman, president of the consumer organisation "Public Knowledge", believes that Wheeler's proposal has merit as it stands. He says, "Although there are many details still to be worked out we are confident that the proposal they’re [the FCC is] considering could use Title II and other regulatory tools in a manner that effectively addresses the most important issues in the debate." But he adds the caveat, "It is critical that the [FCC] chairman explains how it will protect the core tenets of an open Internet that consumers expect and businesses require. This includes, but is not limited to, explaining what sort of prioritisation might be allowed — and if allowed, why that level of prioritisation would not be not harmful."Meanwhile, many Internet Service Providers are vehemently opposed to the "hybrid solution"  but most are keeping their powder dry - for now. For example, publicly AT&T has done no more than send a Twitter message reading "Any use of Title II would be problematic.”

Now there's a massive understatement. When the ISPs do decide to fight, it'll be a bloody war of attrition and how the FCC reacts will determine not only how much of a say it may have in settling the net neutrality debate but also whether it is of any long-term relevance in an environment that has changed out of all recognition since 1934.

1934. That was the year Alcatraz opened as a federal prison, Bonnie and Clyde went on their murder and robbery rampage, the world's first laundromat opened and the first photograph of the Loch Ness Monster was published in the British press. Things have moved on a bit since then, although Nessie still seems to be going strong. I wonder if the FCC will be so hale, hearty and so frequently referred to in 2094?