Trust me. I'm your ISP. I know what websites are best for you 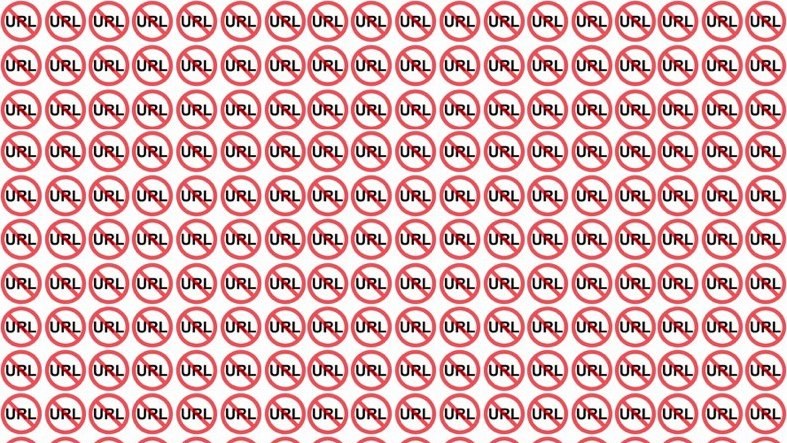 As the hoo-hah around the FCC's plans to 'roll-back' and dismantle the net neutrality regulations instituted during the Obama administration continues to reverberate, reading of the small print of the proposal, the brainchild of the Republican chairman of the Federal Communications Commission, Ajit Pai, who is an implacable foe of the concept of net neutrality, reveals truly astonishing plans to give individual ISPs (Internet Service Providers) the powers actually to determine what websites and online services their subscribers will be allowed to see.

This is de facto censorship, pure and simple, and will put into the hands of huge companies such as AT&T, Comcast and Verizon the ability and right to follow their own prejudices and vested interests by determining what content subscribers will be able to see - unless they pay through the nose for premium, high-speed access.

In the very near future ISPs may well be able, legally, to block sites that displease them, seem to be commercial threats or are politically inimical to the their views of the world. If the proposal goes through Big Brother will loom threateningly over the freedom of access to information in much the same way as pertains in those nations, such as Saudi Arabia, Iran and North Korea, that are such beacons of liberality and regard for human rights.

Under current regulations, passed by the Board of Commissionars of the FCC in 2015 when it had a Democrat majority, the groundwork was laid to ensure that all web content, whether from big or small providers would be treated without partiality and completely equally by ISPs. The ISPs hated it because they want to charge extra for prioritising content. In a statement Mr. Pai said, "Under my proposal, the federal government will stop micromanaging the Internet." ISPs, cable and mobile operators can scarcely conceal their delight at such an early Christmas present.

Verizon Communications was one of the first out of the trap to trumpet its glee at the imposition of  “light-touch regulatory framework for Internet services.” Elsewhere though condemnation has been widespread and heartfelt, and not just from pressure groups, lobbyists and Internet subscribers. Many ISPs that are not such monstrous juggernauts as AT&T and Verizon and similar mastodons, are also aghast at what is being proposed.

The Free Press Action Fund and other net neutrality groups say they will organise demonstrations outside Verizon shops and opined that Ajit Pai is following the dictates of his master's voice, by doing Verizon's anti net neutrality work on its behalf. The Fund makes pointed reference to the fact that the Paiman used to be an associate general counsel at Verizon.

Google takes the consumer's side. Well, it would, wouldn't it?

Pai's predecessor as chairman of the FCC Board of Commissioners, Tom Wheeler, the man who wrote the 2015 net neutrality regulations, says the new proposals are "tragic". He adds, “The job of the FCC is to represent the consumer. Tragically, this decision is only for the benefit of the largely monopoly services that deliver the Internet to the consumer.” Meanwhile, Google, the original Cookie Monster, took up cudgels on behalf of the subscriber.

Well it would wouldn't it? ​It's doing very nicely, thank you, having its content flowing fast and free across the Internet via AT&T and Verizon's networks. In a statement the company wrote, “The FCC’s net neutrality rules are working well for consumers, and we’re disappointed in the proposal released today”. It should be pointed out that it also working very well for Google.

As some sort of a distraction and sop to public opinion, Ajit Pai is also proposing that ISPs be "more transparent" in future and should notify their subscribers when websites are blocked or content transmission is throttled. He suggests that ISPs might inform subscribers of such policies and publicise changes to them on what he describes as "an easily accessible website". Transgressors might eventually be subject to financial penalties imposed by the FCC if they do not comply but the Chairman gives no indication as to what the level of such fines might be. One thing we can be sure of though is that they will be about as worrying as a gnat bite is to an elephant.

The only slight upside to the proposals is that some of the responsibility for ensuring that ISPs are properly transparent and truthful will become the remit of the Federal Trade Commission (FTC), which has the power to litigate against companies if they are found to be in violation of promises and policies they have made to the public. Maureen Ohlhausen, the acting chairman of the FCC says, “The FTC stands ready to protect broadband subscribers from anticompetitive, unfair, or deceptive acts and practices just as we protect consumers in the rest of the Internet ecosystem" - which is a damned sight more than the FCC will be.

Under the current regulations ISPs cannot favour some types of Internet traffic over others, which they would dearly love to be able to do as it would be such a massive new revenue stream for them. But as they have been precluded from introducing fast and slow lane Internet access, they have tried various ploys to tempt consumers into signing up for new packages of services that will make the ISPs more money but not necessarily through increasing subscription prices.

For example,  AT&T, offers discounts to subscribers if they will give permission to let it monitor their web browsing habits. Meanwhile, Verizon, has tried to push their customers into using the company's own apps by not including them in monthly data limits. It's all a bit cumbersome and convoluted and the ISPs will be much happier if (when) the new proposals go through and they will be able to throttle away to their heart's content.

There will be ways to get around the new regime. One of the best ways to circumvent them would be for municipalities to designate Internet access as a utility, just like electricity and water, and to deploy broadband for residents and local businesses. Someone will have to do something. Otherwise Internet access in the Land of the Free will depend on how much individuals can pay for first-, second- or third-class service.

The argument over net neutrality in the US seems to be endless.