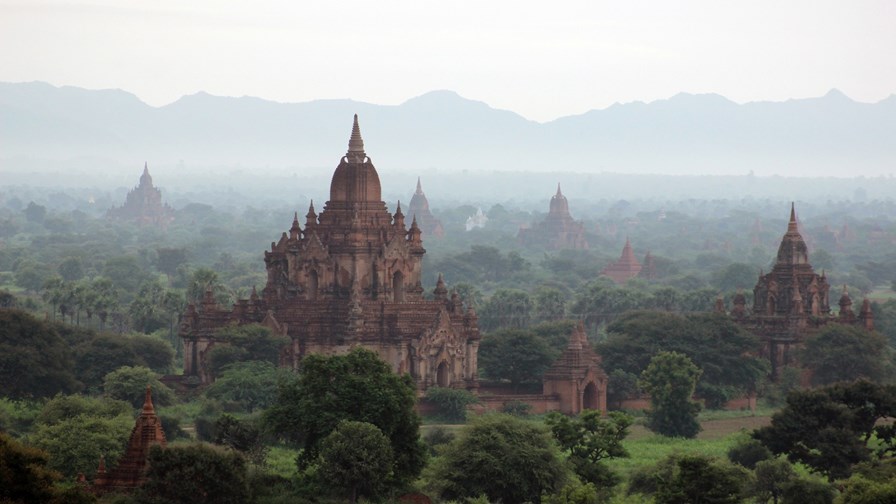 Once heralded as the world's last great untapped telecoms market, where major international telcos clamoured to win an operating licence and the chance to capture a slice of its potential, Myanmar is proving to be something of a financial headache for its foreign mobile operators, who are battling with declining revenues and even customer losses.

Essentially, in a very short space of time, Telenor and Ooredoo have gone from addressing an emerging market environment, in which network build-out and bureaucracy posed serious obstacles but SIMs were flying off the shelves, to facing many of the same challenges they have at home.

To a certain extent, they saw it coming. When I spoke to Ross Cormack, then CEO of Ooredoo Myanmar, ahead of his company's service launch in 2014, he predicted that the country was set to become the most competitive market on the planet. He wasn't far wrong.

The population of Myanmar stands at around the 54 million mark, according to various estimates. In October the Myanmar Times put the number of mobile users in the country at 56.8 million. State-owned MPT led the market with 22 million, followed by Telenor at 19 million, although Telenor's most recent results report shows its base has since declined. Newcomer MyTel – which is run by Vietnam's Viettel and a group of local partners, and formally launched in June – had 3.2 million customers.

Mytel's base continues to grow – in January Reuters reported that MyTel had signed up 5 million customers and quoted Viettel CEO Le Dang Dung as saying it targets reaching 10 million by the end of 2019 – and its rivals are really starting to feel the pinch.

Telenor posted a 22% on-year fall in Myanmar revenues in the fourth quarter of 2018 to 1.25 billion Norwegian kroner (US$149 million) and full-year turnover was down 13% to NOK5.81 billion on the back of customer losses, although it is worth pointing out that it and Ooredoo are also facing forex headwinds.

Ooredoo, which will publish its Q4 numbers next month, has experienced similar issues in Myanmar. Its third-quarter report saw revenue growth year-on-year, but "quarter-on-quarter...revenue declined by 6.6% due to price competition from the fourth player, Mytel," the firm's CFO Ajay Bahri said. The telco's customer base is still on the up, coming in at 9.41 million at the end of September, up from 7.67 million a year earlier, but it faces even greater ARPU pressure than Telenor, reporting a 25% decline in blended ARPU to 10.7 Qatari riyals ($2.94) in Q3.

"[Mytel were] allowed to price themselves significantly below the price floor for 90 days," explained Telenor group CEO Sigve Brekke, speaking on the operator's results call on Wednesday. Now that 90-day period has expired, things are starting to improve for Telenor. Numbers for December and January show "the subscriber loss is flattening out...[and] the ARPU is also more stable," Brekke said.

The government in Myanmar restricts operators from offering hefty discounts in a bid to keep excessive price competition at bay. However, it gave Mytel some temporary leeway as a market newcomer. It's a strategy that clearly worked, from the point of view of attracting customers, at least. According to VietNamNet, the firm signed up over 1 million customers in its first 10 days.

But it's not an approach Telenor plans to emulate.

"We are not going to fuel this market with sales and marketing...costs that are not yielding revenues," Brekke said.

Going forward Telenor will focus on "quality customers" in Myanmar, he said. "[We will] try to avoid rotating customers that are churning after a few months."

Statements like that are more often heard in developed markets, where operators generate higher revenues and returns from postpaid customers and are happy to let low-spend prepaid users churn, than in so-called emerging markets...if that term is really valid anymore.

Although there are as many mobile customers as there are heads of population in Myanmar, it would be a mistake to assume that everyone there has a mobile phone and landgrab phase is over; statistics on the number of active SIMs and the number of mobile customers are unreliable at best. However, the increase in mobile phone ownership over the past few years has been phenomenal and operators do indeed risk being drawn into price wars that could do serious damage to their P&L if they don't think carefully about their customer acquisition strategies.

There is also talk of further competition in Myanmar. Take Amara Communications, for example, which holds a licence in the 2.6 GHz band and offers home router and MiFi devices under the Ananda brand, and recently started selling data-only SIMs. Although it is unable to offer voice and messaging at present, it could establish itself as a serious competitor on the data front.

If this is the state of play less than five years after the launch of accessible mobile services in Myanmar, how long will it be before we are talking about in-market consolidation and questioning whether the country can really support four (or more) mobile network operators?

Commute-cautious Brits want to keep working from home, despite calls to return to the office