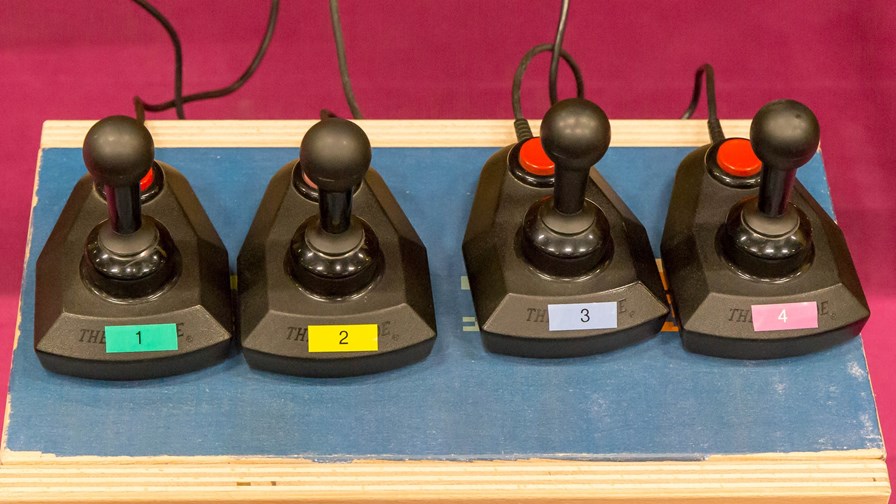 Sunrise has joined the growing ranks of industry players hoping to capitalise on cloud gaming, quietly announcing that its own, mobile-only service, will launch next month.

The Swiss telco has taken the savvy approach of partnering with a white label cloud gaming specialist, Gamestream, which will do the bulk of the heavy lifting.

For instance, Gamestream will take responsibility for curating and hosting the catalogue of titles that will hopefully lure gamers to Sunrise's service. It will also handle the streaming itself, and cross-device compatibility. All of this means Sunrise doesn't have to, saving it a fair chunk of expenditure.

'All' it has to do is brand it and take it to market.

Sunrise is understandably bullish. It cited a study in April from the Zurich University of Applied Sciences (ZHAW) which found that a third of Swiss consumers play video games at least once per week, and 46 percent of those games are played on a smartphone, making it the most popular gaming device.

Its service will launch as an Android app in November. Called Sunrise Game Cloud 5G (not the snappiest of names, but I'm sure they did their market research), it offers streaming at 4K, but will cost CHF9.90 per month. Early adopters who sign up now will get a free game controller by way of thanks.

A price tag of any kind instantly pushes services like this into a particularly small niche of the market: the one that has the means and appetite to pay a monthly subscription for games – on top of all their other subscriptions – and the spare time in which to play them.

It is a tricky segment of the market to contend with, because it demands a high quality of service, and is particularly sensitive to any shoddiness – perceived or real – on the part of games publishers and distribution platforms.

Sunrise Game Cloud 5G will also face competition from Google (Stadia) and Apple (Arcade), which are also asking customers to shell out for game streaming. Google Stadia is priced roughly in line with Sunrise, but there is also a free, entry-level subscription. Stadia also offers a controller and the ability to play games over fixed line on a PC, smart TV and games console, whereas Sunrise is strictly mobile-only. Meanwhile, Apple Arcade is obviously going after Apple, rather than Android, device owners, but nonetheless undercuts Sunrise with its $4.99 monthly subscription.

Netflix, Amazon Prime et al. have proved that a large chunk of consumers are willing ditch the DVDs – and linear TV – and subscribe to watch high-end shows instead. Spotify and Apple Music have proved that a chunk of consumers are willing to pay to access a huge catalogue of music, rather than maintain vast CD collections. People still buy vinyl, but that's mostly so they can feel smug and superior. However, applying the same business model to gaming is largely untested, and the demands placed on the network are greater compared to music and video.

This is why going white label, as Sunrise has done, is perhaps a smarter approach. It allows the telco to get into the cloud gaming market early and, if necessary, get out again without spending too much on the underlying infrastructure.

By comparison, the likes of Apple on Google may have deeper pockets, but they are also placing a much larger bet, and there is no certainty it will pay off.