Stadia must convince smaller developers it isn't another Google+ 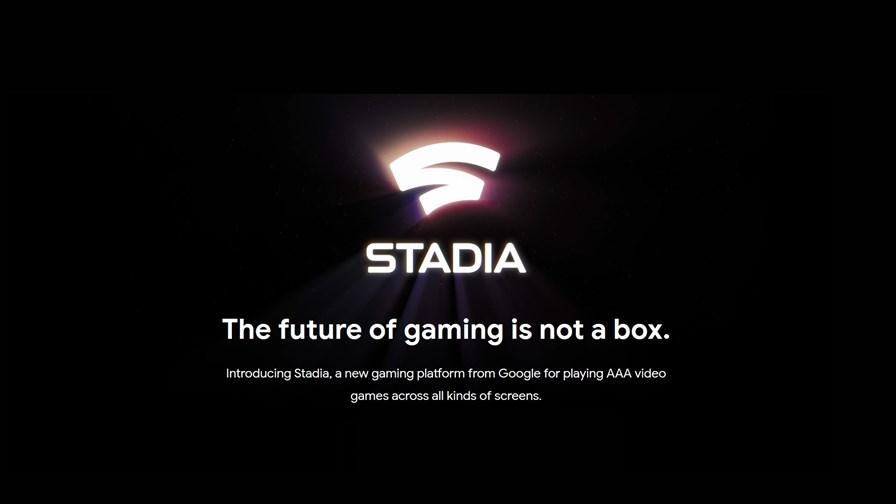 Google has brought the huge weight of its infrastructure to bear on the video game sector with the launch of its cloud gaming service Stadia.

The launch was quite a spectacle, with Google executives demonstrating how players can switch between screens mid-play, and even initiate a session by clicking on links in a YouTube video.

But while Google did a good job of talking up Stadia's compelling features and the lag-lowering capabilities of Google's backbone and data centres, Stadia's success is by no means assured.

Perhaps the biggest hurdle facing the service is winning over game developers both large and small. Google has had some big flops in the past, like Google Glass and its ill-fated social network Google+. Developers, particularly smaller, independent ones, need to know Google is taking gaming seriously.

"From a developer standpoint...I'm not entirely clear just yet on how revenue share or monetisation will work with this platform," noted John Evelyn, director of independent game studio Robot House Games. "They need to be very clear, very quickly about how effective it is going to be at returning the time and money investment on the part of developers.

"That is a huge question because developers, certainly from mid-tier and down – so teams of dozens [of people] down to one-man teams – increasingly need to hit multiple platforms to cover their costs," and have to spread themselves even more thinly in order to do so.

It is by no means certain that bigger studios will jump on the Stadia bandwagon either.

"The big players like Epic and Ubisoft are launching their own [online] store fronts so they don't have to hand off any revenue to anyone else," Evelyn explained to TelecomTV. "So one of the challenges is, how is Google going to make it [Stadia] compelling enough for the big developers who drop the real money-sponges into the market on a yearly basis, and who increasingly have a direct relationship with their customers?"

Cloud gaming is not a new concept. Its appeal comes from customers not needing to own an expensive console or PC, since all the heavy lifting is done in the cloud. However, there have been notable successes and failures.

Perhaps the most high-profile flop was OnLive. Launched in 2010, it was a subscription service where games were hosted and rendered in data centres before being streamed – technically as video – to end users. Games could be delivered to a variety of devices, from PCs and Macs, to smartphones, tablets and TVs.

A 5-Mbps connection was recommended to get the most out of OnLive, but crucially, so was low latency. If latency is too high, games can be rendered unplayable. For that reason, OnLive recommended that prospective customers checked they lived within 1,000 miles of one of its data centres.

Despite the technical challenges, telcos saw the potential. AT&T, BT and Belgacom all invested in OnLive, and brought services to their respective markets.

Unfortunately though, the experience was judged to be less good than owning a local copy of a game, which led to OnLive's downfall. That, and at the time, more consumers were subscribed to capped data plans, and cloud gaming is a very data-intensive service.

Sony has shown that a decent cloud gaming experience is achievable with its PlayStation Now service. Google, with its huge footprint of data centres and fibre backbone clearly thinks the time is now right for it to muscle in.

If Stadia takes off, it could have significant repercussions for telcos. Gamers are the sort of demographic that are quite prepared to churn if it means they will get a faster, more reliable connection to their gaming service.

In terms of traffic profile, a game is a much less tame beast than say, a video. You can cache a video close to a user, and send it down the line as needed. Adaptive bitrate streaming and a fat enough pipe means last-mile network contention shouldn't cause major issues, and you can relax knowing your customer is probably having a perfectly good experience.

A game can be cached locally, but its state alters constantly due to the massive number of inputs from players. A game state needs to be changed, rendered and delivered as quickly as possible at all times for the experience to pass muster. It's also worth bearing in mind that when it comes to gaming, players from Minehead to Moscow often pit their skills against one another on the same server, which lends itself less well to local caching.

I'm sure Google has well-rehearsed answers to all these questions, but the real test will come when the service goes live, and as we know, gamers are not shy about venturing an opinion.