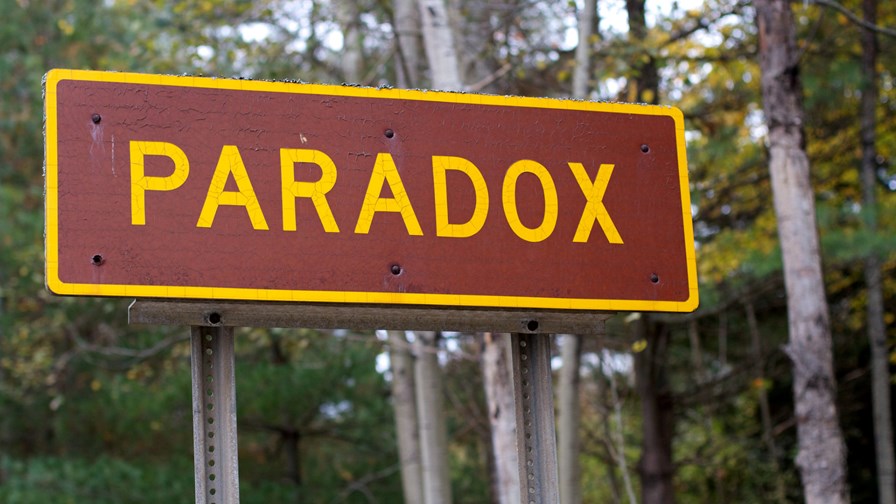 A new white paper from Cisco: "The IoT Trust/Value Paradox" might sound a bit like an chapter heading from an episode from "The Man in the High Castle" TV series but is in fact a closely detailed examination of how to build trust and value in the data exchange between people, things and providers.

It highlights the growing need for businesses to address consumers trust issues with reference to IoT if they are to increase confidence and accelerate IoT adoption. The results of an in-depth survey of 3,000 individuals indicate that while most consumers believe IoT services can or do deliver significant value for them, very few understand - and certainly do not trust - how their IoT data is being managed and used.

So here's the paradox: despite their lack of trust in IoT data security, consumers on the whole say that they are unwilling to disconnect from IoT services - even temporarily. Cisco says the findings indicate that we are now approaching the point of no return at which consumers irrevocably commit to IoT being an integral part of their lives, despite the fact that they don't trust the organisations and enterprises to manage their data properly and keep it secure.

Nonetheless, it seems that IoT is becoming so deeply integrated into the of daily experience of consumers that they are actually willing to put up with uncertainty, risk and worry rather than to disconnect from their various devices and systems.

Cisco recommends that to gain consumer trust, businesses should establish a clear and concise data policy and share it with all users. They should also take "granular control" of the data they hold and create accountability via the IoT value chain.

Looking at the subject of "awareness", the research shows that more than twice as many consumers recognise personal IoT devices than they do public ones. When respondents were provided with a broad list of devices and asked to identify which were part of the Internet of Things, 63 per cent on average correctly identified personal IoT devices such as wearables, home security systems, etc. while a mere 27 per cent were aware of public IoT implementations such as street lighting, energy meters and traffic systems.

Meanwhile, the perception of the "value" that IoT brings to consumers’ lives is quite high. Some 53 per cent of respondents feel that IoT makes their lives more convenient and 47 per cent say IoT makes them more efficient. Thirty four per cent believe that IoT increases their safety.

As far as the all-important matter of "trust" is concerned, consumers perceive increasing value in IoT services but remain extremely worried about the security of their data and how it is being used. Just nine percent of respondents say they trust that their data collected and shared through IoT is secure. And only 14 per cent feel that companies do a good job of informing them what data is being collected and how it is used.

Macario Namie, Head of IoT Strategy at Cisco commented, “As more companies build their businesses around IoT services, they need to first understand the importance of educating customers on how they are using their data to deliver new, valuable services that will enhance their lives. Consumers are asking for more visibility into IoT data practices, and to increase transparency around your IoT data governance and management, you first need to be able to determine who gets what data, where and when. Today’s IoT platforms do provide solutions to the problem and can give the ability to enhance consumer confidence and trust, which can lead to greater adoption of your IoT services.”

Consumer control over what data gets collected by whom is vital

According to the research house Gartner, currently there are 8.4 billion connected things are in use worldwide, up by 31 per cent on 2016. Gartner forecasts this will rise to 20.4 billion by 2020. However, the sheer number of connected things is not the only indication of the success of IoT. Consumer and business adoption of connected services determines the long-term success of the technology and IoT is a very important investment that has the potential to drive revenue growth, boost industrial productivity, and create new efficiencies.

And, like any business transaction, the acceptance and adoption of IoT is rooted in the value that IoT provides and that value is created by the data exchange between people, things and IoT providers. As consumers become increasingly aware of the connected things around us and the data they collect and share, their understanding of the value that these IoT services bring to their lives is critical.

It is now evident that consumers do want the features and benefits of IoT devices and services such as connected cars, smart homes and wearables. However, the number of IoT endpoint connections per person represents a much larger digital integration than any other major technology shift. Such a level of integration into consumers’ daily lives brings with it an increased risk around security and privacy. That is why consumers need to know how, where, when and with whom their data is exchanged. Such levels of transparency can create a foundation of trust that will be fundamental to the growth in IoT. Whether they will be or not remains to be seen.

In some IoT use cases, consumers already have a considerable degree of control over what data gets collected and shared via devices such as personal fitness gizmos, medical monitoring equipment and personal GPS systems. However, in other areas consumers have minimal and even no control whatsoever over the information that is collected about them via such networks such as municipal traffic systems, energy meters, commercial security systems and many, many industrial implementations.

But consumer trust in how businesses and government organisations manage and use that data is critical to the overall success of such IoT projects. Companies must be able to provide transparency into how they are using and securing data and how this helps to improve their customers’ experiences if they hope to be major players.