The three models in the ETERNUS DX8000 S3 series - the DX8100 S3, DX8700 S3, and DX8900 S3 - represent the pinnacle of Fujitsu's storage products, and are suited to a range of applications, whether maintaining or upgrading an existing enterprise system or building a new system for innovation from scratch. The DX8100 S3 model is only available in Japan.

In addition to Fujitsu's technologies for high reliability, the new series incorporates performance improvements that make I/O speeds roughly eight times faster than its predecessor, and achieves world-class processing performance(1) , thereby supporting the stable operations of mission-critical enterprise systems and social infrastructure systems. The series supports the deployment and integration of storage for various business-oriented and information-oriented systems and improves operational efficiency due to improved responsiveness via new auto-tuning functionality and upgraded connection functions that make it easy to run backups and set up storage in virtual environments.

With the spread of the Internet of Things, there is a need for new "systems of engagement," which are used to consolidate and analyze heterogeneous data, in addition to the existing "systems of record," which are used in enterprise systems to keep accurate records of the results of business processes. While systems of record will continue to be used and upgraded in the future, there will be a need to build new systems that can connect to systems of engagement to encourage new ways to use data. 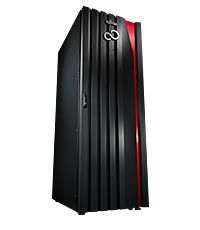 2) Newly added support for Extreme Cache(4) , an SSD cache built into the controller using the latest flash technology, greatly increases the rate of cache hits on read operations, resulting in a four-fold performance improvement in an internal comparison(5) . Using a large Extreme Cache alleviates loads at times of heavy access and can flexibly accommodate unpredictable changes in the environment. 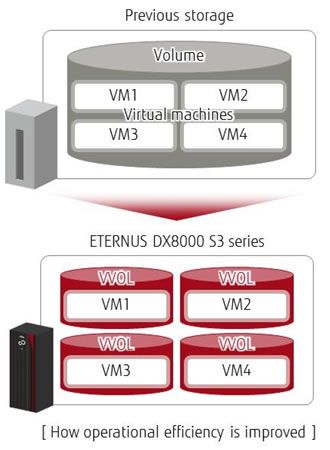