The new Hippocratic Oath? Do no ‘arm 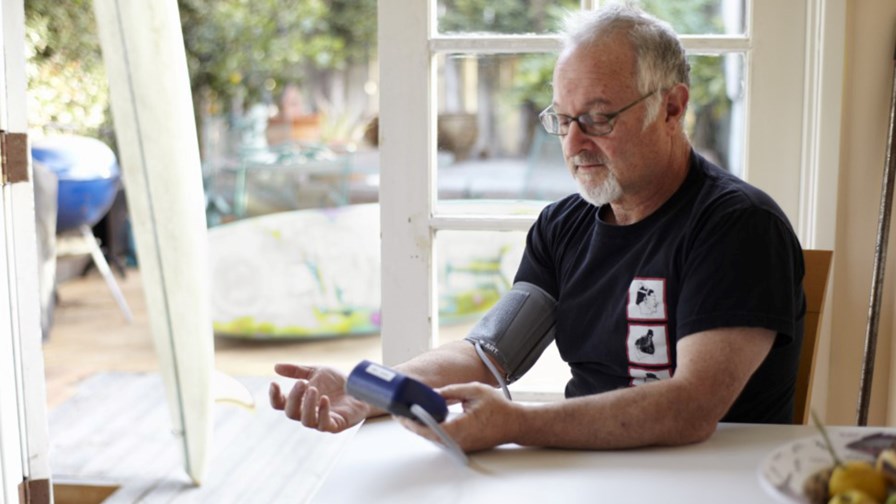 Ericsson Consumerlab, the polling and consumer research arm of Ericsson of Sweden has just published a new market research report  called "From Healthcare to Homecare. The critical role of 5G in healthcare transformation." It's a glossy document containing some interesting statistics and with some pertinent points to make. However, at the UK launch of the report yesterday, at Kings College, London, which was attended by TelecomTV, had more in common with a rivivalist meeting than a considered presentation of empirical research evidence.

Journalists present were surprised and rather taken aback by the over-exuberant hard-sell approach and it made them even more sceptical than usual. As a result, difficult questions were asked and, eventually, the answers did trim away some of the heavy rolls of PR fat from the underlying meat of the story but Ericsson's presenters could do little more than smile weakly and perforce agree with some trenchant points made by one of their own guest of honour speakers, Prokar Dasgupta, Professor of Robotic Surgery and Urological Innovation at Kings-College and Honourary Consultant Urological Surgeon at the prestigious Guy's and St. Thomas' NHS Foundation Trust. Professor Dasgupta knows that of which he speaks and he didn't to sit back and listen uncritically to what the Ericsson representatives were saying.

The report is based on answers provided to an online survey of "advanced" (whatever that may mean) smartphone and mobile broadband users in Germany, Japan, South Korea , the UK and the US together with 900 "decision makers" (who these people are we were not told) working in the healthcare, insurance, medical technology, telcos, apps developers and aggregators and governmental regulatory organisations in the aforementioned countries.

The gist of the report and the research is that next generation networks in general, and 5G in particular, will be essential in the transformation of healthcare. Apparently it will provide "transmission efficiency in an ecosystem of feedback and alerts, mobility and low latency." Simultaneously, "the networks will become a vehicle for a range of applications, including remote monitoring through medical-grade wearables, virtual doctor interaction and remotely operated robotic surgery" - and all by 2023! Given that 5G does not yet exist outside a laboratory that's quite a claim - and a rod for Ericsson to beat its own back with a bit further on down the road.

The report also finds, unsurprisingly, that the trend towards decentralisation of healthcare moving from big metropolitan hospitals back towards small local hospitals is continuing and that there is strong evidence of a growing movement favouring home medical and treatment services. Simultaneously, patient data is being centralised and hospitals are, increasingly becoming data centres.

Incidentally, in Britain we used to have decentralised health care that included a country-wide network of small local hospitals and a force of nurses and midwives who performed home visits. It was called the 'Cottage Hospital' system and was largely dismantled as part of yet another of the dogma-driven and endless reorganisation of the UK's National Health Service, an institution truly beloved of the British people if not by some of their political representatives. Now, it seems, Cottage Hospitals might return in some form or other - and not before time.

One result of decentralisation is an increasing dependence on wearables and remote diagnostics and treatments. This, the report says, gilding the lily to the extent of rendering it the glaringly yellow shade of the in-your-face bling favoured by medallion men the world over, "will make 5G essential to provide reliable and secure services." Well, yes. it might but it is not the sole answer and will not be the only technology available.

It was a very one-sided approach by Ericsson as, during the course of the presentation and subsequent discussion, the company's representatives made little more than passing reference to the plethora of other solutions (wi-fi, SDN, NFV, fibre etc) that are either available now or close to being so - except when they were forced into it by questions from journalists and interventions by Professor Dasgupta.

In its blurb the Ericsson Consumerlab report states, "Today, consumers have the power to take control of their health through smartphone apps, wearables and other connected devices." No they haven't, as a lot of independent research has shown.

What consumers can do is wear tracking devices (such as a FitBit) or some other non-real-time sensors to record an approximation say of the amount of walking done over a 24-hour period, a rough guide to calories burned and an indication of differing heart rates and blood pressure.

However, such devices are notoriously inaccurate and unreliable, and, most importantly of all, they do not transmit data back to a medical practitioner or hospital in real time and the monitoring of patient data in real time via medical grade devices and systems is the absolute prerequisite to meaningful and effective on-line and remote medical monitoring of patients. Full stop.

As Professor Dasgupta told the gathering, "Real-time monitoring of patients is central to all of this discussion and the lack of real-time is a real problem for medical practitioners. So too is latency. A 200 millisecond to 300 millisecond delay in data transmission during a robotic surgery is far too long and could cause untold problems and complications for the patient and who would be responsible for that? The surgeon, the network operator, the robotics company, the ISP, the hospital; who?

As Page 4 of the Consumerlab report actually makes plain, "although consumer-grade wearables are being widely used for preventative measures, 55 per cent of healthcare decision makers from regulatory bodies say these devices are not sufficiently accurate or reliable for diagnosis. In addition, for liability reasons it will be very difficult to rely on patients' smartphones for connectivity." The report continues,  (and to hell with split-infinitives), "To reliably measure biomedical signals - such as ECG, EEG, blood pressure, blood sugar, body temperature and stress - medical grade wearables will be required." Quite.

What is not in dispute is that even as care moves away from hospitals massive amounts of highly-detailed patient data will flow back to data centres that will be sited in the remaining big centralised hospitals. The report says, "Increased use of wearables, sensors and other connected devices will generate large volumes of diagnostic data, which need to be combined with electronic health records from clinicians and stored at a secure central location."

And there's another problem- security, confidentiality and patient privacy. In the UK, billions of pounds have been spent to data on a huge medical database which doesn't work, is known to be riddled with faults and has already been hacked even though it has not yet been introduced.

Another crucial element in the equation is the loss of human interaction, a literal de-humanising of the doctor/patient relationship that is central to healthcare as we currently know it. It could well be that in future the bulk of the population will be no more than a faceless number on a gargantuan database unable to access physical face-to-face access to a doctor whilst the few with enough money would be able to pay for direct interactions in a surgery office or even get home visits.

Furthermore, for healthcare transformation to succeed there will have to be collaboration between different sectors. It seems probable that the likes of Apple, Google and Microsoft, who already have their chubby fingers deep into the automated healthcare pie, will have a major role to play as will the established manufacturers of medical equipment and emergent disruptive OTT players.

It's an area fraught with potential problems. As Professor Dasgupta pointed out, "Currently the medical robotics industry in the UK is close to being a monopoly. The devices are very expensive and NHS finances are under unprecedented pressure." It seems we need a new generation of robotic equipment companies to emerge, competitive enough to drive down prices and force s change on a complacent sector. However, when that might happen is anyone's guess. All that can be said with certainty is that it is unlikely to be any time soon.

The new Hippocratic Oath? "Do no arm"

As part of the presentation of the report, attendees were promised "a demonstration of remote robotic surgery made possible by 5G". Professor Dasgupta was "to use a haptic glove to control the movements of a robotic gripper giving him a sense of touch and therefore the ability to remotely operate on a kidney."

The audience was looking forward to it with considerable interest but to say that it was an anticlimax is an extreme understatement. Throughout the early parts of the event, eyes kept straying to a see-through plastic torso laid on a table. The dummy had a large hole in its side into which poked a stand-alone pivotable robot arm pointing in the direction of a sort of white plastic lump within.

In due course, Professor Dasgupta, a very eminent surgeon indeed, gamely donned the haptic feedback glove and, looking only at a high-definition video monitor in front of him, proceeded to "operate" on the dummy. What actually happened was that the white plastic lump in the plastic torso glowed with a blue light when the scalpel, drill, meat cleaver, knife and fork or whatever it was that was clenched in the grip of the robotic arm, was at some distance from the "kidney", placed in lonely splendour in a torso otherwise unoccupied by inconvenient human viscera, and then lit up either red or green.

What it all meant we have no idea. There was no commentary and Ericsson's presenters told us absolutely nothing about what we were seeing, what was going on, what it was meant to represent, what it had to do with 5G, what technologies and bandwidth were being used and so on. All in all it was pretty pointless. So full marks for the Prof for being a willing participant and a 'D Minus' for the presenters who failed lamentably to capitalise on what could have been a fascinating demonstration - but, lacking a coherent explanation, just wasn't.