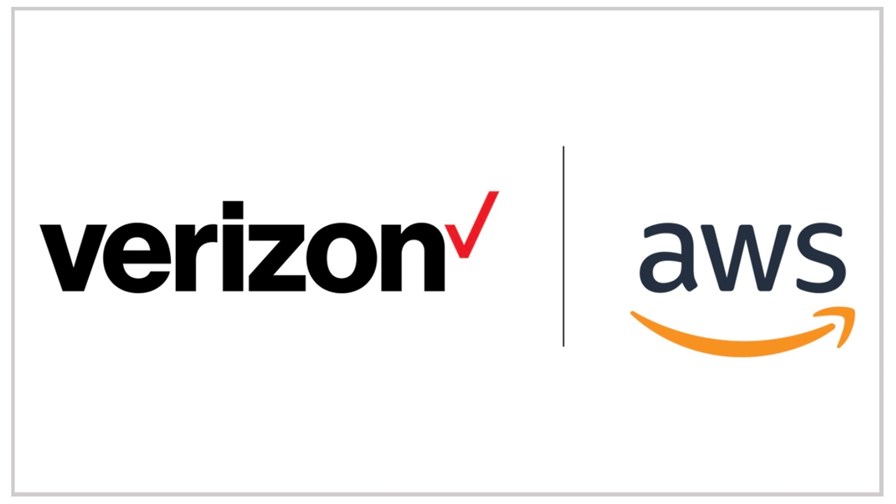 Verizon has expanded its service proposition in combination with Amazon Web Services (AWS) to take its private mobile edge computing service nationwide in the US. The service combines Verizon 5G services with AWS’s on-site Outposts compute and storage infrastructure and has familiar name Corning, the giant fibre cable manufacturer, as a reference customer at one of its main plants. “Through our partnership with AWS, we are helping customers unlock the true potential of 5G and edge computing which together will enable innovative applications involving computer vision, augmented and virtual reality, and machine learning. We are just scraping the surface of the new experiences that will be enabled by having 5G and edge compute on site,” noted Tami Erwin, CEO at Verizon Business. Let’s hope she’s right, as it’s this kind of offering to enterprise customers that will provide validity not only to the claims of additional customer benefits and revenue potential that 5G can bring, but also to the potential of telco/hyperscaler relationships. Read more.

Speaking of which... The value of private mobile networks investments is set to more than double during the next few years, growing from $5.5 billion this year to almost $12 billion in 2023, driven by "the enhanced capabilities of 5G" that are generating "enthusiasm and awareness of private cellular networks," according to Juniper Research. "5G deployments have a key role to play here: over 60% of base stations used in these deployments in 2023 will be 5G, thanks to its ultra-low latency, and signal propagation properties that allow deployment in environments where conventional networks struggle," noted the research firm in this press release.

The months roll around... Joe Biden has been US President since late January, but he still hasn’t got around to nominating a Chairman or Chairwoman of the Federal Communications Commission (FCC), the US telecoms regulator. He did appoint the Democratic FCC commissioner Jessica Rosenworcel as interim chair on the day of his inauguration, but since then nothing else has happened. According to the right-of centre website and weekly magazine, the “Washington Examiner”, rumours persistent that the President doesn’t want to make her the permanent Chairperson because “she is not liberal enough” to push through a radical anti-monopoly agenda and cut Big Tech down to size. In the absence of a full-time chairperson, and with two Democrat commissioners and two Republican commissioners effectively cancelling-out one another on partizan party political lines, the agency is effectively in stalemate. The situation is manageable on a hum-drum, day-to-day basis but untenable when it comes to big issues such as restoring net neutrality, shortening the leash to bring the big monopolistic or duopolistic telcos to heel and reinstating genuine competition and consumer choice. It’s a situation that suits AT&T and its ilk down to the ground and the longer the deadlock continues., the happier they will be. Jessica Rosenworcel’s temporarily extended tenure must end by noon on January 3, 2022, while the President has until December 31 to name a full-time chair. However, as time drifts by, many Democrats, the President’s very own party, are openly questioning why the post remains unfilled. They are beginning to worry, with so few legislative days left available in 2021, that unless Mr. Biden does something soon there is a definite possibility that the Republicans will, by default, have a two to one voting majority on the FCC board at the beginning of the New Year, a ludicrous situation for a Democrat president and administration. Critics say the longest delay in naming an FCC chair since the agency was instituted back in June 1934, means that the new(ish) administration could see the FCC lose a up to a year to a year and a half of vital time needed to introduce and carry through their reform agenda. Ernesto Falco, a senior lawyer at the Electronic Frontier Foundation digital rights group is unequivocal. He says, “The Biden Administration will get nothing done on broadband, a critical service as important as water and electricity to people, without a fully staffed-up FCC. The delay in appointing not one but now two Commissioners to the agency [a Commissioner and a permanent Chairperson] from his own party, while in control of the Senate, is nothing short of a disaster.”

Virgin Media O2, the recently formed giant UK service provider, has unveiled Volt, which it describes as a “converged service” that gives combines “the speed and reliability of Virgin Media’s broadband and O2’s mobile networks alongside a variety of incredible perks to give our customers more.” On the plus side, Virgin Media O2 is offering Volt to existing as well as new customers, and it is making the combined package available to small businesses too, so a hat tip for those decisions. You can find out more in this press release. However... the lengthy list of terms and conditions shows that this is really quite far from a proper converged service. “Separate contracts and billing apply to Virgin Media and O2 mobile services,” notes the operator, before attempting to detail the various tariff options that left me needing a brief lie-down in a dark room. This is discounting, not convergence and for this editor at least it shows that Virgin Media O2 has not got to grips with the one thing it needs to be best at if it is to be a real success – customer experience management. (See Virgin Media O2 needs a dose of humility and a revamp of its culture.)

EXA Infrastructure, the new network operator that was founded recently when recovering service provider GTT divested its network and data centre assets as part of its emergence from Chapter 11, has already announced a significant network upgrade. It says it’s going to spin up the “largest dedicated digital infrastructure platform connecting Europe and North America,” and has today revealed plans for 400 Gbit/s-enabled services across its European, transatlantic and North American infrastructure platform, a move it claims will unleash a vast increase in available capacity. By bringing a four-fold increase in the amount of capacity customers can utilise through a single interface, 400G simplifies bandwidth delivery with fewer patches and pluggable optics, and offers better energy efficiency, compared to multiple 100Gbit/s interfaces, says the company. Read more.

Rakuten Mobile has acquired an unspecified stake in Japanese shared infrastructure player JTOWER to help the competitive 4G/5G operator roll out its network in a more economic way. According to JTOWER, Rakuten Mobile already uses its indoor shared infrastructure and its ‘smart pole’ outdoor assets in the Nishi-Shinjuku area of Tokyo. “We and Rakuten Mobile will use this capital alliance as an opportunity to deepen our collaboration,” noted the neutral host company in this investor relations announcement. Rakuten Mobile needs to do everything it can become more capital efficient as it has been racking up massive losses this year as it accelerates its network rollout while building its customer base, though it has noted that its losses are expected to peak in 2021 and that it expects to be profitable by 2023.

The 31 countries invited by the host nation, the US, to participate in last week’s two-day Counter Ransomware Initiative have published a joint statement. The verdict? It’s worthy, but anodyne. All attendees agreed that ransomware poses an "escalating global security threat with serious economic and security consequences.” Who’d have thought it? The communique adds that ransomware is so pernicious and complex a threat that it demands a “shared response” to the problem, a conclusion that must have been utterly obvious to all well before the event took place. So, now having talked things over for a couple of days, “efforts” will be made on “improving network resilience to prevent incidents when possible and respond effectively when incidents do occur; addressing the abuse of financial mechanisms to launder ransom payments or conduct other activities that make ransomware profitable; and disrupting the ransomware ecosystem via law enforcement collaboration to investigate and prosecute ransomware actors, addressing safe havens for ransomware criminals, and continued diplomatic engagement.” Central to the pledge will be mutually agreed policies and government structures and “well-rehearsed” systems and procedures that will swing into dynamic action in the event of ransomware incidents being detected or reported. Other recommendations are that “trained personnel” be used to manage responses to ransomware attacks (!) and there should be partnerships between government bodies and private companies to help counter them. What’s more, organisations and businesses are urged to maintain data backups offline and use stronger passwords while individual nations should “consider” sharing information between those suffering ransomware attacks and local cyber emergency response units. Law enforcement agencies and financial intelligence teams will “be deployed to help counter and curtail the ransomware business model”. Sometimes the mind really does boggle. China, Iran, Russia and North Korea, countries known to be either pursuing “state actor” cyber attacks around the world or turning a blind eye to ransomware gangs operating from their territories, were not invited to the summit and must be quaking in their boots now that know the determination and fearsome range of weapons and sanctions that will be ranged against them.