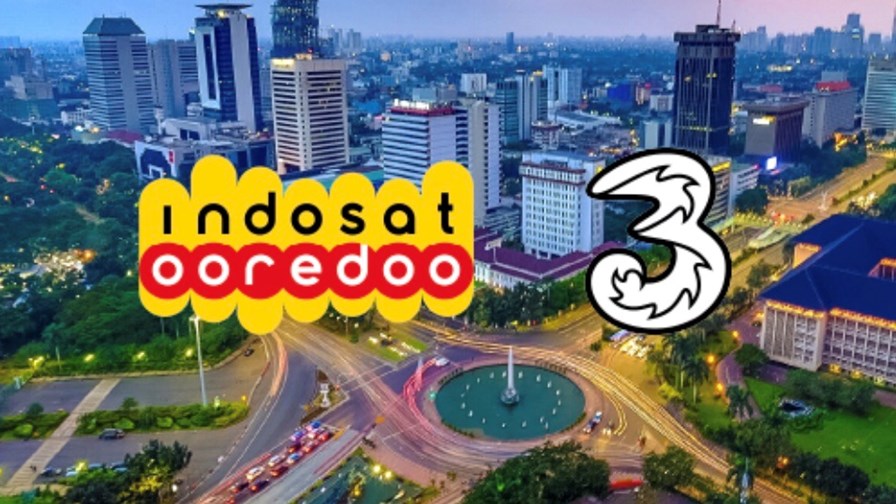 It’s an M&A day, with a merger in Indonesia and the sale of multiple network and data centre assets by GTT at the front of the news queue.

After a protracted courtship, Ooredoo and CK Hutchison have finally agreed the merger of their respective operations in Indonesia – PT Indosat (Indosat Ooredoo) and PT Hutchison 3 Indonesia (H3I) – to create a single service provider, PT Indosat Ooredoo Hutchison (Indosat Ooredoo Hutchison). The combined operations will have annual revenues of about $3 billion, more than 100 million customers and be the country’s second largest operator behind Telkomsel. The deal is expected to receive all relevant approvals and be completed before the end of this year. Read more.

Beleaguered service provider GTT has finally completed the sale of its network and data centre assets to I Squared Capital in a move that will help its ongoing restructuring process. “This is a major milestone for GTT as we move away from infrastructure ownership and maintenance to deepen our focus on serving the global enterprise market with a full array of cloud networking and managed solutions that include SD-WAN, security, internet, voice and other vital telecommunication services that enable digital business,” stated GTT’s CEO Ernie Ortega, who now faces the task of resetting the company and bringing the US assets out of Chapter 11 bankruptcy protection. (See GTT turns to Chapter 11 for business survival.)

So now I Squared Capital has the network assets and has created a new independent operating company called EXA Infrastructure to house them. “The differentiated fiber and data center assets acquired through this purchase from GTT are a valuable addition to our global digital infrastructure investments,” said Gautam Bhandari, Managing Partner at I Squared Capital. “We are excited about the opportunity to invest and build on this rich set of digital infrastructure capabilities to serve the increasing market demand for high performance networks. We welcome the talented team from GTT to EXA Infrastructure.” About 420 staff will join EXA from GTT.

Telecoms companies in India have had a torrid time of it over the past few months, with real concerns that some of them might go to the wall over massive, historical, unpaid adjusted gross revenue (AGR) fees due to Department of Telecommunications (DoT). Comparative newbie Reliance Jio got the smallest bill and paid up immediately, while its main rivals Bharti Airtel and Vodafone objected to what they described as “unfair and onerous” repayment schedules and went to law over them. However, the India Supreme Court repeatedly rejected the case and refused to sanction recalculation of the amounts owed and it seemed increasingly likely that Vodafone Idea would fall into bankruptcy that would have enormous ramifications for competitive telecoms across the sub-continent. Then, as noted by TelecomTV earlier this week, India’s all-powerful Council of Ministers stepped in at the eleventh hour and issued a four-year moratorium on the AGR dues and, literally saved the day for Vodafone Idea when the telco got immediate cash-flow relief. Since then, Vodafone Idea’s share price has gained more than 50% in value and ended Friday trading at 11.45 Rupees. It’s not all unalloyed good news though. The deal is hedged around with various conditions, the most important being that once the court-impose four-year moratorium expires, Vodafone Idea will have to convert the dues owing into equity. Some INR500 to INR550 billion will be due and Vodafone India’s market total capitalisation is about INR320 billion, about INR200 billion below what will be owed. Whatever happens repayment of the AGR fees will result in a massive dilution of equity for existing shareholders but that’s four years away and a lot can happen in that time. Sufficient unto the day is the cash relief thereof.

In the US, the Biden Administration remains set on bringing Big Tech to heel and some House Democrats are trying to ensure that the Federal Trade Commission (FTC), the body that oversees and polices privacy in the telecoms and online sectors, will get a huge increase in its budget with which to buy a strong and sharp new set of gnashers that can be used to chew on the likes of Facebook and Google. Members of the House Energy and Commerce Committee propose that a new “privacy division” be created within the FTC and want US$1 billion set aside to pay for it. If the measure makes it through, the FTC will get a 30 percent increase to its currently planned total budget for the entirety of the next decade. The sum will be one more line of cost in the Biden Administration’s $3.5 trillion American Recovery economic package. The Democrats say the proposal will be cheaper than creating a brand-new regulatory agency. As might be expected, the Republicans are unhappy, both about the establishment and price of a new federal authority and/or the cost of expanding the FTC. However, the White House is determined that Big Tech will face a reckoning, proper regulation and meaningful sanction when malfeasance is proven so something will have to give, and it is likely that in the end the Republicans will regard the FTC expansion option as the lesser of two evils. Marsha Blackburn, a Republican Senator representing Tennessee, commented, “The $1 billion promised in the Democrat spending bill is more than the current budgets of FTC and FCC combined. Until Congress completes our work creating a national consumer privacy law, this spending puts the cart before the horse.” However, in front or behind the horse, the cart is on the move and can’t be stopped now.

By happy coincidence the Scottish city of Glasgow has been named as the fastest 5G city in the UK just a few weeks before the massive, and massively important, UN COP26 Climate Change Conference takes place there. The UK is currently President of COP and over the course of Halloween and the first two weeks of November the eyes of the world will be on Glasgow as global leaders together with tens of thousands of negotiators, government representatives, businesses, interested private citizens and, no doubt, protest organisations such as Extinction Rebellion, all foregather for almost two weeks of debate, hopefully, meaningful decisions and who knows what by way of civil unrest and massive policing and security. Given the importance of the event, the availability of the best of all types of communications connectivity will be required and tested to the full. As far as the first half of 2021 is concerned the new “UK’s Fastest 5G Cities’ report from RootMetrics by IHS Market puts Glasgow firmly at the top of the list with an aggregate 5G median download speed of 144.3 Mbit/s. In second and third place are the cities of Birmingham in the English Midlands and Belfast in Northern Ireland. Amongst the service providers, EE had the fastest 5G median download speed in two of Britain’s three fastest 5G cities (although it tied with Virgin Media O2 in Birmingham). What’s more, EE had the highest 5G availability in all three top cities. The fastest 5G median download speed in Glasgow came courtesy of Vodafone, which topped out at 192.2 Mbit/s - the single fastest 5G median download speed of any UK city. Meanwhile, Three, whilst not providing the highest availability or speed of 5G, remains a solid and dependable contender. The operator did particularly well in Belfast, providing a 5G median download speed of 127.1 Mbit/s. London languished way down the list and in sixth place for 5G speed and seventh place in terms of 5G availability. In the capital the aggregate 5G median download speed is 124.1 Mbit/s, behind Manchester at 130.6 Mbit/s and a full and very noticeable 20 Mbit/s behind Birmingham. Finally, after a series of self-congratulatory papers from the American trade body USTelecom including the highly partizan “US vs. EU Broadband Trends (2012-2019)” report which “debunks a persistent myth that the EU’s more intensive framework for broadband regulation has yielded a superior online experience for consumers and ought to be replicated in the United States” it is a pleasure to be able to counter such overblown claims by pointing out that UK subscribers get much better 5G speeds than do their cousins across the Atlantic. Indeed, the UK’s slowest 5G city is much quicker than that available in Philadelphia, which is the fastest city in the US. In the city of brotherly love, the aggregate 5G median download speed, and the fastest in the entire nation, is 72.3 Mbit/s, which is 30 Mbit/s slower than Newcastle-on-Tyne, where the aggregate median download speed is the 106.7 Mbit/s. And UK 5G costs users a lot less than what they get charged in America for much more sluggish service.

New data from Synergy Research Group shows that the total number of large data centres operated by hyperscale providers increased to 659 by the end of the second quarter, having more than doubled since mid-2016. The US and China continue to account for more than half of the major cloud and Internet data centre sites. Read more.

Juniper Research predicts that the global value of the communications platform as a service (CPaaS) market will exceed $10 billion for the first time in 2022, rising from $8.6 billion this year, representing growth of 17% year-on-year. To capitalise on this remarkable growth, the research predicts CPaaS vendors – which offer centralised management services for outbound communications, including SMS, OTT business messaging, RCS and voice services – will “seek to further differentiate their services by integrating novel solutions directly into their service platforms.”