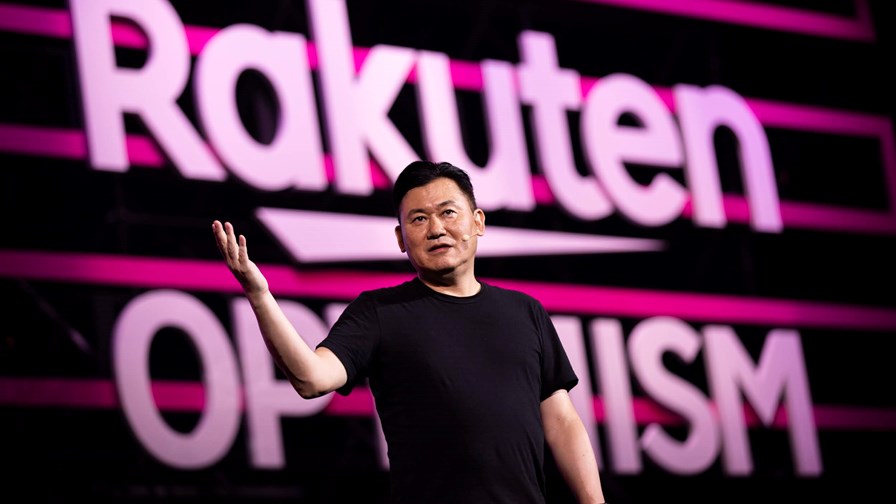 Building a new mobile network business from scratch, even a fully virtualised one, is hard to do as Japan’s Rakuten Mobile is finding out.

The greenfield operator has just revealed its results for the second quarter (Q2) and first half of 2021. Although the mobile business increased revenue by 29.4% to 107.26 billion yen (US$968 million) in the first six months of the year, it posted a rather eye-watering loss of 197.28 billion yen, compared to a mere 89 billion yen in the previous year. In Q2 alone, revenue rose 17% to 51.5 billion yen while the operating loss amounted to 99.7 billion yen.

Rakuten said the losses were primarily owing to investments in its own 4G network, which achieved 90% population coverage by the end of June. Yoshihisa Yamada, president of Rakuten Mobile, said the operator will not reach its goal to cover 96% of the population by the end of August, blaming the global shortage of semiconductors, but now expects to reach this goal by the end of the year.

Rakuten indicated that operating losses from its mobile business are expected to peak in 2021, with a gradual decline from 2022 onwards and the aim of becoming profitable from 2023. Yamada also said total mobile ‘applications’ amounted to 4.42 million by the end of June 2021, up from 3.51 million at the end of March -  this is the cumulative number of applications for the Rakuten Mobile MNO. Subscriber numbers were not revealed.

“The population coverage needs to be close to 96%, 97%” before Rakuten Mobile steps on the accelerator, he said, explaining that roaming charges are still very high.  Rakuten is using the KDDI network for roaming, until it builds its own network.

“We need to control how many subscribers we get” until roaming fees begin to drop — something Mikitani said will happen in October this year and then again in March 2022.

“We can spend more money to get new customers, but when we acquire more customers, we need to pay more roaming fees in the short term. We’re trying to be a little more patient and trying to control our speed, at this moment,” he said.

Meanwhile, the group is expecting big things from Rakuten Symphony, which intends to build on work already done by Rakuten Mobile and offer professional services and technology for any company or organisation wanting to build an open RAN network (See Rakuten plays a hybrid tune with its Symphony, spies $100B+ market.)

Those telco products and services include the functionality on offer via its Rakuten Communications Platform (RCP), the cloud native communications networking platform that includes open RAN and core software – some of it Rakuten’s own, including the Altiostar vRAN software, and some of it from third parties such as Airspan, NEC, Fujitsu, RADCOMand more – network automation and orchestration tools, OSS capabilities from Rakuten-owned Innoeye and Rakuten’s cloud infrastructure; and Rakuten’s existing R&D, sales, marketing and delivery resources that are focused on the global telco segment.

Rakuten has already won a deal with 1&1 in Germany to deliver and run what will be Germany’s fourth mobile network infrastructure and the first major open RAN network in Europe. (See German operator 1&1 to build brownfield Open RAN network with Rakuten.)

“We have what we call a triangle strategy” for the mobile business, said Mikitani. “We are trying to hit three birds with one stone. One is a standalone business, which can be a very profitable and sizable business…and we are also trying to nurture the ecosystem through mobile subscriptions…We can significantly increase the lifetime value of the customer through mobile service, as well as acquiring new customers throughout the ecosystem. And third is expansion of the Rakuten Communications Platform, by selling what we have developed for the Japanese mobile connectivity service to external mobile companies.”