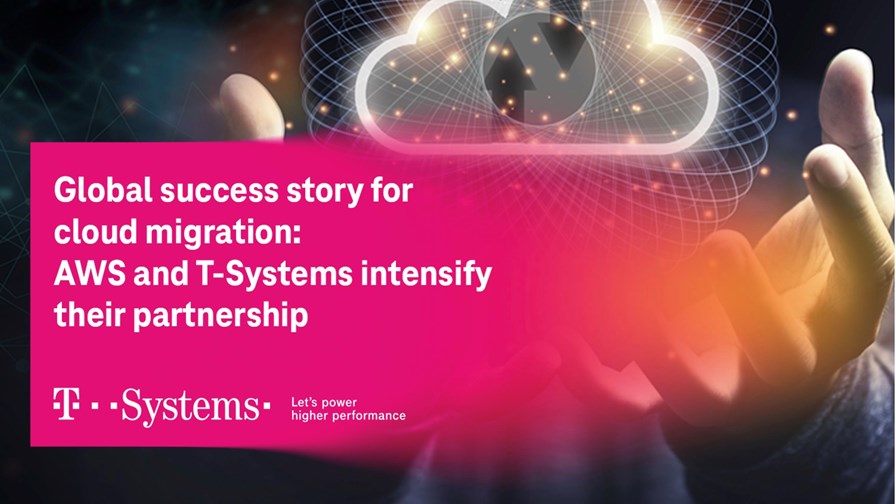 Deutsche Telekom’s T-Systems and AWS have strengthened their partnership with a multi-year Strategic Collaboration Agreement that will result in faster enterprise cloud migrations and enhanced security to T-Systems customers. If it's good for the customers it has to be a good move, right? For more details, and some examples of how T-Systems has helped large companies migrate to AWS, see this press release.

Nokia has named former Ericsson executive Nishant Batra as its Chief Strategy and Technology Officer, a role that comes with a place on CEO Pekka Lundmark’s Nokia Group Leadership Team. Batra, who was at Ericsson from 2006-2018 and ended his stint there as Head Of Product Area networks, joins from automotive technology specialist Veoneer and will start his new role on 18 January 2021. His role, described in October as encompassing “strategic planning, long-term research including Nokia Bell Labs, and IT and digitalization,” is an extended version of the one currently held by Marcus Weldon, who will leave next March. Batra will join just weeks into the start of Nokia’s three-year journey to rediscover its mobile networking mojo and figure out its future path. (See Nokia appoints Nishant Batra as Chief Strategy and Technology Officer and Nokia’s latest top table team change: Marcus Weldon out as CTO, head of Bell Labs.)

Still with Samsung… It has agreed to collaborate with IBM to “develop edge computing, 5G, and hybrid cloud solutions to help businesses across all industries modernize their operations and realize the promise of Industry 4.0.” The two companies Samsung and IBM will offer enterprise users new solutions for mobile edge computing and end-to-end private 5G networks that “run on open architecture and empower workers through 5G-enabled Samsung Galaxy devices.” For further details, see this announcement.

Huawei might be being summarily booted out of telecoms networks across huge swathes of the world but has high hopes that it'll be welcomed with open arms in Ethiopia, provided the price is right (and no doubt it will be). In a statement, reported by Bloomberg, Huawei's vice-president for Southern-Saharan Africa, Loise Tamalgo, said, "Our strategy is very simple. We plan to leverage our position as the main vendor of the state-owned monopoly Ethio Telecom to bid for opportunities in the country." Liberalisation of the tottering national telecoms network has been long promised and a so-called "wide-ranging privatisation programme" was mooted in 2018 but little has happened since. The latest update from the government has it that 40 per cent of Ethio Telecom will be sold off next year and two new licenses for competing services issued. Ethiopia, with more than 100 million people, is Africa's second most highly-populated country but remains very poorly served on the telecoms front. Internet penetration is 15.4 per cent and the sole ISP is the aforementioned Ethio Telecom which is infamous for bureaucracy, high prices and poor customer service. Telecoms services are overloaded and outages are commonplace. To great fanfare, the state monopoly telco launched a 4G LTE service in the spring of 2015 "with the help of Huawei". Who actually uses it is not apparent. Recently the US International Development Finance Corp approved a loan of up to US$500 million to a Vodafone-led consortium to build and manage a privately-run Ethiopian mobile-phone network operator. The MTN Group and Orange of France have also expressed an interest although, as an MTN press release has it, "an ongoing military conflict is giving cause for concern."

In the US, T-Mobile has a well-deserved and, many would say, well-earned reputation as a bruiser where the so-called "race to 5G is concerned", constantly weighing-in to batter and berate its rival mobile network providers and call them out for their perceived glass jaws and other faults. T-Mobile's main punch-bag has been Verizon, and that telco has seemingly been content to lean on the ropes and soak up the punishment in the forlorn hope that T-Mobile will wear itself out and throw in the towel out of sheer exhaustion. Unsurprisingly, that has not happened but, in a sudden show of unexpected derring-do, Adam Koeppe, Verizon's senior vice-president of Technology and Strategy Planning, did actually put up his dukes to defend his company's strange 5G strategy in a recent interview with Fierce Wireless. Mr. Koeppe is a true believer that the route to the sunlit uplands of 5G can only be via a trudging transition from 4G LTE, in which Verizon 'holds a position of dominance' thanks to bolting Dynamic Spectrum Sharing (DSS) onto its established 4G platform. According to Verizon, DSS allows the telco to provide a "nationwide" 5G services by splitting low-band resources between 4G and 5G users. T-Mobile regards DSS as anathema, sees it as "weak and inherently flawed" and says it just degrades performance for 5G and 4G subscribers alike. The harsh reality is that having last year acquired its erstwhile rival Sprint, T-Mobile is in possession of a kings-ransom worth of vital mid-band spectrum that can be dedicated to 5G. Without selling the family silver to buy expensive extra spectrum Verizon is highly unlikely ever to be able to beat T-Mobile by a knockout and has a very long way, and probably a few more bloody noses, to go before it might one day able to claim to win the occasional round on points, by a split decision.

Telia Carrier says it’s set to converge its IP and optical layers by plugging 400G coherent modules from Acacia into Cisco routers, a move the international operator says will enable it to “address increasing bandwidth demand while significantly reducing both capital and operational expenditures.” Cisco is still in the process of acquiring Acacia, almost 15 months after the $2.6 billion deal was announced.

The European Union authorities plan to erect a “cybersecurity shield” for its member nations as part of a new strategy to “bolster Europe's collective resilience against cyber threats and help to ensure that all citizens and businesses can fully benefit from trustworthy and reliable services and digital tools.” As part of the new Cybersecurity Strategy, EU member states, with the support of the European Commission and ENISA (the European Cybersecurity Agency), are being chivvied along to complete the implementation of the EU 5G Toolbox, "a comprehensive and objective risk-based approach for the security of 5G and future generations of networks." (See EU states make headway with 5G security measures.)

A new streaming service, BBC Select, will make its debut in the United States and Canada early next year, according to Broadband TV News.  The service will launch on Amazon Prime Video and the Apple TV app and, says the BBC modestly, “it’s for those who crave knowledge, new perspectives, and programs that are not your standard fare.” The service doesn't carry adverts and its pricing will be announced later.

Verizon Media and Entain, the gaming and gambling company formerly known as GVC Holdings, have formed an alliance to create innovative ways for people to lose money by betting on sports and entertainment. See this press release for further details.