What’s up with… GSMA & Telefónica, chips in Europe, Vodafone 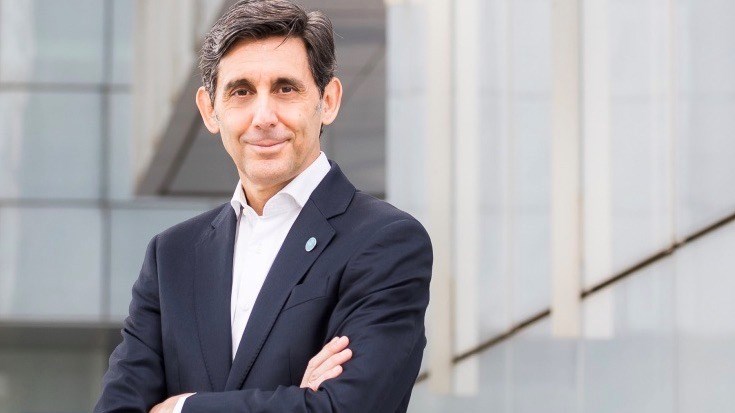 The GSMA’s new chair, some chip excitement in Europe, and a potentially bumpy ride for Vodafone are the topics atop today’s pile of industry news.

The Board of industry association and MWC organizer the GSMA has appointed José María Álvarez-Pallete (pictured above), Chairman and CEO at giant Spanish operator Telefónica, as its new Chairman for what looks like quite a brief term (from today until the end of 2022, according to the GSMA, though Telefónica is suggesting the term will run until the end of 2024). He was elected to replace Stéphane Richard, who had to step down after three years’ service after he was found guilty by the Paris Court of Appeal of “complicity in the misuse of public funds” and consequently resigned as Chairman and CEO of Orange. During his tenure, Álvarez-Pallete will be tasked with GSMA’s strategic direction. Read more in the GSMA’s announcement here.

In a separate statement, Telefónica celebrated the appointment as the first time a Spanish company has been handed this role. The operator explained Álvarez-Pallete will contribute to the strengthening and development of technologies such as 5G, edge computing, cloud, cybersecurity, artificial intelligence (AI) and Internet of Things (IoT), “without losing sight of the human dimension and the values that should govern digital transformation." Álvarez-Palleten added: "Increased digitisation must include responsible leadership to drive growth, job creation, sustainability and accelerate digital inclusion. I look forward to supporting the GSMA drive these critical issues, and many others, with the GSMA Board.”

The European Union reportedly intends to invest tens of billions of euros to boost the chipmaking industry in the region, with a target to hit 20% market share of global production by 2030. Cited by Reuters, Commissioner for the European Union’s Internal Market Thierry Breton declined to provide exact figures for the bloc’s planned investments in the EU’s emerging chip production sector, but hinted the amount will be commensurate to what the US wants to put in for the industry: The US announced a $52 billion CHIPS for America Act funding to boost its competitiveness with rival Chinese technology. The EU’s investment is linked to the European Chips Act, which intends to cover investments for chip manufacturing within the next two to three decades. Breton said the EU wanted to be “a net exporter” in semiconductors and was doing whatever it takes to attract strategic investment into boosted production. Read more here. Intel is a certain investor in Europe’s chip sector, pledging last year to invest $20 billion for new chip plants in Europe, though it seems it is on the lookout for an €8 billion (currently equivalent to $8.9 billion) EU subsidy for its move. (See Intel to invest $20 billion in European chip plants.)

A Swedish activist investor has reportedly bought a stake in Vodafone significant enough to help it influence the operator’s strategic direction, according to Bloomberg. Cevian Capital has already held talks with Vodafone management about its growth strategy, according to Bloomberg’s sources, just at a time when the operator’s CEO, Nick Read, has been vocal about the need for market consolidation in some of Europe’s key mobile markets and Vodafone has been linked to M&A talks with CK Hutchison, the parent company of UK operator Three. Vodafone’s majority owned towers spin-out Vantage Towers has also been linked to a tie-up with Deutsche Telekom’s towers unit. According to Cevian’s website, the company “generally invests in sound companies that are overlooked, misunderstood or out-of-favor with investors. It commonly acts as a reference shareholder, an anchor shareholder, or an external catalyst for change, depending on the situation.” Its preferred investment size is usually €500 million to €1.5 billion: The mid-point of that range, €1 billion, would buy a stake of about 2.5% in Vodafone currently, as the operator’s share price on the London Stock Exchange currently stands at 127.6 pence, giving it a market value of £34.14 billion (€41 billion). Cevian has long been a significant shareholder at Ericsson, and reportedly issued critical statements about the Swedish vendor’s portfolio and strategy last week following the company’s full year financial report. Reports of Cevian’s involvement at Vodafone come in the wake of Patrick Drahi’s move to take a large stake in BT: The billionaire businessman, who owns and runs Altice, increased his stake in BT to 18% in December last year.

T-Mobile US has warned employees who require regular or occasional access to the operator’s offices that they face being sacked if they are not fully vaccinated against Covid-19 by 2 April, reports the Washington Post, citing Bloomberg.

Virgin Media O2’s parent companies, Telefónica and Liberty Global, have initiated discussions with prospective investor partners as they look to create a new, independent wholesale fibre broadband access entity in the UK that would rival BT’s Openreach and Cityfibre, according to Sky News. The report suggests the duo could be looking for as much as £1 billion from external investors in return for a sizeable stake in an independent open access broadband company that would seek to pass more than 7 million premises across the UK in areas where Virgin Media O2 does not have (or plan to have) network coverage and have Virgin Media O2 as its ‘anchor tenant’. That Telefónica and Liberty Global are taking this approach is not unexpected: Reports emerged in the Spanish press last September that Telefónica had hired two investment banks to seek out potential backers for the UK FTTP scheme, which is set to be rolled out at the same time as Virgin Media O2 upgrades its existing cable access network infrastructure to fibre, a move that will cover 15.5 million premises.