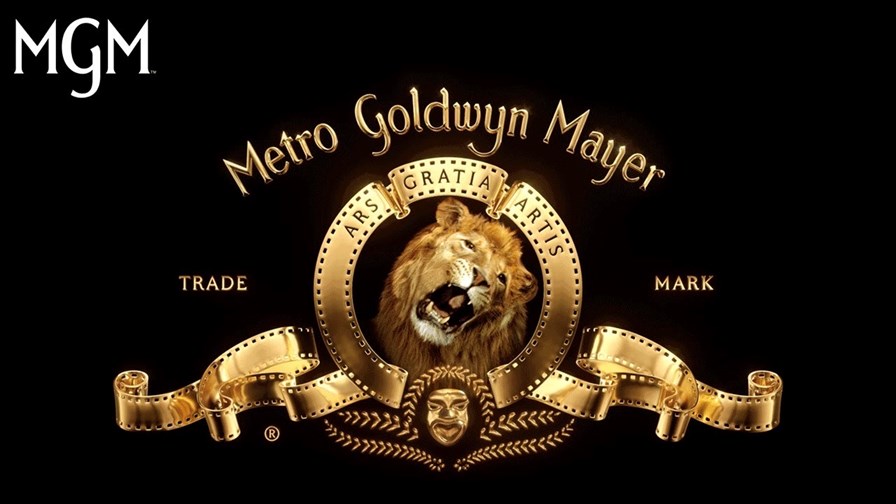 Just as a number of major telcos realize that investing in entertainment content production maybe wasn’t the right thing to do with their money after all, one of the world’s largest digital platform companies has been linked to the acquisition of one of the biggest names in the movies. Multiple media outlets, including the BBC, are reporting that Amazon is lining up the acquisition of MGM, the movie studio that produces the James Bond films amongst many others, for about $9 billion. This would give Amazon Prime access to a massive back catalogue of film content and also give it broader production capabilities. The move makes sense in a way the telco media acquisitions did not, and comes just a day after AT&T announced its media unit would combine with Discovery Inc. to create a global streaming media giant valued at $130 billion. And that’s not all because…

Not wanting to get left behind and potentially swallowed up as minnows, Groupe TF1, Groupe M6, Groupe Bouygues and RTL Group have “signed agreements to enter into exclusive negotiations to merge the activities of Groupe TF1 and Groupe M6 and create a major French media group.” They add in this statement: “The new group would be well positioned to master the challenges arising from the accelerating competition with global platforms, active on the French advertising market and in the production of quality audiovisual content.” Well, bonne chance with that effort!  For much more detail and insight, check out this Digital TV Europe report on the move.

Rakuten Mobile has cemented its Open RAN relationships with Fujitsu and NEC as it aims to take the disaggregated radio access network architecture to the global market via its RCP (Rakuten Communications Platform). The alternative Japanese operator is on a mission to convert the world’s mobile network operators to Open RAN via RCP, for which Fujitsu and NEC will develop new 4G and 5G Open RAN-based radio units and provide support for operators that engage with the RCP. “As we start introducing Rakuten Communications Platform to telco operators, governments and enterprises around the world, we are seeing strong demand for high-performance, cost-effective and high-quality radios for 4G LTE and 5G New Radio (NR) based on open and virtualized RAN,” noted Tareq Amin, Representative Director, Executive Vice President and CTO of Rakuten Mobile. Rakuten is convinced that, between them, Japanese technology companies can deliver a broad range of cost-effective but leading-edge mobile network components to all sorts of network operators around the world, from large telcos such as Etisalat to enterprises building private networks, though it’s worth noting also that the RCP partner list is not limited to Japanese tech companies. Rakuten claimed in its latest financial report that “multiple global customers” are already tapping into the RCP.

The massively successful and expansive Indian telecoms company Reliance Jio is to deploy not one but two 200 Tbit/s submarine cables in festoons covering 16,000 kilometres. Cable 1, the "India-Europe Express" (IEX) will run west from Mumbai via the Middle East to terminate in Italy (for now anyway). It will have landing access points in Oman, Djibouti, Jeddah, Yanbu and Duba (Saudi Arabia), Zafarana and Sidi Karir (Egypt), Timpaki (Greece) and Savona (Italy). The plans also show additional landing points could be added later including Karachi (Pakistan), the UAE, Cyprus, and Marseille in France. Cable 2, the "India-Asia Express" (IAX) will run east from Mumbai to Singapore via Matara in Sri Lanka, Chennai on India's eastern coast, Satun in Thailand and Morib in Malaysia before terminating in Singapore. The IAX could later be extended via the Maldives, Kolkata, Bangladesh, Myanmar (although they may decide to rethink that one) and Port Blair in the Andaman and Nicobar Islands. The India-Europe Express will be laid and operational in mid-2023 and the India-Asia Express in 2024. Reliance says the cables will meet the requirements of an increasingly data-hungry India and the current and anticipated demands for "streaming video, remote workforce, 5G and IoT" that are already straining the sub-continent's data infrastructure and services. Is it just me, or do the names of the new cables seem, subconsciously perhaps, to reference Indian Railways, the massive network (the 4th biggest in the world) that has been, and still is, absolutely vital to the economic development of India? If so, it's a nice idea.

In the UK demise of the landline has long been predicted. When mobile phones became first popular and then ubiquitous, estimations of the date by which the nation's essentially Victorian wireline technology would finally disappear shortened in direct proportion to the number of cell phones in use. Back in the 1990's, the general consensus amongst analysts was that fixed line telephony would be gone by about…. now. Strangely enough it's still with us, and reports of its imminent death have been exaggerated as often as Mark Twain's was. Certainly the number of wireline subscribers is greatly down on what it used to be, but many households remain reluctant to finally cut the cord that bind not least because landline phones will continue to work regardless of when any, or every, mobile network goes down for however long. When that happens they can, literally, be a lifeline. Wrappz, a "personalised accessories company," analysed Ofcom data to conclude that close to 50 per cent of UK households will have abandoned their landlines by 2030 (see Decline of the Landline: Brits Bid Goodbye To The Home Phone.) But this is the reality, according to data from Uswitch. Back at the start of 2000, about 95 per cent of homes and businesses had landlines. Over the 21 years since, that has declined to 80 per cent or 22 million connections. Thus, should the trend continue the last hold-out refuseniks will finally cut the wire by June 2067. Not next year, not by 2030, but in 46 years, by which time either A) much of the UK will be under water as the ice caps melt, or, B), we will all be telepaths communicating by the power of directed thought and teleporting to Mars to have lunch with Elon Musk. Fortunately, the research finds that 38 per cent of UK subscribers still own address books. I mean, writing things down on paper, come on, it's so infra dig. Useful though.​