MessageBird is worth $3 billion. Who knew? 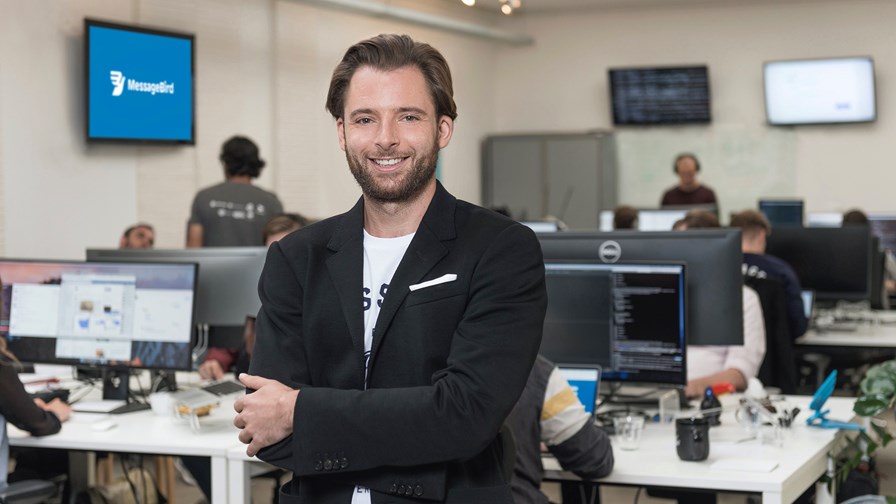 MessageBird has raised US$200 million in a new funding round led by US venture capital firm Spark Capital, a move that reportedly values the Dutch cloud messaging platform company at $3 billion.

MessageBird, Spark Capital and various other investors in the company have all shared details of the Series C funding round, but the valuation calculations came from Reuters. That $3 billion figure is a weighty sum for a messaging company that doesn't have a particularly high profile in major markets...yet.

The new funding will enable MessageBird to "continue to grow and execute on our vision to be able to text with businesses all across the globe and stop being on hold for customer service," said MessageBird founder and CEO Robert Vis. Which was essentially the message the company shared when it was founded in a garage in Amsterdam back in 2011.

Essentially, it has built a series of communications APIs that enable businesses to connect with their customers directly and quickly via multiple devices and channels, including SMS, chat and voice. It established itself in the market through numerous partnerships with telecoms operators worldwide and now has 350 employees in multiple offices – or as it refers to them, bird's nests – based in nine countries. It has 15,000 global customers and there are some big names in there – Uber, Lufthansa, Domino's and Levi's, to name but a few. It has repeatedly been described as a less well-known version of US cloud communications platform-as-a-service (CPaaS) provider Twilio, which was launched three years earlier. Twilio has a market cap of close to $45 billion at present, incidentally, on annual revenues of just north of $1 billion.

MessageBird does not share financials, but it is reportedly profitable. According to Atomico, which participated in its first funding round in 2017, Vis bootstrapped the business – that is, ran it using his own funds and relying on sales – to a $100 million run rate over six years before raising any outside capital.

Having once applied the CPaaS descriptor to its own business, MessageBird has in recent months begun to describe itself as an Omnichannel Platform-as-a-Service (OPaaS) company. It has built new products like Inbox, a customer service platform that allows businesses to tackle customer service requests via multiple channels – SMS, email, messaging, voice and so on – from a single interface, and also leans on AI and automation tools.

Consumers increasingly expect to engage with businesses via the same channels they use in their everyday lives, and in 2020 that means messaging rather than voice and email, Spark Capital's Will Read explained this week. "This shift in consumer expectations will drive companies to think about customer engagement in a new way — where omnichannel becomes a necessity vs. a nice-to-have. In this new world, we believe that companies will prefer to work with one global, omnichannel vendor rather than stitch together a number of disparate local/regional or monoline point solutions," he wrote.

That message gels with Vis's own apparent disdain for having to communicate with businesses in the method they choose, which for the most part means waiting on the phone to speak to an agent. MessageBird's Website promotes the message "get shit done," which clearly applies just as much to general customer service frustration as it does to the way in which Vis has built up the business in such a short space of time.

And investors are lapping it up.

MessageBird's Series A funding round in 2017 raised $60 million and was led by US VC firm Accel Partners and included Atomico and Y-Combinator. It made headlines at the time as one of the largest even early-stage venture capital investments in a European tech company. MessageBird played its cards close to its chest with regards to its Series B funding.

Following three rounds of funding, speculation will certainly mount over a MessageBird IPO. Vis has in the past spoken openly about a flotation at the right time. With the Covid-19 pandemic bringing about a huge increase in home working, that time could be sooner rather than later.