The future of quantum computing is counted in Qubits 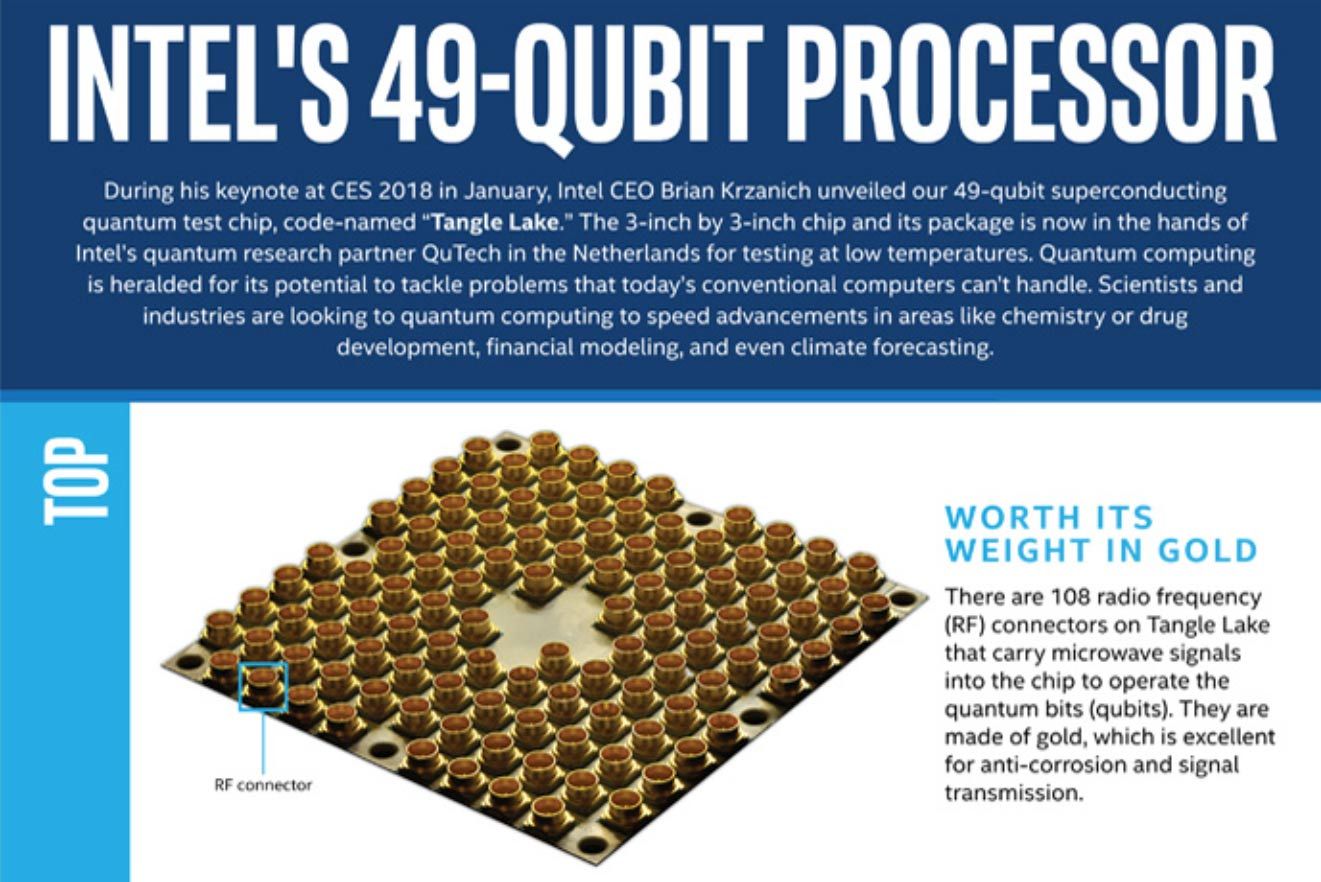 Quantum computing is heralded for its potential. Leaders in scientific and industrial fields are hopeful quantum computing will speed advances in chemistry, drug development, financial modeling and climate change.

Quantum computations use quantum bits (qubits), which can be in multiple states at the same time – quite different from digital computing’s requirement that data be either in one state or another (0 or 1, for example). Running a large number of calculations in parallel opens a future where complex problems can be solved in much less time on a quantum computer compared with a traditional digital device.

But while quantum computing has great potential, the field is in its infancy. And it will take many generations of qubit increases for quantum computers to begin solving the world’s challenges.

“In the quest to deliver a commercially viable quantum computing system, it’s anyone’s game,” said Mike Mayberry, corporate vice president and managing director of Intel Labs. “We expect it will be five to seven years before the industry gets to tackling engineering-scale problems, and it will likely require 1 million or more qubits to achieve commercial relevance.”

A small step in the quantum computing journey, the 3-inch-square Tangle Lake test chip is already in testing with Intel’s quantum research partner QuTech in the Netherlands.