Goodbye to broken screens. "Sticky glass" can mend itself 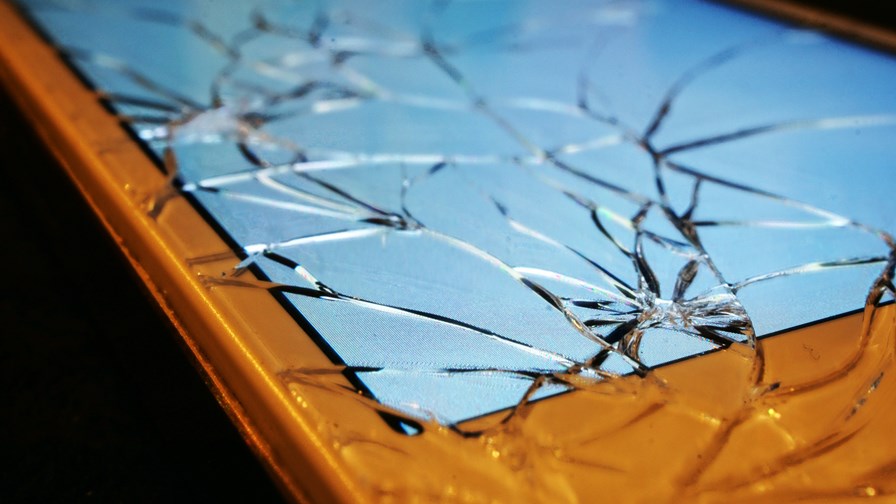 One the banes of modern life is the smashed or cracked screen on a  smartphone or tablet. Research has shown that at any time, in the UK at least 21 per cent of all smartphone owners have devices with cracked and broken screens. And it costs about US$300 to replace a top-of-the-range smartphone display.

Although most touchscreen devices are fitted with durable toughened protective glass we all know how easily they can be broken simply by being dropped a few feet or knocked off a table or desk onto a hard floor. Manufacturers spend a lot of time and R&D money on improving the strength of device screens but advances have been incremental rather than revolutionary - until now. Scientists in Japan have discovered a new polymer compound that can heal itself when broken! And they did it by accident!!

The new material is a low molecular weight polymer called polyether-thioureas, or sticky glass, that can automatically repair itself when it is cracked. What's more it can do so at ordinary room temperature, by normal hand pressure alone and within 30 seconds.

Various forms of self-healing rubber and plastics have been developed in the past by they have been largely unsuccessful except in very specific and specialist cases, not least because to "heal" they require intense pressure and high temperatures of 120 C or more. Polyether-thioureas mends itself at 21 C and simply by being pushed together manually.

The new material was discovered by accident by Japanese scientists researching new adhesive technologies and systems. Post-graduate student Yu Yanagisawa at the Department of Chemistry and Biotechnology in the University of Tokyo’s School of Engineering and the Riken Centre of Material Science, found that when the surface of the new polymer is cut the broken edges will re-adhere to one another simply by being manually pushed back together and held for half a minute or so. What's more, the re-fused polymer completely recovers all its original strength and other properties within two hours of the healing process taking place.

The new material, described in the latest edition of the academic journal "Science" is said to be low-molecular weight polymer with cross-linked hydrogen bonds that exhibit properties that are almost the exact opposite to those pertaining to conventional glass. Ordinary glass has a high molecular weight and is crystalline which makes it very difficult to mend breaks by re-aligning crystals without the applying heat and effecting a 'healing' at very high temperatures of at least 120 C.

On the other hand, the hydrogen bonding exhibited in polymer-thioureas occur in a regular saw-tooth pattern throughout the material permitting even repairs without irregular crystallisation.  Thus pieces of the "glass" will easily stick together and return to normal configuration, appearance and transparency after they have been damaged.

Yu Yanagisawa told the Japanaese national broadcaster NHK that he couldn't believe his eyes when he first saw the compound heal itself and repeated his experiments many times to confirm his discovery before telling the team leader Professor Takuzo Aida about it. The discovery is written-up in detail in an an academic paper catchily entitled, "Mechanically robust, readily repairable polymers via tailored non-covalent cross-linking."

Mr. Yanagisawa added, "I hope the repairable glass becomes a new environment-friendly material that avoids the need to be thrown away if broken."  Don't we all?