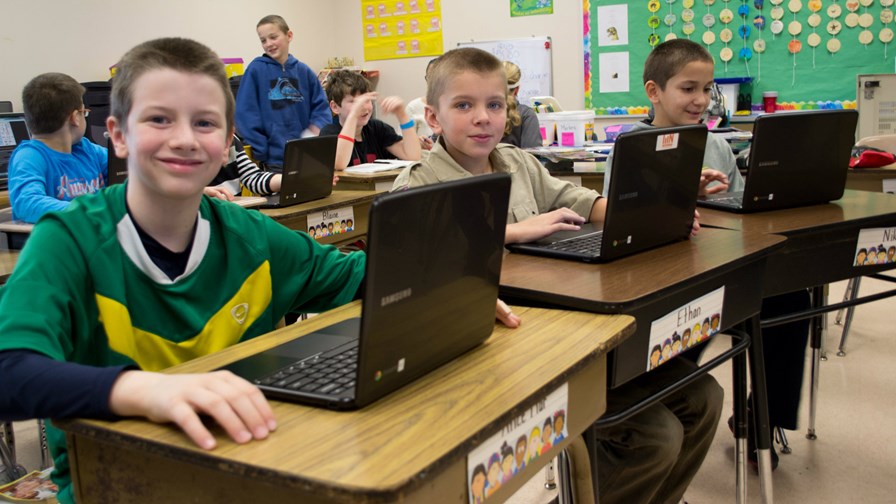 It feels like it’s time to close the curtain on this series about moving to Chrome OS with a Chromebook. I made the move last year and (on our old website) I reported what I was embarking on and, a few weeks later, reported that everything was going swimmingly.

At the time, and as a very long-term Macintosh user, I almost saw it as a sort of ‘coming down’ from the Apple high. Could I, in the style of aspiring ex-smoker, give up the local files and the high-pitched whining? (that’s a cooling fan, not me). Might I crack after the first week or so, be forced to admit my huge mistake and go back to Cupertino, tail between legs?

Nah…  turns out it’s very comfortable in the cloud.

So here we are, nearly a year later, and all is well. My Mac has been given away to a colleague and there’s now nothing that I did on it that I can’t do just as well or better using Chrome OS and the now well-stocked app and extension store, and I’ve only paid a dollar or two a month for one of them.  I don’t know how many apps Google has managed to stock, all I can say is that every time I’ve gone to it with a ‘need’ I’ve been able to find an appropriate app.

OK, one small glitch. One of the extensions I downloaded started slowing everything down so I did the recommended thing, switched them all off and then worked my way back, turning them on until I found the culprit.

Of course I have a real advantage in this test as my work is, probably like an increasingly large number of people, all online. Our site is online, the communicating we do is mostly online, almost all of my collaboration with colleagues is done online as well. I thought there might be a slight problem with tricky/processor-intensive tasks like picture manipulation. Turns out these work even better as cloud applications (all that virtual horsepower firing up to resize my Jpeg).

However, I knew I might have issues with a couple apps which are quite important. One thing I must do is ‘screen grab’ - take a picture of the screen and render it for use on our site. Turns out there’s a cloud app for that and it works brilliantly well and even stores all the material I generate.

Then there is Skype. I’ve used that for a long time too and clearly Microsoft is in no rush to make a client for Google’s Chromestore. Yes, that whole market may be about to be disrupted by the adoption of WebRTC services, but that hasn’t quite happened yet.  So I just use Skype on my smartphone which, arguably, is the right place for it anway (it works as well as Facetime on the iPhone).

Those are all the things that didn’t trip me up. The bonuses?

It fires up in a few seconds (in fact I only rarely every power it down). It’s a feather-weight in comparison to turning yourself into Richard III carrying a full-fat laptop.

Despite being light it can last pretty much all day on its battery (as long as you don’t use it solidly).

And it just works. Very seldom does it just throw up an error message and die (like the Macintosh) and there’s nothing tedious to do, such as installing software or ‘defragging’ the hard drive.

My experience with my little Chromebook makes Microsoft’s big ‘scroogled’ campaign last year look completely silly and, as said by many at the time including me, probably scroogled Microsoft more than its enemy.

No solid numbers of course but all the signs are that the Chrome OS products are on the climb. Some categories of business user are reported to be jumping on board and Google has also had a lot of success in schools.  So much so that Microsoft is reported to be working with its partners to match the circa US$200 price points that most of the products still hit. Microsoft is working on the assumption that people are buying Chrome OS because the products are cheap. The response to this new MS approach (if you can’t beat em, try and go down market to join em) from PC observers has been markedly cool with writers recalling the dim, dark days of the netbook of the last decade  -  it was small and cheap and underpowered. It’s death came with the arrival of the iPad.

Today, there are quite a few Chrome OS gadgets,including from Dell, Samsung, HP, Toshiba, LG and Google itself.  At the same time Google appears to be prepping touch screen functionality on the OS with a view to integrating Android.  Now that could be really useful.

So that’s the all-clear sounded. Nothing awful happens if you adopt Chrome OS, quite a few nice things are discovered and nobody gets scoogled.