Don't phub your partner up the wrong way. It's very rude 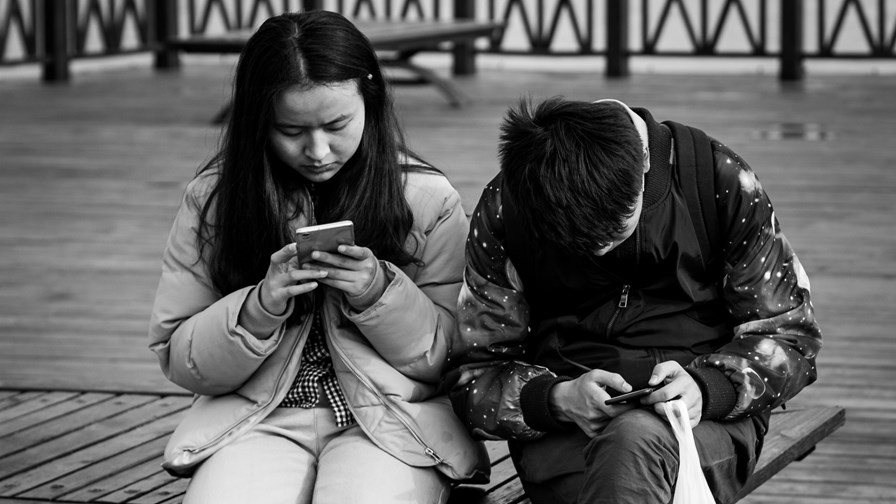 Modern streaming techniques and other video technologies notwithstanding, cinema films, from their very inception, were designed to be a communal experience. They are meant to be seen on a big screen by a big audience all sat together in serried ranks in a movie theatre. However, today's smartphones while they are eminently capable of showing high-definition movies on their little screens are intensely personal devices designed for and to be used by one individual. There's no way that watching a film on a smartphone can be a group participation event.

Modern society is about the individual. It's about me, me, me. We check our smartphones at least every six minutes, night and day, seven days a week, just in case we miss that elusive life-changing "something". The intense focus on the individual private individual personality is having profound effects on societies around the world.

Way back in 1961 Walt Disney released a very popular film called "The Absent-Minded Professor". In it Prof. Ned Brainard, played by Fred McMurray, invented 'Flying Rubber' or 'Flubber' for short. The anti-gravity material had the remarkable property of gaining energy every time it struk a hard surface thus permitting anyone wearing Flubberised sneakers (no trainers back in those days of course) to perform fantastic feats of athleticism such as a 40 foot high jump. It also permitted the Professor to adapt his ancient Model T Ford car to fly. Pretty useful stuff, I'm sure you'll agree.

And now, in today's very different and much more selfish world we have "Phubber". It's not a high-tech material but a composite word of 'phone' and 'snubbing' that is being used to describe one of the more evident antisocial psychological trends de notre jours; the now commonplace and compulsive practice of taking a call on a mobile device or scrolling through social media feeds, emails and texts and so interrupting the continuity and flow of an established and ongoing conversation between friends and partners.

Phubbing is rude and anti-social but it has become a societal norm. Furthermore, it yet another manifestation of the absolute and empirically provable reality of addiction to mobile devices and social media. Indeed, phubbing is spreading to such an extent that new research indicates that it is having a seriously deleterious effect on personal relationships.

A new study published by Baylor University of Waco, Texas in the US, (a venerable institution founded in 1845 when Texas was actually still an independent republic), shows that the continuous overuse of smart phones impacts badly on romantic relationships and that phubbing markedly decreases "relationship satisfaction overall." The deterioration is particularly evident in people who "are already insecure in their relationships." What's more, the report concludes that being constantly phubbed can actually exacerbate depression.

More than 46 per cent of respondents to the Baylor University research reported that they were routinely phubbed by their partner and 22 per cent experienced serious relationship conflict as a result. We have all seen it. The couples in bars and restaurants sitting in silence and totally ignoring one another as they concentrate on their smartphone screens and, perhaps even worse, one half of a pair trying in vain to make conversation with their partner while he or she remains engrossed in that shiny little screen.

It's a matter of where perceived reality and individual self-worth is deemed to lie, and it is pernicious. Surprisingly and interestingly, the Baylor report shows that it's not so much men as young, well-educated, extrovert working women who are the most persistent phubbers.

Smartphones affect human psychology by blurring the boundaries that separate our always on-call, always in-demand work personas and in combination with our acceptance belief that insubstantial impersonal relationships are actually important is affecting our direct and truly meaningful personal relationships.

The attachment anxiety related to smartphone dependence, the intense personal 'need' to value and prioritise what is happening  the screen of a mobile device, is an implicit message about priorities and demonstrates the displacement and downgrading of the importance of interactions with a partner.

It is ironic that smartphones, designed to be the ultimate in modern communications tools, are impeding inter-personal relationships between partners. Could this be because the likes of Facebook, Instagram and Twitter are fostering digital dependence by feeding our psychological need for acceptance, self-validation and perceived worth? Do we keep going back to check our smartphones every few minutes wherever we may be, at whatever hour of the day, to feed our egos and bolster the perception of our own importance?

It you have any of these symptoms of phubberisation, seek help now!

However, if you leave your smartphone on and answer calls whilst in a cinema or theatre don't bother. You are beyond all redemption and should be shot "pour encourager les autres."