Trouble on the poop deck as crap emoji flushed away 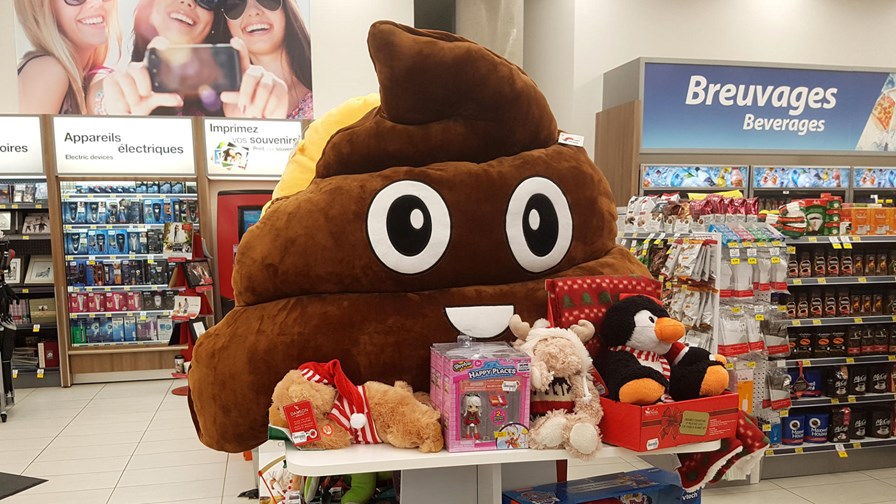 If silent movies were the world's first global language then the emoji could well be classed as the second. Generations of evolutionary developments from the ideograms, pictographs and emoticons which were first used on Japanese mobile phones in the late 1990s are now in ubiquitous usage all around the world. They first  took on an international dimension on the Apple iPhone back in 2011 and thereafter were quickly adopted by Android and other mobile operating systems.

Now there is no escape from the things and as they proliferate there is, of course, a technical body charged with authorising and policing the use of new emoji. This is Unicode Consortium, a computing industry organisation set up with the serious purpose of standardising the consistent encoding and representation of text as expressed in the great majority of the world's writing systems into software systems and products. This august body is now embroiled in a row over an emoji representing a heap of crap.

One emoji "under consideration" for inclusion in next year's classification is, I kid you not, the "Frowning Pile of Poo". Critics of the proposal to give the new emoji the official stamp of approval, exemplified by angry members of the Unicode Technical Committee, say the emoji has taken a wrong evolutionary turn, is  becoming far too commercial and frivolous, is damaging to the Unicode standard and is undermining the reputation of the overarching Unicode Consortium.

Andrew West, a typographer by calling, is a leading critic of the poo proposal and also of the Emoji Subcommittee that will vote on the implementation He says, “Emoji are among the most controversial characters that get encoded, yet they are rushed through with the minimum of scrutiny and public consultation. Why the rush?”

Mr. West suggests that emoji should be subject to a two-year long consultation and review process to ensure that "problematic emoji" don't make it through the approvals procedures. Currently emojis are proposed, voted upon, accepted and implemented with unseemly haste (i.e. a year).

While Unicode curates the list of standard emoji, individual apps designers and mobile manufacturers actually design the things. Thus there is already a pile of poo on the iPhone (as it were) but Apple customised it by adding a smiley face. What that says about what the emoji is meant to represent is a case for a Freudian psychoanalyst.

Among other emoji proposed for acceptance next year are a bald head, a ginger, a lobster, a mango and a badger. Can you imagine what they are supposed to mean and the deep disputations they might cause? The world is not just going mad, it's all the way there and then some. Quickly nurse! The screens!!