Britain's high-tech banking "revolution": so slow, gentle, partial and pointless that isn't a revolution at all 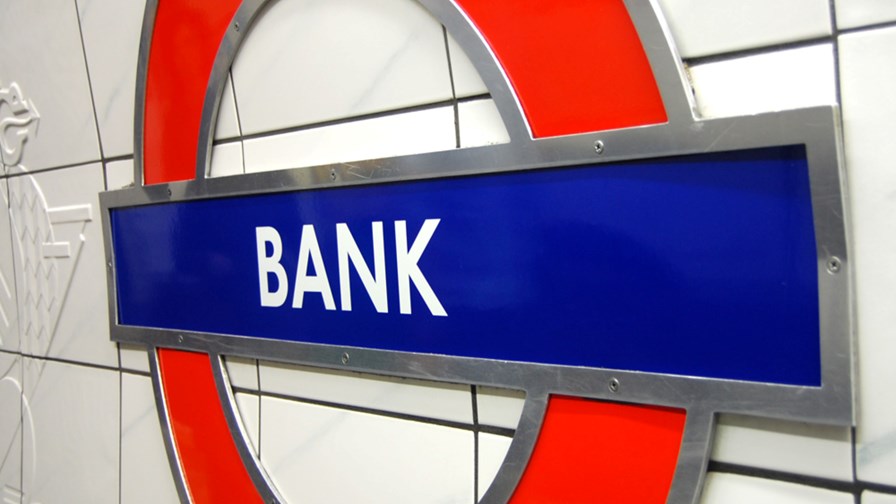 The attitude of the British to their banks is almost universally negative. At best they intensely dislike them, at worst they loath them from the very depths of their being. Why? Because 99 per cent of banks are smug, non-competitive, money-grubbing organisations that exist primarily to maximise their own unconscionable profits (and the pay and bonuses of far too many executives) by underpaying savers and over-charging for overdrafts and any other of the myriad of their so-called "services", "products" and "bundles" they can think up over long lazy lunches and then get underlings to push them at the punters.

Banks are headed by overpaid nonentities with their snouts permanently in the trough whilst way down the lengthy food chain the hapless clerks employed in local branches are forced to make the hard sell of these largely useless and expensive products to customers who actually still visit the ever-reducing number of banks on the UK High Street.

And, of course when banks take reckless gambles with their clients' money and the roof falls in, they run squealing to the government and get bailed out with incredible amounts of tax-payer money because, they claim, they are too big and important to be allowed to fail. And so the whole excrement-encrusted wheel does another slow turn - as is happening yet again in Britain right now where it is increasingly evident that the banks have learned nothing from the crisis of 2008, which brought most of them to their knees.

Mobile apps to open the way to banking heaven - or hell

Over many years, successive governments have pledged to do something about the state of British banking but, in reality, they have simply tinkered cosmetically around the edges of the superstructure and left the rancid guts of the machine untouched to continue along its egregious way.

And today comes another report. This one, a mere two years in the preparation, is from the UK's Competition and Markets Authority (CMA). It arrives at the leisurely conclusion that it is now time for banks to be compelled to provide their customers with exactly the same services that they now get (or are bamboozled and battered by) when visiting a bank branch office but, henceforth, courtesy of the white heat of the technological revolution, they will get on a mobile phone!

It has taken a very long time but surely this must be to the benefit of put-upon customers? Well, maybe or maybe not. We simply don't know what the effect will be because the banks don't have to introduce the new regime until late 2018. In other words it will have taken nigh on five years to force even this modest modernisation on recalcitrant banks. And the chances are that when they are applied they will be so dilutes as to be effective as a homeopathic cure for the Ebola virus.

The CMA ruling calls for banks to permit customers to access details of all their finances through a single mobile app. This will, the authority says,  include the capability to apply for loans, overdrafts and mortgages on their smartphones as well as to be able to manage their current accounts, savings accounts and (wonder of wonders) actually transfer money between accounts without having to queue up in a lengthy line in an understaffed bricks and mortar bank branch where, even as the echoes of the payment protection insurance scandal continue to reverberate around the nation’s banking halls, so-called "advisors" still target customers and try to persuade them to buy expensive, poor-value products and unnecessary account "add-ons" that do next to nothing for account holders but add more millions to the banks' bottom lines.

The CMA's claim is that this smartphone "revolution" will boost what is presently negligible shading down to non-existent competition because it will "enable customers to immediately compare their own bank's rates with other services" and allow them to move their accounts quickly elsewhere if they don't like what they see.

We can be pretty sure right now that the big established banks will do the absolute minimum necessary to be in compliance with the CMA's ruling because, despite their protestations that they fully embrace and encourage competition, the reality is that they hate it as much as they love the inertia that prevents account holders from switching accounts to another but equally uncompetitive banks. The UK has some 68 million bank account holders and last year just 1.4 million of them churned way to another bank despite a new regulatory regime that guarantees hassle free swapping in just seven days.

However, Britain's few and far between truly competitive upstart banks should gain from the CMA's decision but, long term, the biggest beneficiaries are likely to be massive organisations such as Google and Amazon that are considering getting into the banking and financial sector. Now that would be a revolution that would shake British banking to its foundations.

And, when the banks eventually do begin to provide and administer the "single app" solution they will have to be utterly certain that their systems are completely secure. Imagine the scandal that will develop the first time a massive glitch, service outage or fraud happens.

The CMA's ruling requires banks to share their customers' financial details with other, third-party "approved firms" to create banking apps that will give customers access to all of their financial details from multiple accounts. Such a process is obviously fraught with potential danger.

Under legislation passed last year by the European Parliament, banks must sign-up to "open banking API standards" that define what data they must provide to enable other companies to connect to them. The idea is that banking customers will be able to make payments without the need to go through the same sort of comprehensive security procedures they now have to perform when online banking from a computer. Again, it's a disaster waiting to happen - and that scary potential could give big banks ample opportunity to use it as an excuse to dilute the CMA's demands to the point that they will be useless. And ordinary account holders treat the notion of trusted third parr ties holding their vital financial data with the all the scepticism the half-baked idea deserves

In a blog posting this morning, the CEO of the fintech company Funding Options commented, said: "I'd fully expect the banks to push back against the 2018 timeline. But once open banking is up-and-running, new entrants will be able to enter the financial services market far more easily, whether brand new technology startups, or major technology players like Amazon."

We wait and hope - but in the meantime the CMA report is too little, too timid and too late to force UK banks to change anytime soon. A missed opportunity and yet again the banks will be laughing all the way to the bank.