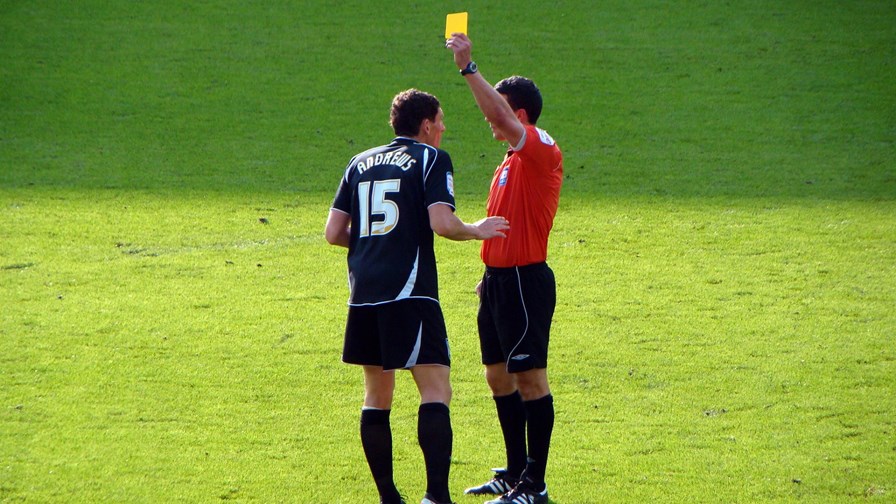 As if the European market for sports rights weren't controversial enough, this week Telefonica found itself on the receiving end of a financial penalty from Spain's competition regulator for overcharging rivals for wholesale access to a now defunct premium football channel. That's something of an oversimplification, but essentially correct.

The CNMC revealed that it has imposed a €1.5 million fine on the Spanish incumbent for a miscalculation that resulted in Vodafone, Orange and Telecable paying more than they should have for access to its Movistar Partidazo channel. In a nutshell, by underestimating the number of its own subscribers, Telefonica ended up paying a lower portion of the costs ascribed to the Movistar Partidazo channel, leaving its rivals to bear an additional cost burden.

In doing so, Telefonica contravened the terms of its 2015 acquisition of pay TV company DTS.

"This error gave Telefónica a competitive advantage," the CNMC ruled. It did not share any figures on the sums charged – or indeed, overcharged – to rival players, but given the size of the fine it is safe to assume that we're not talking huge amounts here, particularly when you take into account the current scale of the market for premium sports rights.

For its part, Telefonica, which plans to appeal the decision, insists that there was no harm to competitors, according to a spokesperson quoted in a Spanish-language piece from Reuters. It also noted that it returned the erroneously-calculated sums as soon as it realised its error, without any regulatory intervention.

But irrespective of whether or not there was any harm done, this constitutes some bad PR – an own goal, if you like – from Telefonica at a time at which pay TV operators, telco or otherwise, are facing eye-watering bills for sports rights and/or for reselling sports content.

Vodafone pulled out of the football market in Spain in summer 2018 due to the cost. It was paying out hundreds of millions of euros to Telefonica for football content that it was then able to sell on to only a few hundred thousand customers.

There is no easy answer for telcos when it comes to sport; they run the risk of upsetting customers whatever they do.

Last week I overheard a conversation in a pub library between a group of people complaining about the high cost of watching football on TV, because the rights are split between multiple players "and you have to subscribe to all of them if you want to see all the football." Although the English Premier League takes great pains to explain that it is increasing the number of available matches each year, therefore even subscribers to one package probably have access to as many live matches as they always have, if not more, the perception among consumers is definitely that not having multiple subscriptions means missing out.

Thus a telco shelling out huge sums for sports is not only competing to secure consumer wallet share, but also comes up against the perception of being part of some growing conspiracy to squeeze more and more money out of hard-working football fans, many of whom still remember when you could see a top-flight match live and still have change from a fiver for a pie and a pint.

Against that backdrop, the last thing telcos need is being incorrectly billed by the rights holder or channel operator. Every euro counts.